Swedish police say 35 people have been arrested as neo-Nazis and anti-fascists clashed during a march by the extreme right-wing Nordic Resistance Movement.

More than 30 people have been arrested as both neo-Nazis and anti-fascists clashed with police during a march by the extreme right-wing Nordic Resistance Movement in the Swedish city of Gothenburg.

The NMR gathered hundreds of people for the march on Saturday, many armed with shields and helmets, while many thousands of counter-protesters also hit the streets of Gothenburg.

Police had prepared for violence to break out and had called in reinforcements from all police districts in Sweden and added 350 temporary jail beds in a police garage. 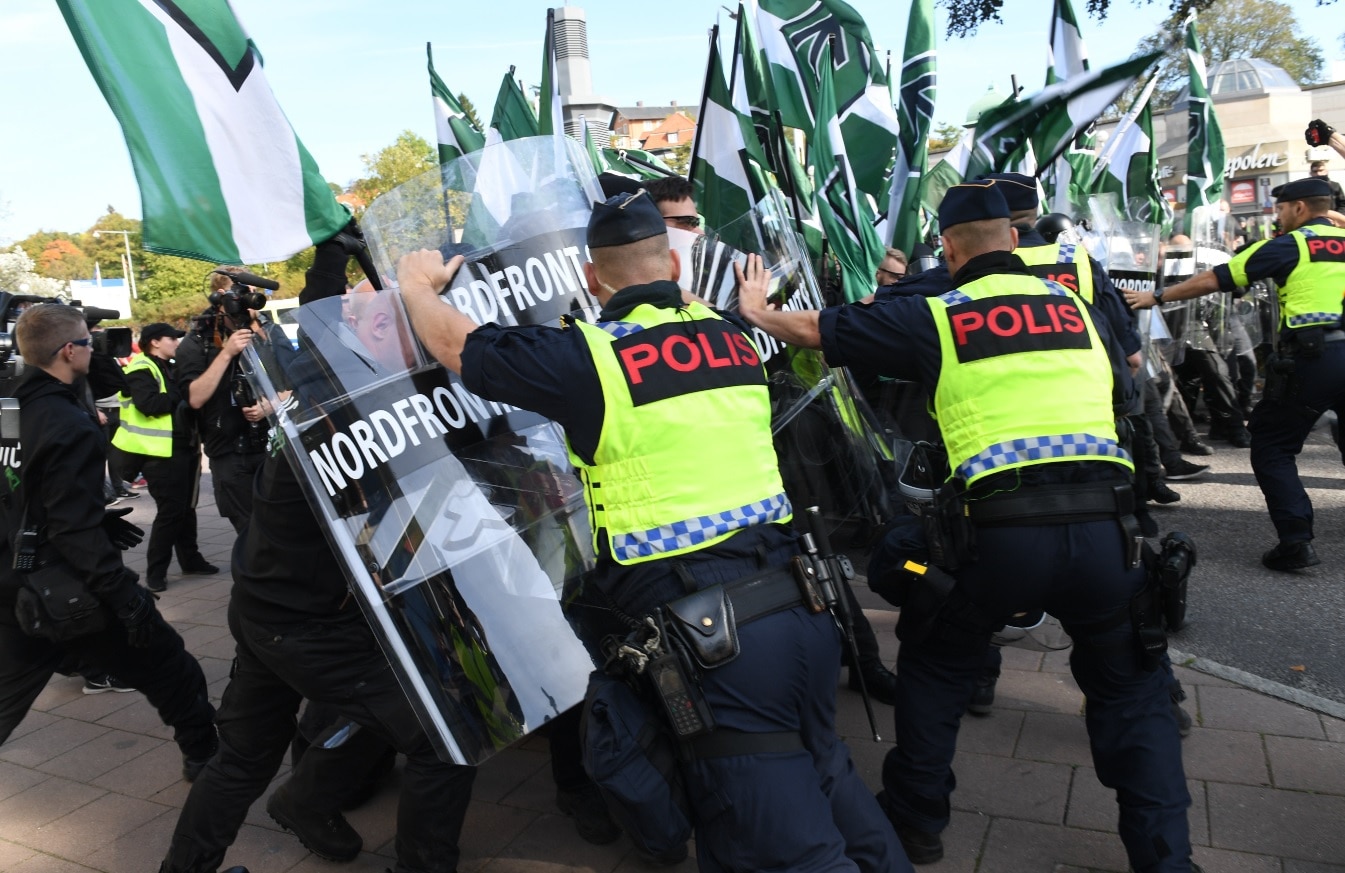 Membership in Nazi organisations is not illegal in Sweden and the NMR had a permit from the police to march.

Swedish police said on their website that 35 people had been arrested during the day. At least two people were injured, including one police officer who broke his arm.

Sweden has taken in more immigrants per capita than any other EU-country in recent years, much to the dismay of right-wing groups.

The extreme-right groups have become more active in Sweden, according to police. Three former members of the NMR were convicted earlier this year of a series of bombings targeting immigrants and political opponents.