The death toll from a powerful typhoon that hit southeastern China has risen to 33, as rescue workers used rubber dinghies to evacuate stranded people as swift currents swept by homes.

Typhoon Lekima triggered landslides and floods after making landfall in Zhejiang early on Saturday, about 300 kilometres south of Shanghai. 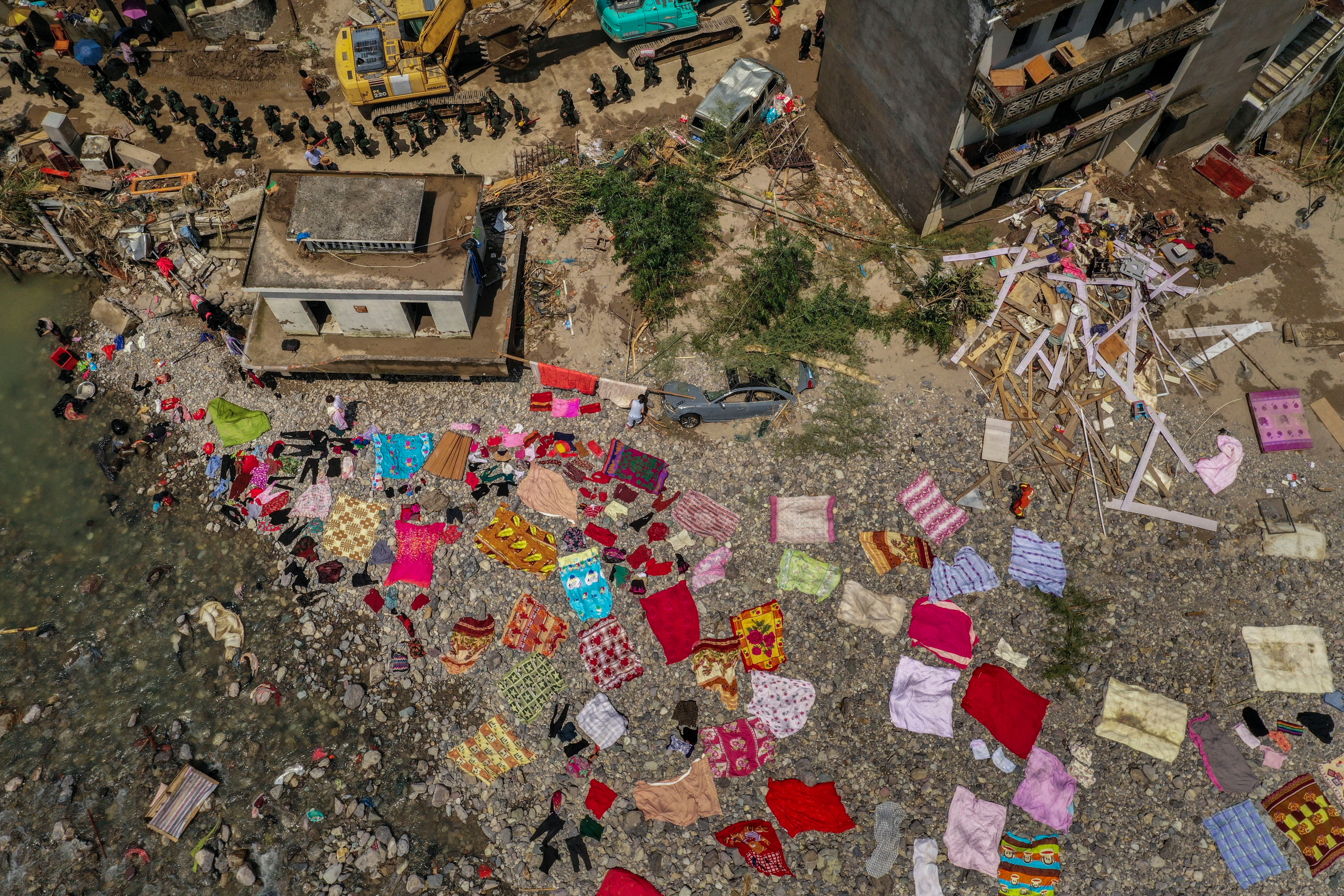 Most of the victims were in a village in Yongjia county, where a landslide blocked a river that then poured into the small town, killing 23 people. Nine others were unaccounted for.

Footage on state broadcaster CCTV showed buildings that had been smashed by the raging waters and workers using backhoes to clean up the debris.

To the north, parts of the city of Linhai remained flooded on Sunday, with water reaching up to the top of the first floor of buildings, leaving only treetops sticking out. CCTV showed people being rescued with life vests and boats in nearby Xianju county.

Lekima, which has been downgraded to a tropical storm, is expected to dump heavy rain on China's northeast in the coming days as it moves up the Pacific coast.

It forced the closure of Shanghai Disneyland on Saturday.