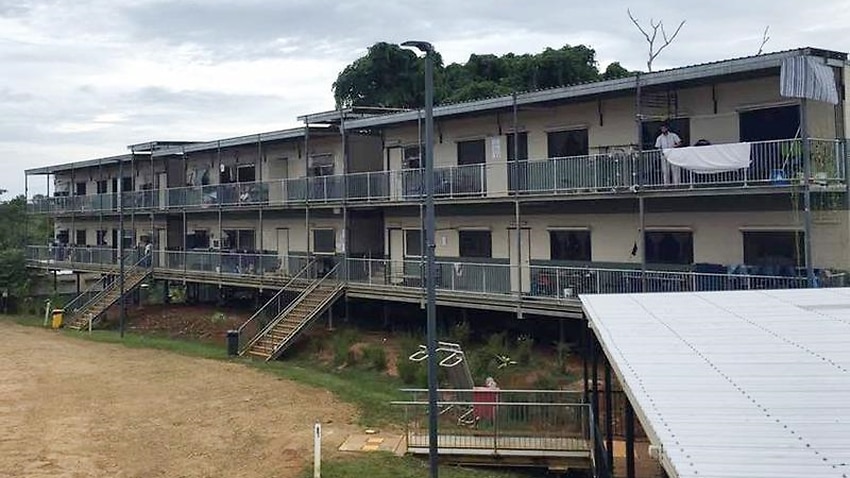 PNG authorities have moved dozens of men whose asylum claims have been rejected to a new Australian-funded immigration centre in Port Moresby.

Australian taxpayers paid $20 million for the construction of the new Bomana immigration centre, designed to house non-refugees ahead of deportation.

Refugee advocates said a notice handed out by authorities on Sunday night informed the men to surrender their mobile phones and pack their personal property as soon as possible.

"You will not leave room. Your meals and drinks will be provided to you in your room," the notice stated.

"If you are on medication we will administer this to you."

Advocates believe about 50 men have been moved overnight.

It's unclear how long they will be detained there but Refugee Action Coalition spokesperson Ian Rintoul warned that it could be indefinitely.

"The use of Bomana in these circumstances is the beginning of what could be indefinite detention because PNG cannot send these people home any more than Australia can," he told SBS News on Monday.

Mr Rintoul said he believed the new centre would be "closed detention" meaning the residents are unable to leave during the day, as is currently the case on Manus Island.

"Bomana is a very isolated prison area on the outskirts of Port Moresby. There's been no statement yet on the exact conditions, but at the moment their phones have been confiscated and it's our understanding that it will be closed detention," he said.

"It does look like they have been returned to the circumstances that the [PNG] Supreme Court said in 2016 were unlawful."

A department spokesperson said the management of asylum seekers whose claims have been rejected is a matter for the government of Papua New Guinea.

"The Australian Government and its service providers did not have any role nor influence in this process," the spokesperson said in a statement.

Mr Rintoul said asylum seekers yet to be transferred to Bomana were "extremely anxious", particularly some non-refugees who have been recently accepted for Medevac transfer to Australia.

"Those people are extremely concerned that they will be held in Bomana, or could be held in Bomana, rather than being transferred to Australia for medical treatment," he said, adding that many of the people deemed to be non-refugees have never made an official application for asylum.

"It's very clear to us that the so-called negatives have never been properly assessed. We've been asking for reviews of their cases for years, not just months, but years."