New Prime Minister Scott Morrison is refusing to say whether climate change is affecting the severe drought in Queensland and NSW. 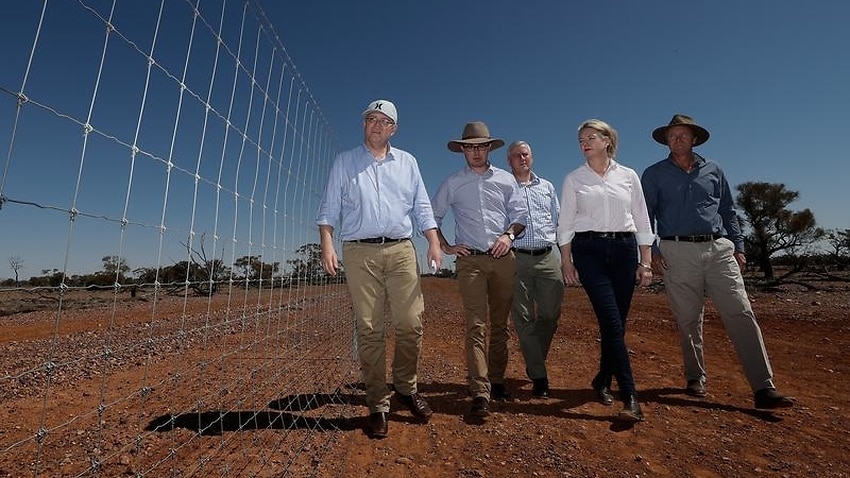 Prime Minister Scot Morrison has refused to speculate on the role of climate change in the drought. (AAP)

Scott Morrison won't say if human-induced climate change is associated with the drought because it doesn't help solve practical problems.

The new prime minister visited a drought-stricken Quilpie farm in rural Queensland in his first visit in the new role, but refused to say if he thought climate change was affecting the drought.

"Climate is changing, everybody knows that," he told reporters on Monday.

"It's not a debate I've participated a lot in in the past, because I'm practically interested in the policies that will address what is going on here right and now.

"I'm interested in getting people's electricity prices down and I'm not terribly interested in engaging in those sorts of debates at this point."

Mr Morrison said his passion for dealing with the drought came from a conversation with Nationals leader Michael McCormack in cabinet.

"Michael was really pushing that this really had to be put on our agenda and what our response was," he said.

"That had a big impact on me, Michael, and, as you know, we went through a whole range of packages that went through the budget."

Mr Morrison said dealing with the drought was not something that could be solved with one bit of relief.

Labor attacked Mr Morrison for making Barnaby Joyce a special drought envoy, calling the decision a slap in the face for farmers.

"The appointment of climate change denier Barnaby Joyce as his drought envoy is a joke and a slap in the face for all in the sector who want meaningful drought policy reform," Mr Fitzgibbon said.

But Mr Morrison said the role made good use of the former deputy prime minister's skills.

"I got a great text from Barnaby last night just on day one, as you expect, he has given me quite a list of things that he reckons," Mr Morrison said.

Mr McCormack said the government would contribute more money on top of the already announced $1.8 billion worth of measures to tackle the drought.

"We need to do more and we will do more," he told ABC radio.

Mr Fitzgibbon said Mr Morrison had made a bad start, accusing the prime minister of using drought as a plaything to improve his image.