Drowning is the leading cause of death among children with autism: report

Children with autism are more likely to die from drowning than neurotypical children, yet parents have not been equipped to manage the risk, a report reveals. 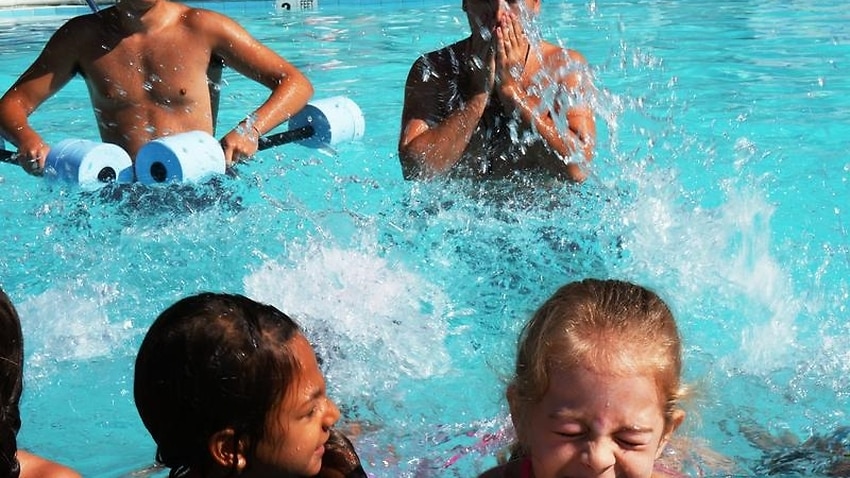 Children with autism are being pushed out of mainstream swimming classes like the one above. (AAP)

Drowning is the leading cause of death among children with autism, but there remains a huge gap in resources and advice being offered by clinical experts to parents, a report has revealed.

Children with autism are also being pushed out of mainstream swimming classes, which cannot accommodate their specific needs, thereby exacerbating the risks, according to the report by Autism Swim.

Released on Sunday, Autism and Drowning: The Underreported Issue, has revealed a lack of research on the "disproportionately high risk of drowning" for those who have autism spectrum disorder.

In a bid to lower the risk, Autism Swim, which is the world's only certifying body for aquatics and autism, has called on governments and healthcare providers to raise awareness and allocate funding to improve outcomes for these children.

The organisation, which trains swim instructors on how to teach those with autism, will release a new wandering and drowning prevention toolkit for parents on Monday.

According to the US-based National Autism Association, between 2009 and 2011, drowning subsequent to wandering accounted for around 90 per cent of total deaths reported in children with ASD aged 14 and younger.

Children with ASD are 160 times more likely to die from drowning compared to other children, according to the American statistics.

Autism Swim founder Erika Gleeson says Australian data is severely lacking, yet "there are so many people crying out for help".

In Australia, one in 70 people are estimated to have autism, and it represents the highest population of approved plans for the National Disability Insurance Scheme.

Children with autism often wander away from safety either to escape discomfort, such as sensory overload, or to reach a place of intense interest.

"They can be little escape artists, it often has nothing to do with the quality of parents," says Ms Gleeson, who is a senior behaviour specialist for autism spectrum disorder and intellectual disability.

Parents of children with autism report wandering as the most stressful behaviour, especially as it brings risks such as traffic injuries, falls, dehydration, encounters with strangers and hypothermia.

Drowning is one of the most lethal risks, and it increases with autism severity, according to the report.

"There's no research, but we can hypothesise that most people find water quite therapeutic and that drawing is exacerbated for those with sensory challenges," Ms Gleeson told AAP.

While a neurotypical child may be able to assess risk factors, such as water opacity at a river, currents and lack of adult supervision, someone with autism may just see the water, associate it with relaxation and jump in without taking into consideration the risks.

In addition, children with autism are often left behind their peers in swimming classes and they need more intense water safety education, Ms Gleeson said.

Some children need to be taught something as basic as coming up for air, she said.

"Going under the water is so enticing for them that the motivation to go up and get a breath is diminished...all their sensory systems are relieved when they go under," she said.