Home Affairs Minister Peter Dutton is attempting to axe a new system of medical transfers for asylum seekers on Manus Island and Nauru. 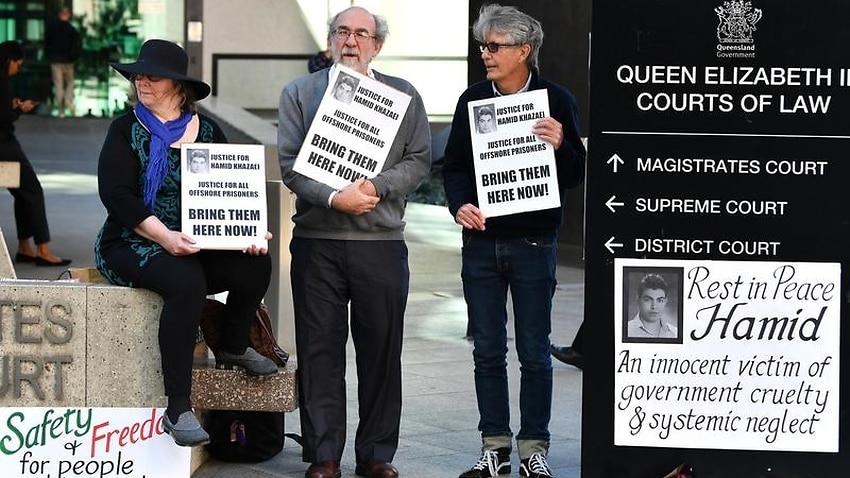 The government is keen to change the new medevac laws for asylum seekers on Manus Island and Nauru. (AAP)

A new system of medical evacuations for asylum seekers on Manus Island and Nauru could be destined for the scrap heap.

The laws were enacted against the federal government's wishes earlier this year, when it lacked a majority.

Mr Dutton argues "repairing" the legislation will ensure the Australian government is able to determine who enters the country.

"As a nation it is imperative we are able to determine who enters Australia and whether they should remain in our borders permanently," he told the lower house.

The minister argues the new method of medical transfers was never needed, and the previous system had helped more than 900 people come to Australia for medical help.

"This demonstrates the medevac laws were nothing more than a short-sighted political tactic for Labor to appeal to green voters in last May's election."

Labor opposes reversing the medevac laws, which give doctors a greater say in granting medical transfers.

Mr Dutton has the numbers to push the changes through the lower house, but faces a tougher test in the Senate.

Independent senator Jacqui Lambie, who is likely to cast the deciding vote, has not landed on a position.

"I still need a few more weeks on that ... my whole concentration has just been on these tax cuts," she told ABC radio.

The Asylum Seeker Resource Centre tweeted it would continue to do all it could to "save medevac from minister Dutton".

Mr Dutton on Thursday also sought to revive laws which ban asylum seekers who arrive by boat from applying for an Australian visa.

"No one who travels here illegally by boat will ever be settled in Australia," he said.

The ban would apply to adults who were taken to offshore processing centres after July 19, 2013.