Following a presentation at the Policy Exchange think tank in London overnight, Mr Dutton said two songs should be played at the NRL Grand Final if US rapper Macklemore was allowed to perform his pro-marriage equality song.

“I am into free speech... presumably two songs should be played, one for gay marriage and one against gay marriage,’’ he reportedly said, according to The Australian.

“I don’t think Australian parents taking kids to the footy want political messages down their throat,” he added. 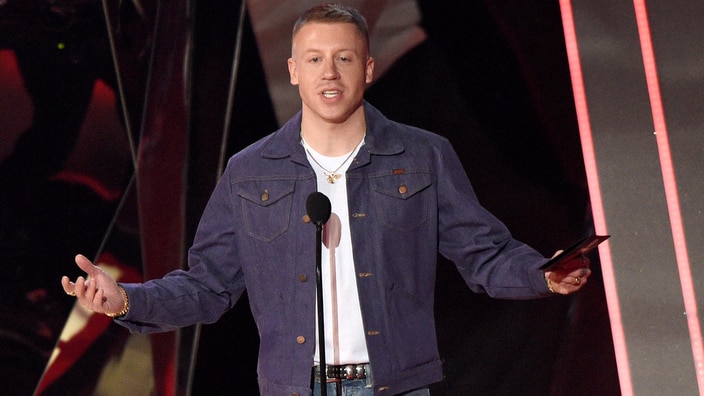 Macklemore presents the award for best lyrics at the iHeartRadio Music Awards at the Forum on Sunday, March 5, 2017, in Inglewood, Calif.
Invision

A handful of conservatives, including former prime minister Tony Abbott, have criticised the move.

But the Prime Minister has defended the decision in a series of media interviews.

"It's a question of respecting the artist," he told Nine’s Today show on Friday morning. 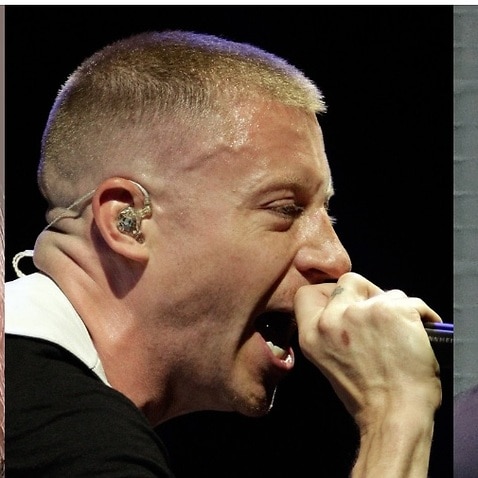 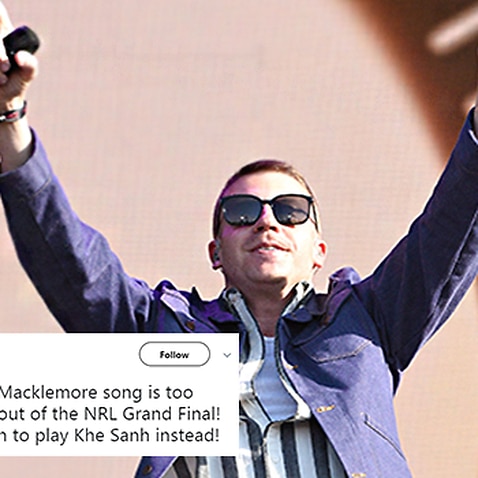 Same-sex marriage: All survey forms have been posted - so what happens now?

"That's one of his top songs, one of his hits. People expect him to play it. He wants to play it. The NRL supports same-sex marriage, what's the problem?

"Honestly I don't think trying to censor the playlist at half-time entertainment is certainly not my role. I look forward to it."

Since the controversy erupted, 'Same Love' - which was released in 2013 - has moved to number one spot on the iTunes chart and its music video sits in the number two spot as of Friday at 8.55am AEST.

Yesterday someone started a petition in Australia to ban me from playing Same Love at the #NRLGF. Today its #1 on iTunes. Love is winning ❤️

It was reported by Junkee both the song and the video were sitting in the number one spot on the Australian charts earlier this week.

On Thursday night, Mr Turnbull told Network Ten's The Project the attempts to silence the song were out of step with liberal free speech values.

The controversy was triggered when Mr Abbott tweeted on Wednesday that league fans "shouldn't be subjected to a politicised grand final".

"Sport is sport," he added.

He argued the song was one of Macklemore's hits.

"I thought Mr Abbott believed in freedom of speech," Senator Brandis he said earlier in the week.