Immigration Minister Peter Dutton has played down a rift with Papua New Guinean police over the handling of rape accusations involving three Australian guards at the Manus Island detention centre.

PNG police are investigating allegations the trio, who worked for Wilson Security, drugged and gang raped a local woman who also worked at the centre.

They are angry Australian authorities removed the group from the island before a formal investigation. 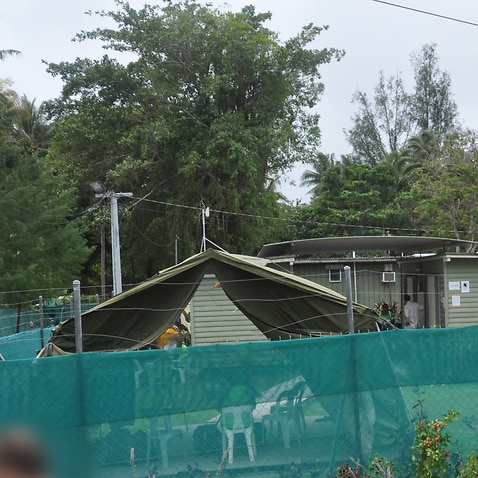 PNG police had threatened to storm the centre to arrest managers for perverting the course of justice unless the trio was returned for questioning by close of business on Thursday.

Asked if Australian authorities would hand over the men, Mr Dutton said it was a matter for the Australian Federal Police who are in contact with their PNG counterparts.

However, he said his department is also co-operating.

"I would just sound a word of caution here, there's always a lot of information in the background which is not able to be publicly released," Mr Dutton told reporters in Perth.He described the incident as being "completely and utterly unacceptable" on many levels.