In Australia, one in four pregnancies ends in a miscarriage.

In Australia, one in four pregnancies ends in miscarriage - most happening in the first 12 weeks – with 103,000 families impacted each year.

The UK woman is mum to five-year-old daughter Mollie and baby Dexter, but miscarried and lost Mollie’s twin early in the pregnancy.

"Since 2007, I've lost five babies and all quite early and within the first trimester and with bleeding and each one of those ending up in hospital having to have surgical management,” she said.

“We were lucky enough to have Mollie in 2014, but that was no means an easy ride.” 'I didn't have the flu, I'd lost my baby: Australian women call for paid miscarriage leave

After Mollie's birth, Ms Hewer and her husband tried for another child, but one miscarriage followed another.

She was recruited for trials of the diabetes drug sitagliptin, which doctors hoped would improve the condition of the womb, increasing a woman's chance of carrying a baby through a full pregnancy.

In 2017 Ms Hewer was given a biopsy and three months' supply of the diabetes drug. 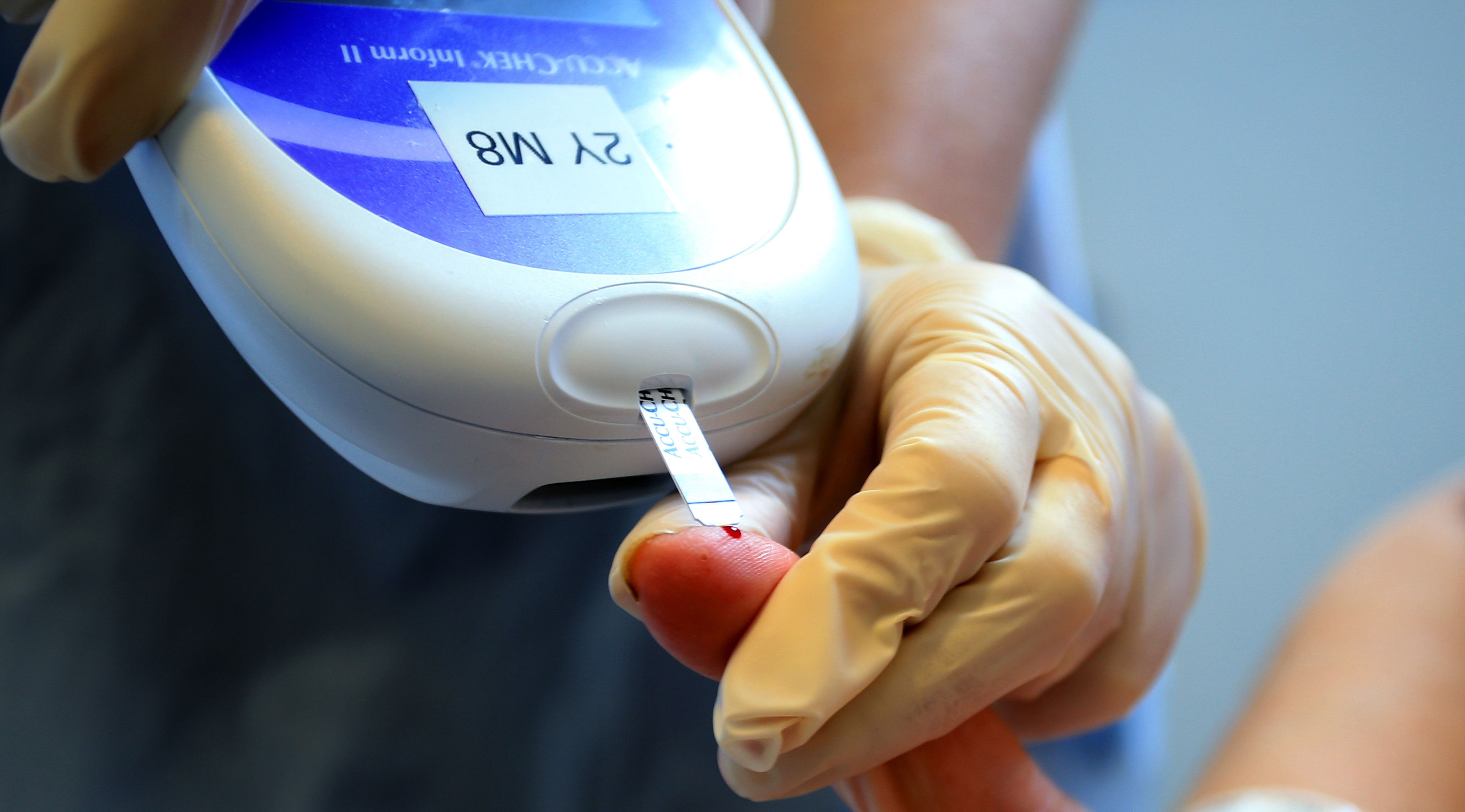 A diabetes test. New research suggests an existing diabetes drug could also be used as the first treatment to prevent miscarriage.
PA Wire

Ms Hewer said at one time she and her husband Martin could not imagine the joy of a complete family.

"It was tough and I'm quite a tough person, I take things in my stride,” she said.

“But it was very hard for myself and my husband. I think what made it harder was once Mollie was born. Having a child already and then suffering a miscarriage after Mollie, it was heart-wrenching to know that I might not ever be able to give her a sibling and also being pregnant and not knowing what to tell your child because you know, you're probably going to lose the baby that you're carrying.”

Ms Hewer was one of 38 women aged between 18 and 42 to be accepted on the trial run by researchers at the University of Warwick and University Hospitals Coventry in the English midlands.

Half were randomly given sitagliptin and the others a placebo.

The doctors said they picked out the people with the worst histories.

The diabetes drug was selected because of the way it works - reducing blood sugar if it's high, but doing nothing if you've got normal blood sugar.

The scientists said a side effect of sitagliptin is to make stem cells move from your blood into the injured tissue to repair it. 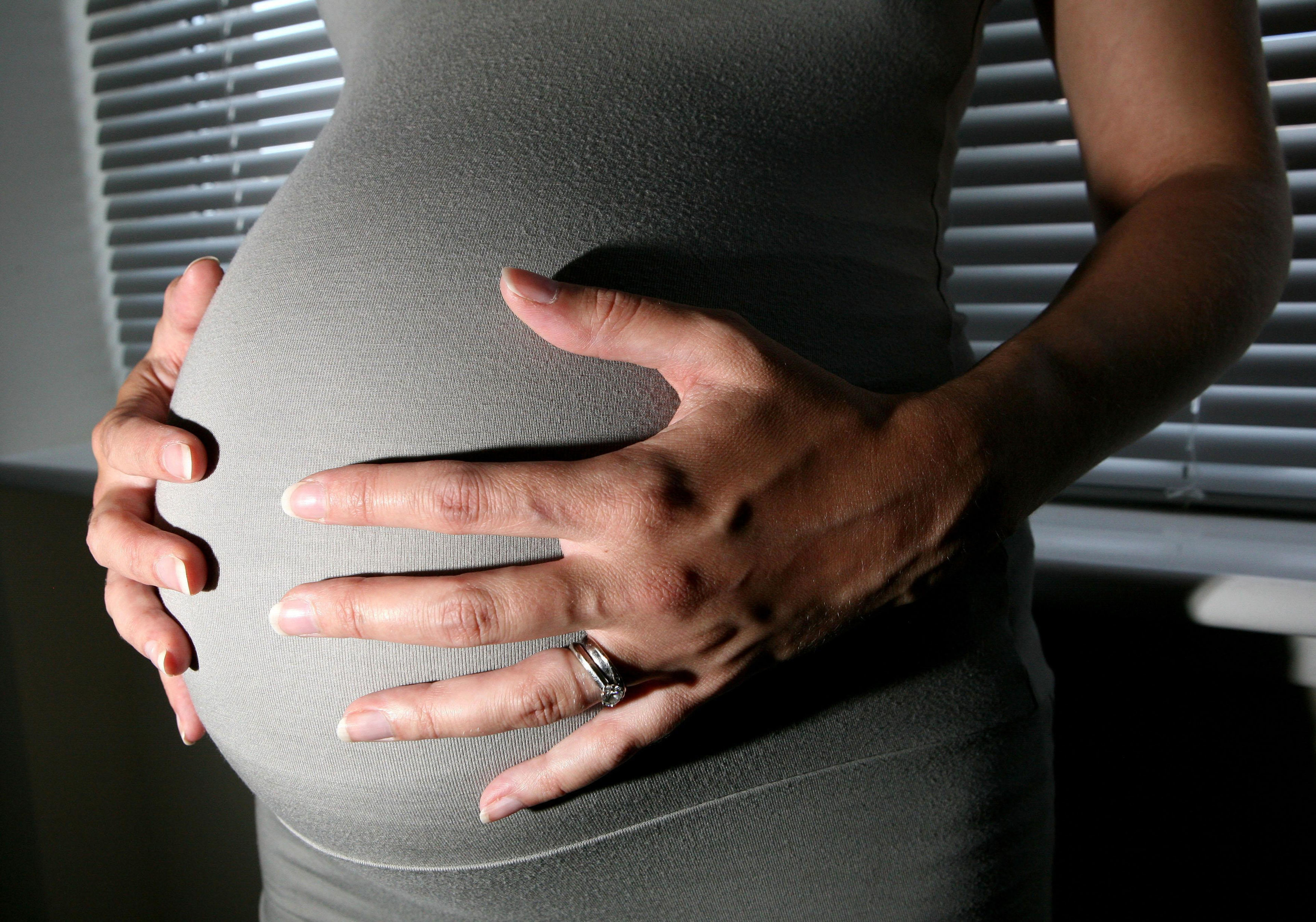 Every year, 103,000 Australian families are impacted by miscarriage.
PA Wire

Women's normal menstrual cycles are like injuries to the lining of the womb - and study leader Professor Jan Brosens explains they used the drug to draw a greater quantity of stem cells into the womb lining.

"A while ago we discovered that at the time of implantation there are specialist cells that will surround the embryo and those cells will serve as biosensors, meaning that they are programmed to either eliminate poor quality embryos or actively support their further development,” he said.

He said the purpose of the study was actually to look at the boosting of stem cells - but the side effect improved the chances of mothers carrying their babies to full term.

"The trial was not designed to actually measure a reduction in miscarriages, although women who were treated with sitagliptin, with the drug, actually did very, very well in their next pregnancy,” he said.

“So the trial was solely designed to see whether we could elicit the biological effect that we were after. And of course, the next step now is to do a large scale clinical trial to see how effective it actually is in preventing future miscarriages in these patients." 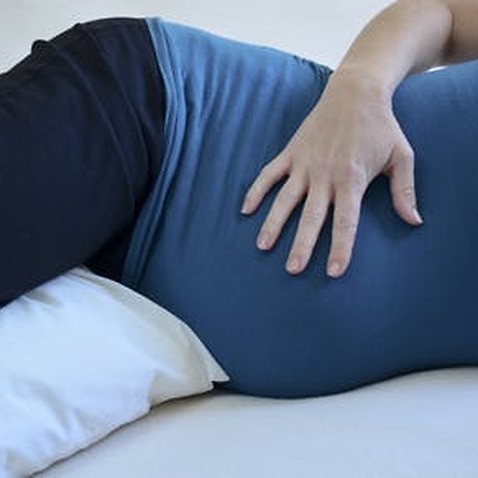 Although the results are promising, obstetrician Professor Siobhan Quenby warned the sample size is too small.

She said the next step is to do a large scale clinical trial to see how effective sitagliptin actually is in preventing future miscarriages in these patients.

Ms Hewer, however, is convinced she would not have a complete family if it was not for the trial.

"Finally started to relax around 30 weeks and he was born at 37 weeks nice and healthy,” she said.

If this story has raised issues for you or anyone you know needs help, you can contact: SANDS (miscarriage, stillbirth and newborn death support) on 1300 072 637 or the Stillbirth Foundation on (02) 9557 9070