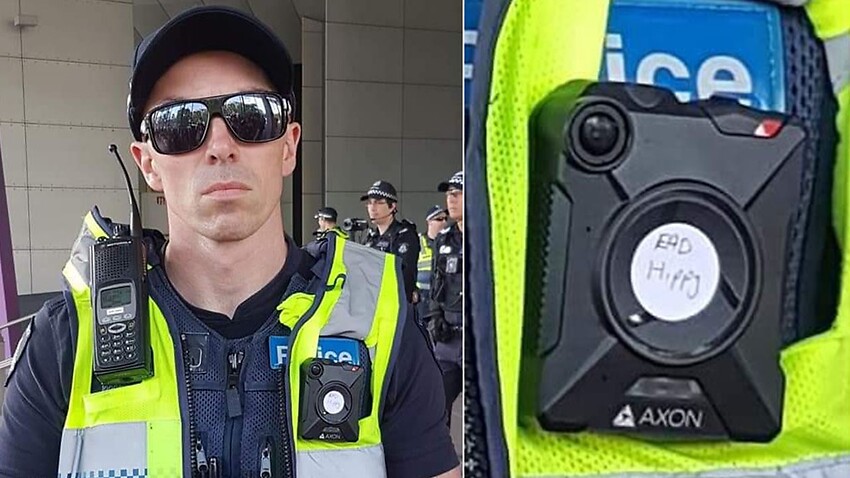 Victoria Police is investigating a photo of one of its officers with an indecent message scrawled on his body camera Source: Twitter

The picture was taken in Melbourne after a tense and violent week of climate change protests outside the International Mining and Resources Conference.

Copper with 'EAD (eat a dick) hippy' stuck over his bodycam. VicPol employee. Protect and serve and all that. pic.twitter.com/0KWWmFHplg

Incredible. I was obeying their direction to move to another area. I’m stunned. https://t.co/YsZDIjc9jO

Today I was reporting on #IMARC for @FarragoMagazine. I was not involved in the blockade, just a student journalist peacefully observing. Yet I was still pepper sprayed by police. This police brutality MUST end. @VictoriaPolice pic.twitter.com/CAwufSQGyJ