There are more than 250 languages spoken in homes around Australia, yet rates of language learning are on the decline and experts say urgent action is needed.

With Australia set to take in 12,000 refugees from Syria over the next 18 months, the country’s population is more diverse than ever.

But its growing multiculturalism is at odds with dwindling rates of language learning in schools.

Experts say the education system is under resourced and ill-equipped to foster bilingualism in large numbers of students and say these failings are compounded by increased nationalism and monolingual dominance.

They say the problem is so advanced that children are missing out on opportunities to develop skills that will help them in later life. 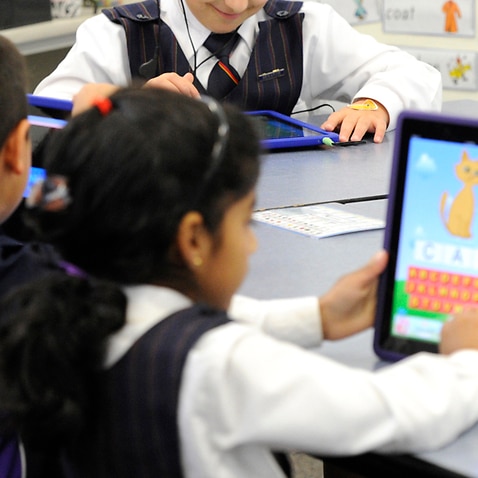 What does it take to raise bilingual children?

Anna Dabrowski, a lecturer at Melbourne University’s school of language and linguistics, said Australia was trailing behind countries such as Canada and the United States, where language learning is compulsory in schools.

"[Children in Australia] miss out on a lot of opportunities because they don’t have the language skills," she said.

Ms Dabrowski has called on state governments to make language learning mandatory - Victoria is the only state to mandate language learning in both independent and state primary schools up to Year 10 - and relax the qualification requirements for teachers’ aids to allow more people from diverse cultural backgrounds to help in schools.

"With so many refugees, migrants and newly arrived immigrants waiting on bridging visas being unable to work, there’s a huge amount of opportunity for them to share their language and culture in the school," she said

Does diversity translate in schools?

In February 2016, Australia's population hit 24 million and migrants were identified as the main drivers of growth since 2006.

According to the latest census, 77 per cent of the population speaks English at home followed by Mandarin (1.6 per cent), Italian (1.4 per cent) and Arabic (1.3 per cent).

In New South Wales, the second most spoken language after English is Arabic (2.8 per cent), while in Victoria it's Italian (2.4 per cent).

Do you have a tip for raising bilingual children that you would like to share? Email sylvia.varnham@sbs.com.au

But Ms Dabrowski said having a diverse population had not not translated into high rates of language learning in schools.

"If you look around the country we have more than 250 languages spoken in the home and our schools simply don’t reflect that diversity," she said.

"There are a number of reasons for this. Generally it’s a lack of qualified teachers. There have been scholarship programs to encourage more multilingual teachers into the profession [but] this unfortunately has not played out as well as the [Victorian] government has hoped."

But she said social attitudes were also to blame.

"There is an attitude [in Australia] that, 'We speak English - the dominant tongue - why would you learn something else?'" she said.

"It does have elements that are steeped in nationalism and patriotism."

She said Australia's "monolingual mindset" set it apart from many countries around the world where multilingualism is the norm and not confined to the rich.

In the United States, learning a second language is compulsory for all high school students for at least two years and in Canada - where English and French are both official languages - government services are offered in two languages and schools offer immersion language education.

In Australia, Indigenous languages have also suffered from low rates of learning, with many now lost altogether.

Ms Dabrowski said many positive steps had been made at a state and federal level to boost language learning in Australia, but said more work was needed to make up for years of "assimilation policies."

"There has been this adversity towards [multilingualism] and [a belief] that people come to Australia and they assimilate and they speak English like everyone else," she said.

A lot is written about the benefits of bilingualism but confusion persists about alleged drawbacks.

Dr Mark Antoniou, a bilingualism expert with the University of Western Sydney's MARCS Institute, said the most common myths were that learning a second language could cause developmental delays or a child to lag behind their peers. Another common misconception was that bilingual children would get confused between their languages.

Dr Antoniou said these myths originated from "poorly done studies" dating back to the first and second world wars, when large amounts of migrants arrived in the United States and other Western countries.

"[The migrants] were tested and they did very poorly - probably because they couldn’t understand the language the test was being conducted in - and the conclusion that those researchers reached was that their bilingualism was the cause of their delays and impairments," he said.

"It really wasn’t until the mid '60s that researchers realised that bilingualism is not a bad thing but in fact it may benefit the brain. Initially that idea was met with a lot of resistance but time showed it to be correct." 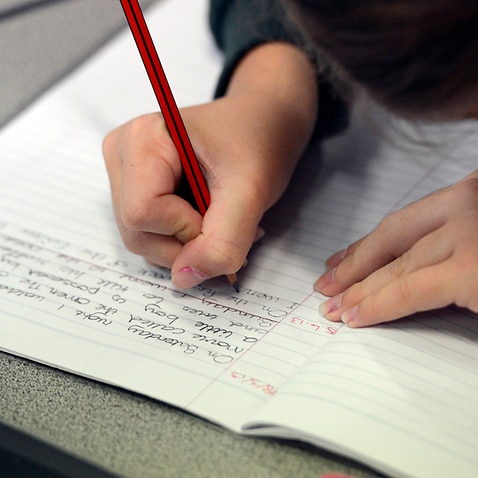 Language learning in schools: Are we wasting our children's potential?

He said bilingualism offered a range of benefits that set language speakers apart from  their monolingual peers.

However Dr Antoniou agreed that Australia still had work to do in normalising language learning.

"In general in the west we have a slightly warped view of the world and languages in the world," he said. "Most people speak more than one language, so growing up speaking only English actually places us in the minority."

"One of the main goals of the Australian government is for or children to speak the languages of our key trading partners because they think it is essential to unlocking Australia’s economic potential and I think that’s spot on," he said.

Anna Dabrowski agreed, saying the community needed to get behind the push for greater diversity.

"Australia is a nation of migrants so we have a huge opportunity to celebrate and show the world the diversity that we have," she said.

Next in SBS' bilingual series: What does it take to raise bilingual children?