This weekend, divers will place Lauren Bruner's ashes inside the battleship Arizona where it sank in the Japanese attack on Pearl Harbor exactly 78 years ago.

On December 7, 1941, then-21-year-old Lauren Bruner was the second-to-last man to escape the burning wreckage of the USS Arizona after a Japanese plane dropped a bomb that ignited an enormous explosion in the battleship's ammunition storage compartment.

He lived to be 98-years-old, marrying twice and outliving both wives. He worked for a refrigeration company for nearly four decades.

This weekend, divers will place Bruner's ashes inside the battleship's wreckage, which sits in Pearl Harbor where it sank during the attack 78 years ago that thrust the United States into World War II. 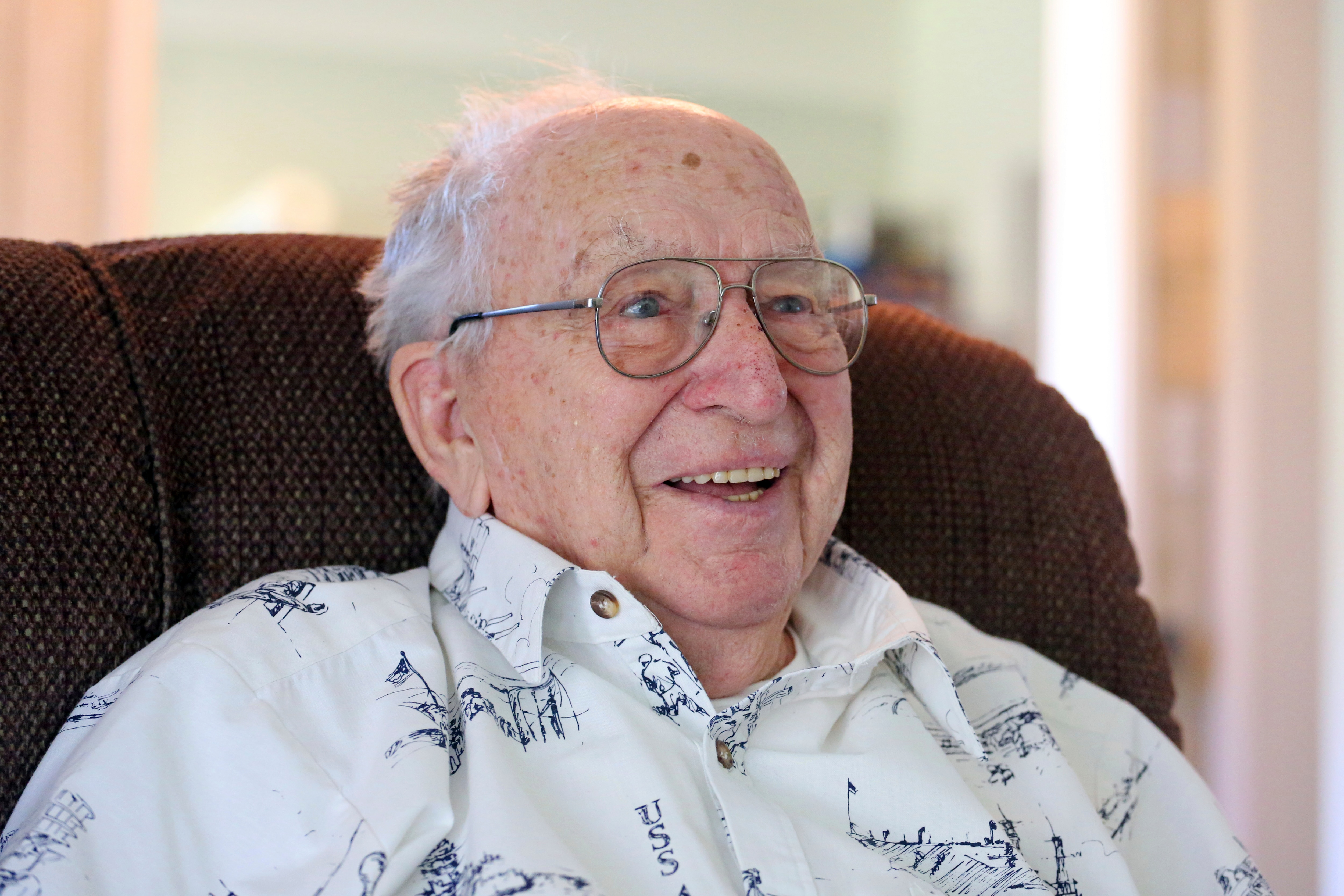 The Southern California man will be the 44th and last crew member to be interred in accordance with this rare Navy ritual. The last three living Arizona survivors plan to be laid to rest with their families.

Bruner said he wanted to return to his ship because few people go to cemeteries, while more than 1 million people visit the Arizona each year. He also saw it as a way to join old friends who never made it off the warship.

"I thought, well, all my buddies are right here. And there are a lot of people who come to see the ship," Bruner told The Associated Press in an interview in 2016, three years before he died in his sleep in September. Bruner travelled from his La Mirada, California, home to attend Pearl Harbor anniversary events many times. 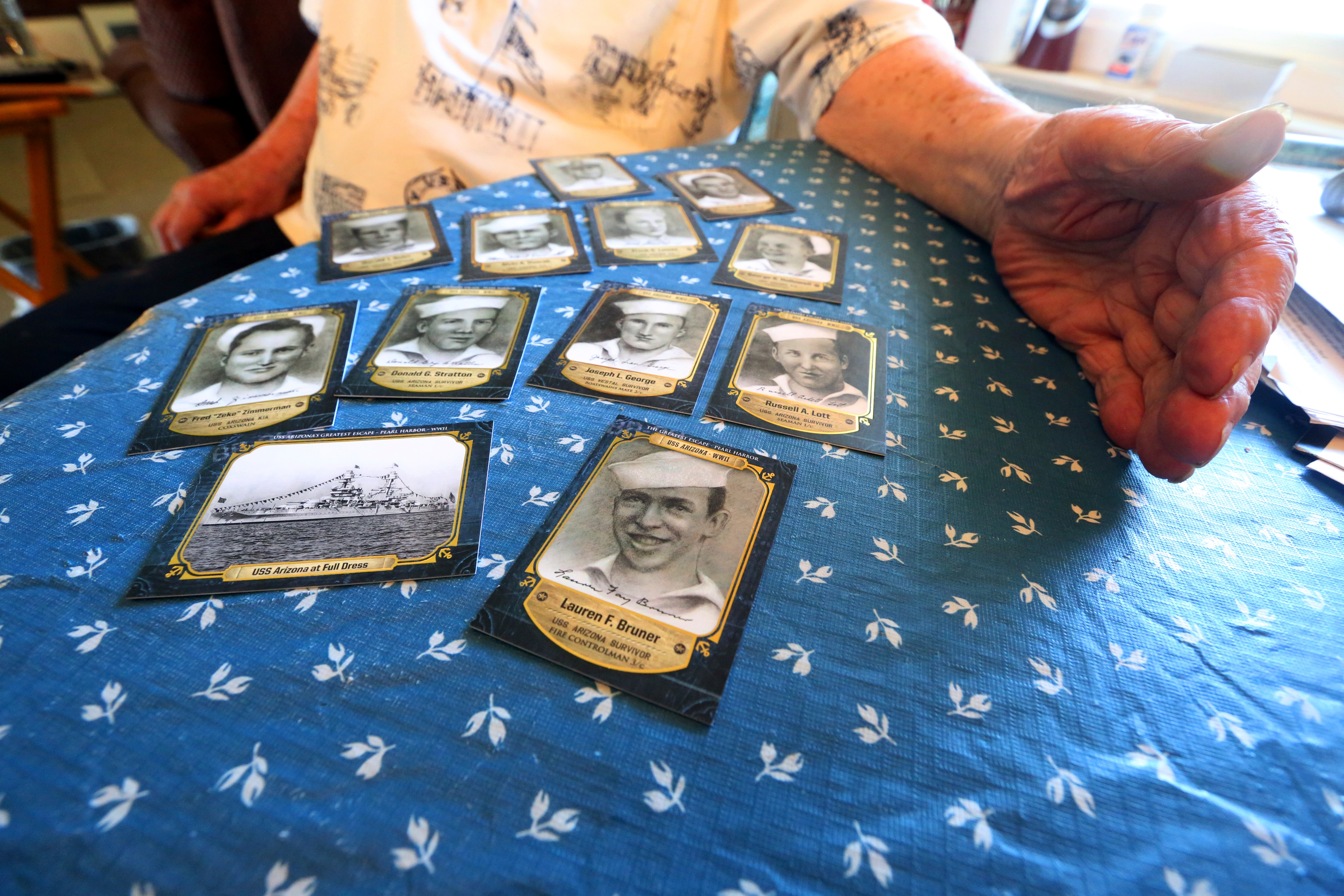 Lauren Bruner poses with cards showing the ship and some of his shipmates.
AP

The Navy began interring Pearl Harbor survivors on their old ships in 1982. The wrecks of only two vessels remain in the harbour - the Arizona and USS Utah - so survivors of those ships are the only ones who have the option to be laid to rest this way. Most of the ships hit that day were repaired and put back into service or scrapped.

Neither underwater archaeologists at the Navy History and Heritage Command or those who handle burials for the Navy Personnel Command were aware of any interments conducted on sunken Navy vessels elsewhere.

Of the 1177 USS Arizona sailors and Marines killed at Pearl Harbor, more than 900 could not be recovered and remain entombed on the ship, which sank in nine minutes. A memorial built in 1962 sits above the wreckage.

Sixty died on the Utah, and three have been interred there. At least one of the three living Utah survivors wants his ashes placed on his old ship.

Bruner's ashes will be placed aboard the Arizona following a sunset ceremony Saturday, the anniversary of the Japanese attack. 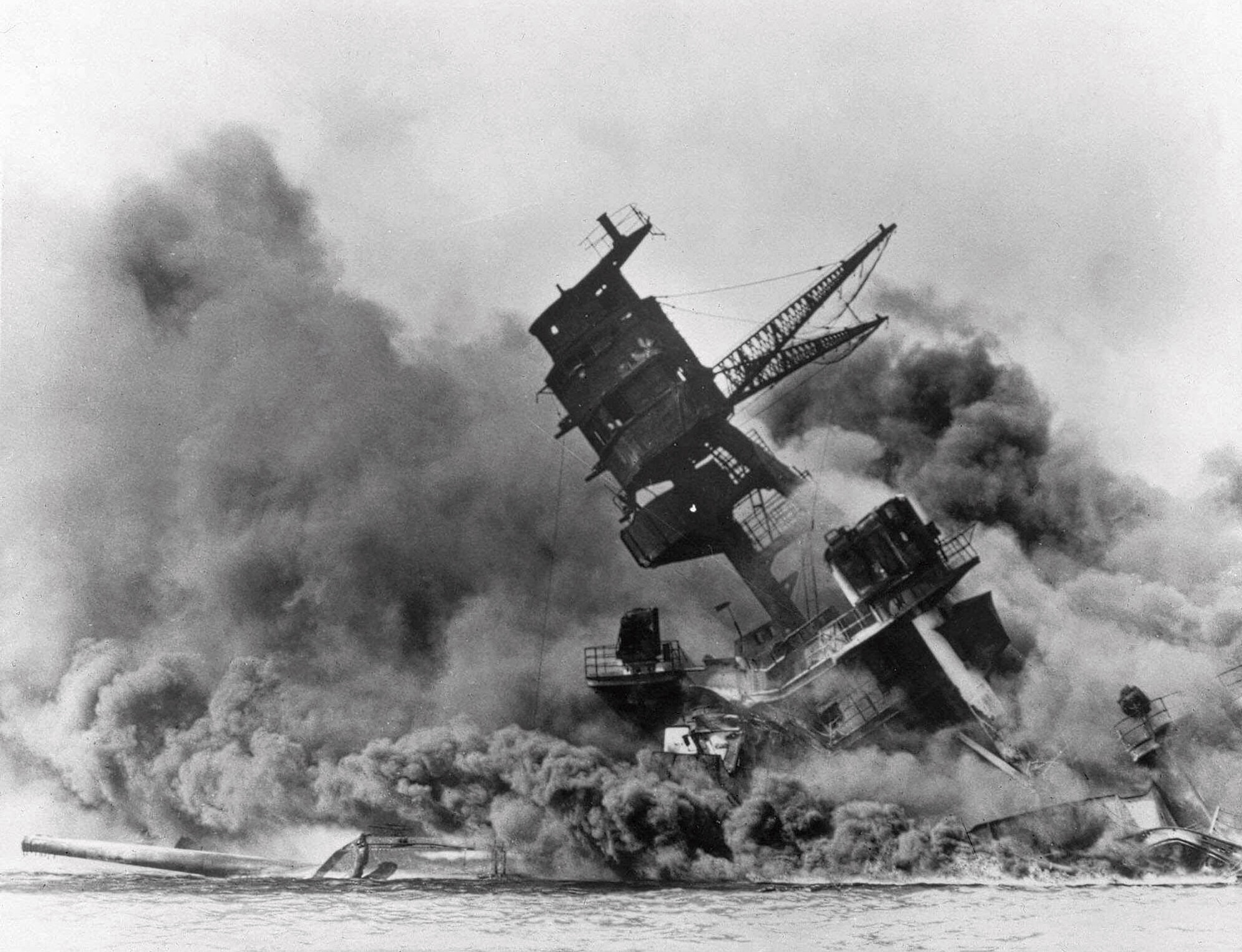 Smoke rises from the battleship USS Arizona as it sinks during the Japanese attack on Pearl Harbor, Hawaii.
AP

Loved ones will stand on the USS Arizona Memorial's dock and hand an urn to scuba divers in the water. The divers will guide the container to the barnacled wreckage and carefully place it inside.

Servicemen will then perform a gun salute and present an American flag to next of kin.

Daniel Martinez, chief historian for the Pearl Harbor National Memorial, said the Arizona ceremony honours those who survived the bombing while also offering a reminder of the many lives cut short because of it. Much of it is held fronting a white marble wall engraved with the names of the Arizona sailors and Marines who died in the attack.

"It's a celebration of a life well lived," Mr Martinez said.

In all, more than 2300 Americans died in the attack on Pearl Harbor.