Endangered 'dinosaur' Wollemi pines saved by firefighters ahead of bushfires

Authorities are preparing for forecast heavy rains that could impact water quality and lead to flooding and land slips in bushfire-ravaged parts of NSW. 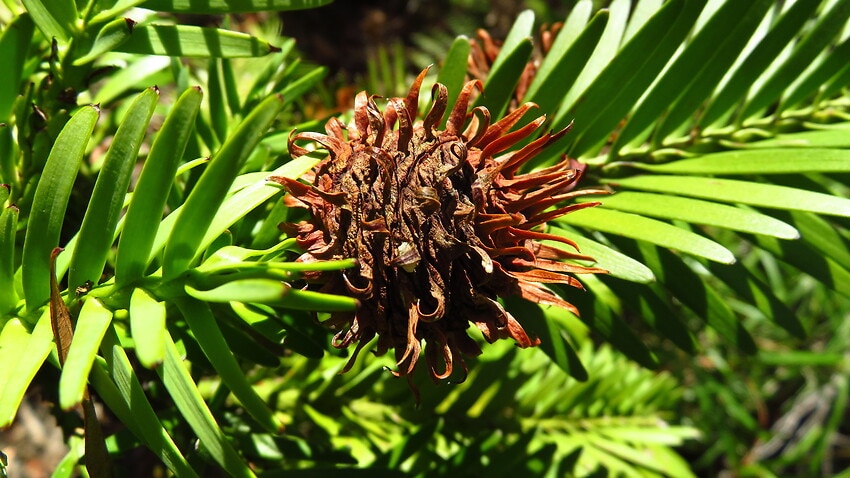 NSW firefighters have saved the last of the so-called "dinosaur trees" remaining in the wild after dousing the Wollemi National Park with fire retardant and laying an irrigation system during the recent bushfire crisis.

The state government on Wednesday confirmed efforts by the NSW National Parks and Wildlife Service and NSW Rural Fire Service had ensured that the wild Wollemi pines survived the Gospers Mountain mega blaze.

The fire, which was this week finally brought under control after two-and-a-half months, ripped through more than 512,000 hectares north-west of Sydney.

But the desperate efforts of firies, who used large air tankers to drop a blanket of fire retardant over the remote area, saved the trees which have grown since the age of the dinosaurs.

Specialists firefighters were also dropped into the site from helicopters to lay an irrigation system and NSW Environment Minister Matt Kean said while some trees were damaged the species would survive.

"The 2019 wildfire is the first-ever opportunity to see the fire response of mature Wollemi pines in a natural setting, which will help us refine the way we manage fire in these sites long-term," he said.

"Illegal visitation remains a significant threat to the Wollemi pine's survival in the wild due to the risk of trampling regenerating plants and introducing diseases which could devastate the remaining populations and their recovery."

Parts of central NSW received rain on Wednesday and more were expected across the state on Thursday but authorities fear forecast heavy falls could impact water quality and cause landslips and flooding.

Up to 30mm is predicted for parts of the south coast however falls are expected to be patchy due to associated thunderstorms.

Meanwhile, the rejuvenation process has begun in parts of NSW with inspections of bushland in Kulnura near Wyong on the Central Coast revealing new growth had already begun.

The Darkinyung Local Aboriginal Land Council inspected bushland on Wednesday for the first time since the Three Mile Fire ripped through the area.

The council's senior land management officer Kelvin Johnson said some trees which were up to 400-years-old had been hollowed out and others completely destroyed.

However, some trees had begun to throw up new green shoots and it would take 18 to 24 months for the area to recover.

"In some spots, it breaks your heart that a month ago it was lush, green and flowering," Mr Johnson said.

"Big old trees are now just black stumps attached to the ground. In saying that, it did get heavily hit but it did [failry] good compared to other areas.