Twenty-five-year-old Courtney Herron's body was found in a Melbourne park on Saturday after what police called a "horrendous bashing".

Henry Richard Hammond, 27, has since been charged with her murder.

She is the 20th woman to be killed in Australia this year, according to one count, and her death is part of a nationwide crisis of violence against women, say those campaigning for change.

"It's understandable that people are very engaged when something strange and terrible happens in a park. But we have to recognise that this violence is not unusual - this happens to women every day in their homes," co-founder of Counting Dead Women Australia Jenna Price told SBS News. 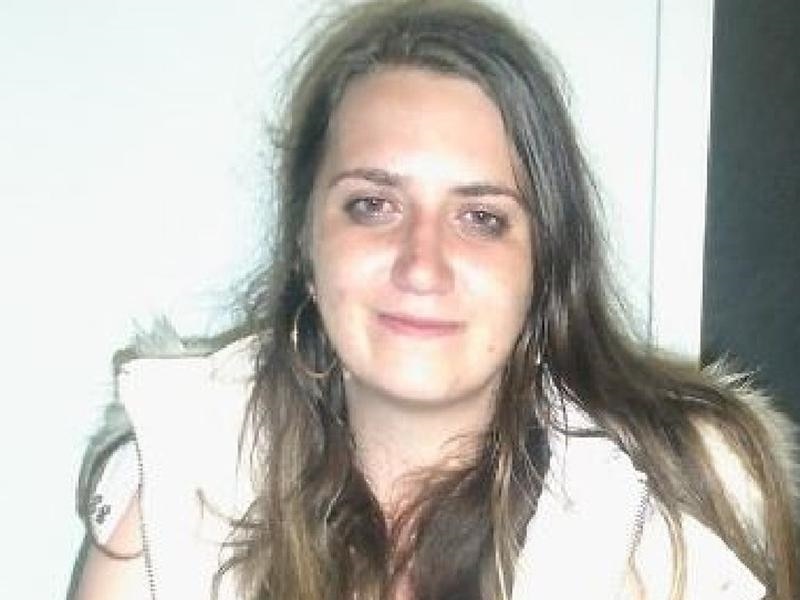 Since 2012, the Counting Dead Women project has researched and collated every "femicide" nationally. Ms Herron is the 20th woman on their list in 2019.

Ms Price said it was important to keep a tally as it highlighted the broader problem Australia is grappling with.

"Each individual case doesn't provide proof of anything ... [But] this is part of a pattern and we need to address the reason this is happening."

"Courtney Herron's case is one of many parts of the same picture of violence against women."

Ms Price said the Counting Dead Women total in May 2019 is roughly the same as this point in previous years, meaning there has been little progress on addressing the issue.

She urged the re-elected Morrison government and state governments to better address violence against women.

"We think a lot about trying to educate around consent and respect by the time people are adults. That's far too late. We need to be addressing those questions when people are in preschool." 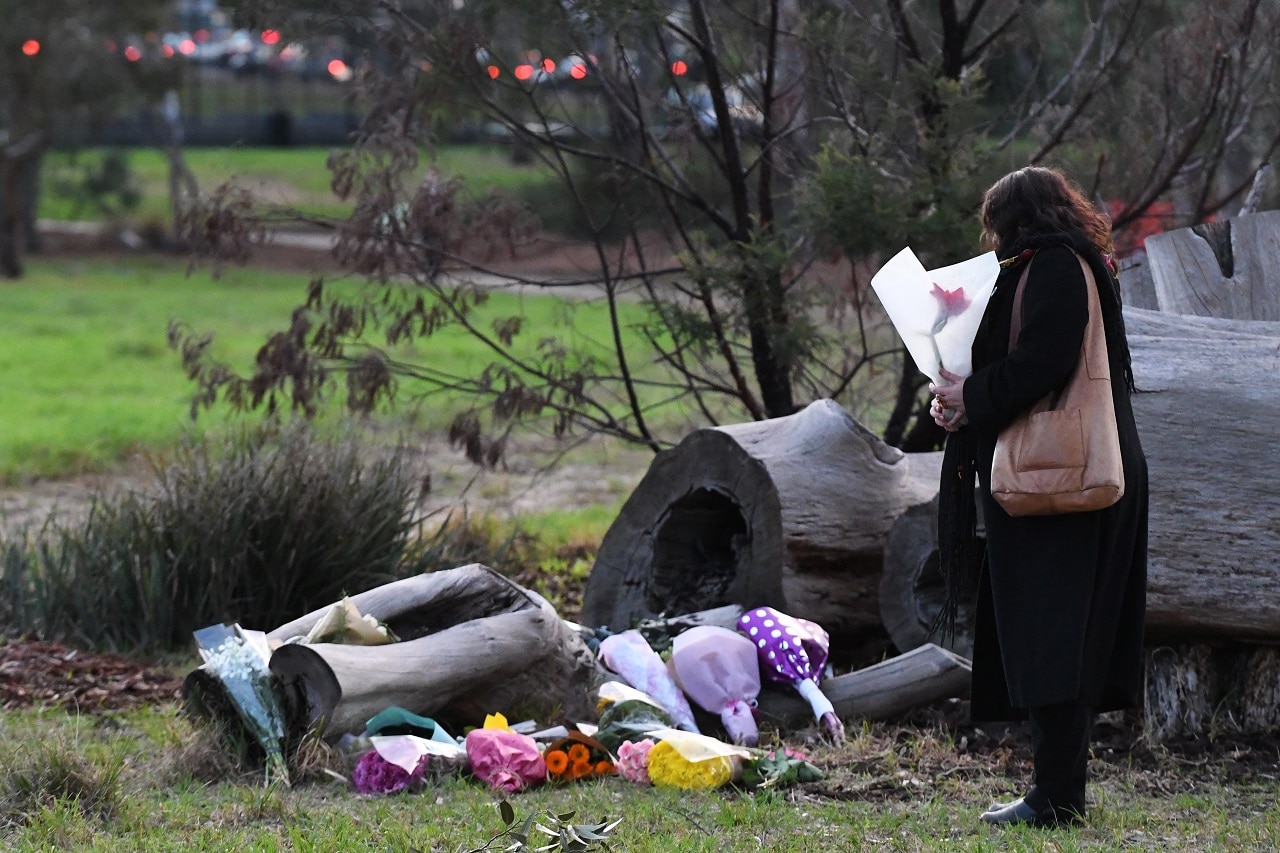 A mourner is seen laying flowers for Courtney Herron.
AAP

It is a point echoed by Plan International Australia.

"Enough is enough. It's time for a fundamental change in our culture. For too long, the toxic attitudes that excuse or trivialise violence against women have gone unchallenged and have been allowed to thrive," CEO Susanne Legena said in a statement.

"The root cause of violence against women is now widely acknowledged, and that is: a deeply entrenched belief that women are not equal to men."

It’s time for a fundamental change in our culture.

"We must stop focussing on the behaviour and circumstances of the victims of these crimes and instead talk about the perpetrators. We need to talk about how to challenge those attitudes that ultimately lead to violence and murder from forming in the first place."

Police have said the crime showed attitudes toward women need to change. 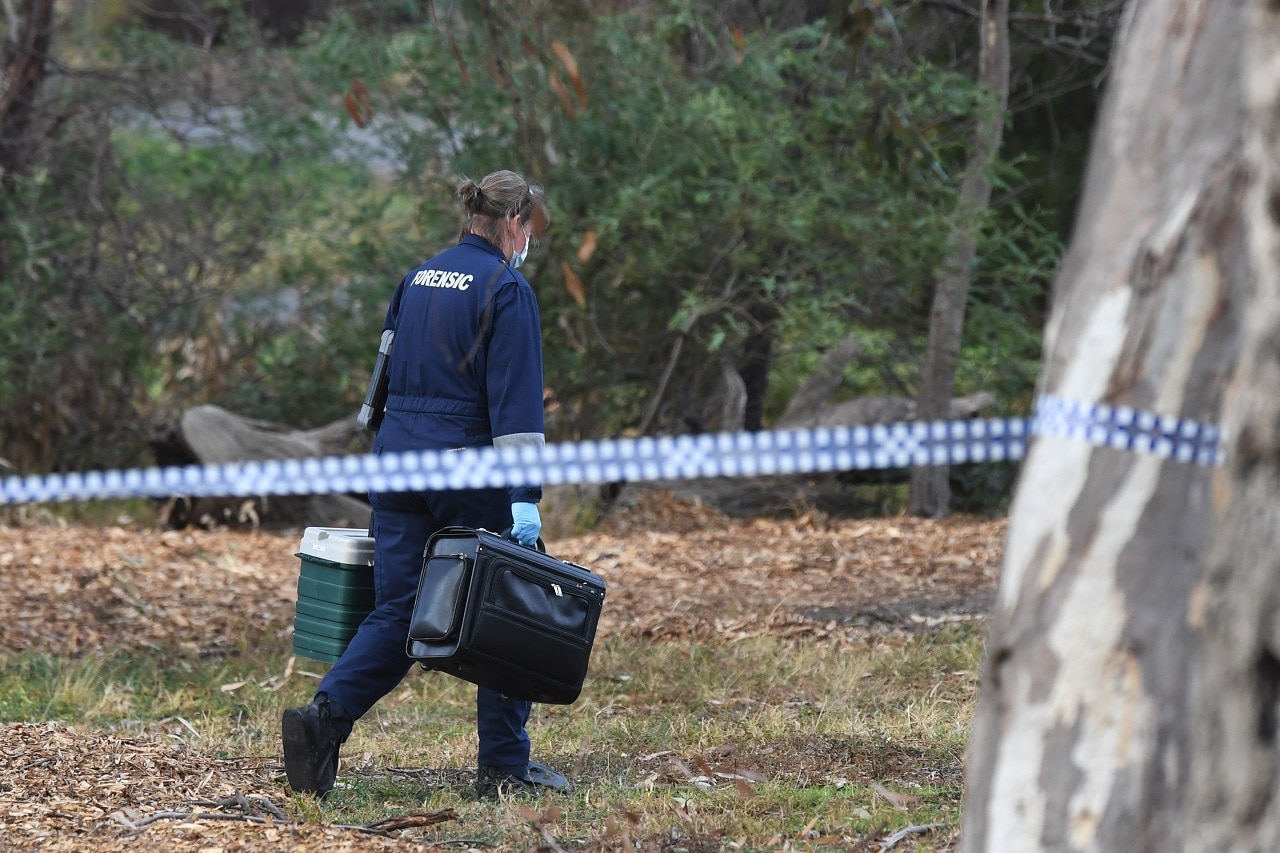 The scene on Saturday afternoon.
AAP

And on Monday, the new Minister for Women Marise Payne said the safety of women will be a top priority for the federal government.

"We have been only too tragically reminded in the last couple of days, again in Melbourne with the appalling murder of Courtney Herron, that the safety of women is something that must concern us all," she told ABC radio.

Ms Herron's battered body was discovered by dog walkers in Royal Park in the inner Melbourne suburb of Parkville on Saturday morning.

The Greek-Australian had been couch surfing and sleeping rough for some time while struggling with drug and mental health issues.

Over the weekend friends and others laid floral tributes at the site where her body was found - just a short distance from Princes Park, where the body of aspiring comedian Eurydice Dixon was found on 12 June last year.

Ms Dixon, 22, was raped and murdered.

Eurydice Dixon's body was found on a Melbourne soccer field on June 13, 2018.
AAP

Aiia Maasarwe, 21, also died after being attacked while walking home near La Trobe University on 15 January.

In April, Natalina Angok's body was found dumped in Melbourne's Chinatown, allegedly killed by her one-time partner Christopher Allen who has since been charged.

While in Sydney, Preethi Reddy was discovered stuffed in a suitcase in March with multiple stab wounds. Her ex-boyfriend Harsh Narde was a key suspect but died in a car crash.