Baiting and killing sharks in the wake of two life-threatening attacks in the Whitsundays gives swimmers a false sense of security and will not prevent more bites, environmentalists say.

Sea Shepherd Australia and Humane Society International say human safety is paramount but that killing three tiger sharks in Cid Harbour in response to attacks on a Tasmanian woman and Melbourne girl woman is not the answer.

"We acknowledge the need for the use of technology and reducing these sorts of incidences ... but drumlines have been in the water since 1962, that's 60 years ago now.

"The technology is there and we've moved on." 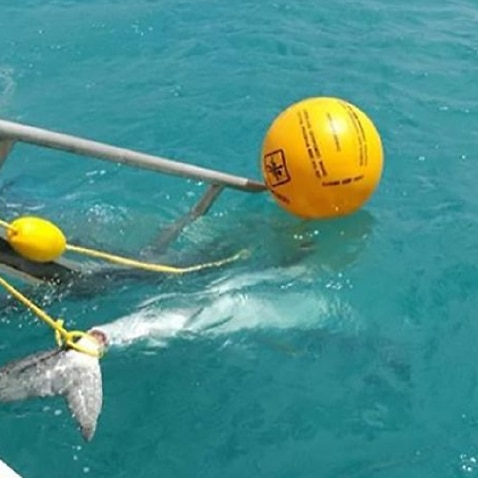 The state government insists killing the sharks is in the interest of public safety despite admitting it will never know if they caused the injuries.

They want the Queensland government to rethink its approach to preventing attacks.

"Stop the nonsense about speaking of 'effectiveness' only in terms of their ability to kill sharks," Mr Clark said.

"That bit is easy and it's lazy policy. Making beaches actually safer is much harder and unrelated to their ability to kill sharks." Both victims in last week's attacks remain in hospitals in Brisbane.

Ms Barwick was last known to be in intensive care after 18 hours of reconstructive surgery to her injured right leg.

Meanwhile, the family of Hannah Papps have expressed gratitude for the quick actions of those involved in her rescue.

"We would like to thank everyone who has helped and cared for Hannah, including the police, emergency services and the hospital teams," the girl's family said in a statement on Friday.

"We ask that everyone, including the media, please respect our family's privacy during this very difficult time so we can focus our energies on Hannah's recovery."