The annual Ethnic Business Awards were held on Monday night, with one winner pledging $1 million to help farmers affected by the drought. 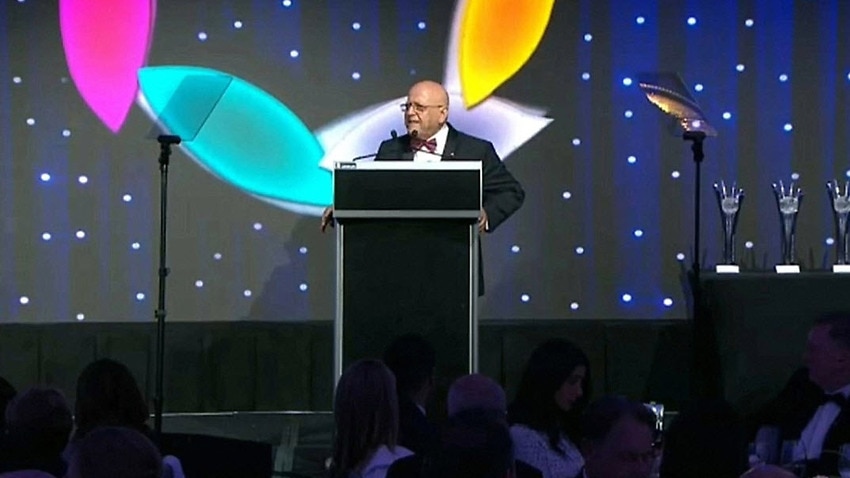 The contribution of Australia’s Indigenous and migrant run businesses were recognised at the 31st annual Ethnic Business Awards ceremony in Sydney on Monday.

The awards, which celebrate the diversity of Australia’s business community, aim to create a greater sense of belonging and act as a platform for entrepreneurs to share their stories of success.

The winner of the Medium to Large Business Award, Holdmark Property Group founder Sarkis Nassif, pledged to donate $1 million to support farmers struggling with the drought.

"Our farmers need support and I want them to know that they are not alone,” he said. “We will face the hardship together."

Mr Nassif arrived in Australia in 1987 after fleeing unrest in Lebanon.

Holdmark is now one of Australia’s largest property groups.

Read More
After surviving a genocide, this Tasmanian couple never forgot those left behind

Mr Quach fled post-war Vietnam at the age of 17 and said the advice his grandfather gave him upon leaving has motivated him during his business ventures.

"He said ‘remember freedom is priceless'. If you find your way to freedom, you wake up every morning at 5am and go out and work ethically and pay yourself and smile.

“You know every step of my life, when it came to moving to another country, language barriers, school dropout, all kind of problems... every time I think about going back, I think about my grandfather.”

Congratulations to ⁦@EBAAustralia⁩ Founder & Chairman Joseph Assaf as we celebrate another year of successes of our migrant business. About one third of small businesses are started by migrants. Congratulations to all finalists of the 2019 Ethnic Business Awards! pic.twitter.com/pD9cgcZUCt

The 2019 Indigenous Person in Business Award went to Narelle Anderson, the founder of Envirobank Recycling, a Sydney company incentivising bottle and can recycling.

"This place that we've all come to call home, Australia, is made richer by the tapestry of Indigenous Australians and migrant workers together,” she said.

“I am humbled by the recognition and gratefully accept the responsibility that comes along with tonight's accolades.”

"This is a really special night, it's a night to acknowledge those who have come to Australia not to take a contribution - but to make one,” Mr Morrison said.

“Their story has become a part of the great Australian story and it is something that we can all celebrate."