Australia has banned Boeing 737 MAX 8 jets from flying to and from the country, following a second fatal crash in less than five months.

The EU closed its airspace to Boeing 737 MAX planes on Wednesday, joining similar action by nations across the globe, as a team of investigators began looking for parallels with a similar crash just five months ago.

Fleets of the best-selling workhorse plane were also grounded by airlines as safety concerns swirled, sending Boeing shares tumbling another seven per cent and wiping billions more off its market value. 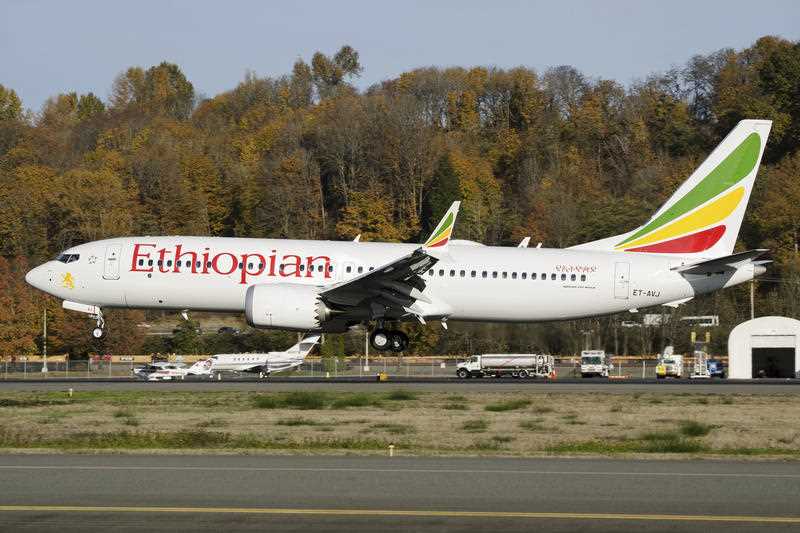 The ban comes after a new Ethiopian Airlines 737 MAX 8 went down on Sunday, minutes into a flight from Addis Ababa to Nairobi, killing all 157 people on board.

In October, a Lion Air jet of the same model crashed in Indonesia, killing 189 people shortly after takeoff from Jakarta.

It was revealed on Wednesday that US President Donald Trump had spoken with Boeing CEO Dennis Muilenburg, following a blistering Tweet that said: "Airplanes are becoming far too complex to fly".

Airplanes are becoming far too complex to fly. Pilots are no longer needed, but rather computer scientists from MIT. I see it all the time in many products. Always seeking to go one unnecessary step further, when often old and simpler is far better. Split second decisions are....

"Pilots are no longer needed, but rather computer scientists from MIT," the President wrote.

On Tuesday night, Australia's Civil Aviation Safety Authority suspended the operation of Boeing 737 MAX 8 aircraft to and from the country. 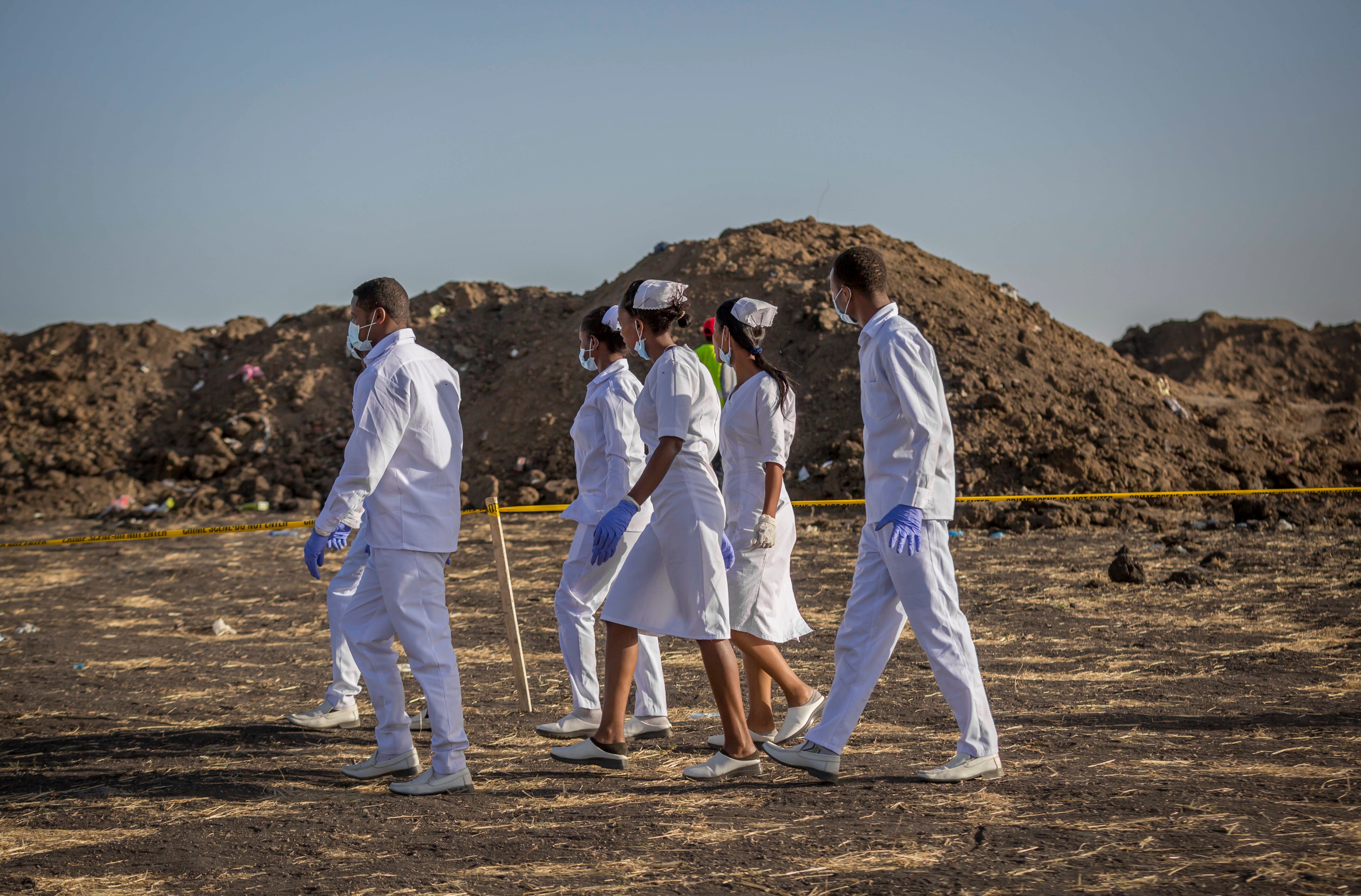 Nurses walk to collect materials at the scene where the Ethiopian Airlines Boeing 737 Max 8 crashed shortly after takeoff in Ethiopia.
APP

No Australian airlines operate the 737 MAX aircraft - although two foreign airlines, Fiji Airways and SilkAir fly the craft to Australia.

Both airlines have now suspended the aircraft's operations to and from Australia, with a Fiji Airways spokesman telling SBS News the airline "respects CASA's position" despite its "confidence in the airworthiness" of the aircraft. Boeing has no new guidance on MAX 8 plane 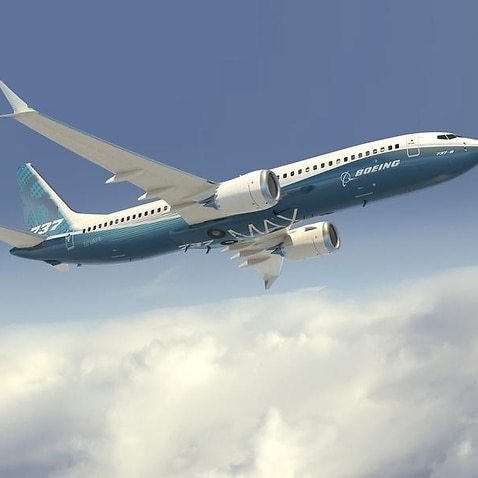 No decision on 737s: Virgin Australia

CASA CEO and director of aviation safety Shane Carmody said that in light of this week's incident and the earlier Lion Air crash in Indonesia, the suspension was in the best interest of safety.

“This is a temporary suspension while we wait for more information to review the safety risks of continued operations of the Boeing 737 MAX to and from Australia," he said.

“CASA regrets any inconvenience to passengers but believes it is important to always put safety first.” 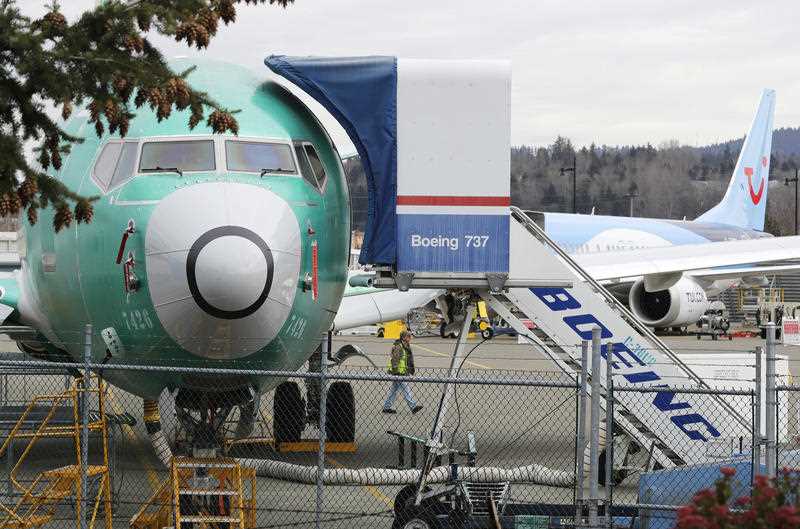 A Boeing 737 MAX-8 being built for for Shanghai Airlines at Boeing's Renton Assembly Plant.
AP

Virgin Australia, which is awaiting an order of 737 MAX 8s, said it was too early to comment on whether it would pull its order.

The widening airspace closures puts pressure on Boeing, the world's biggest planemaker, to prove the MAX planes are safe.

The full extent of the impact on international travel routes was unclear, although there are some 350 MAX 8 planes currently in service around the world with more than 5,000 on order. 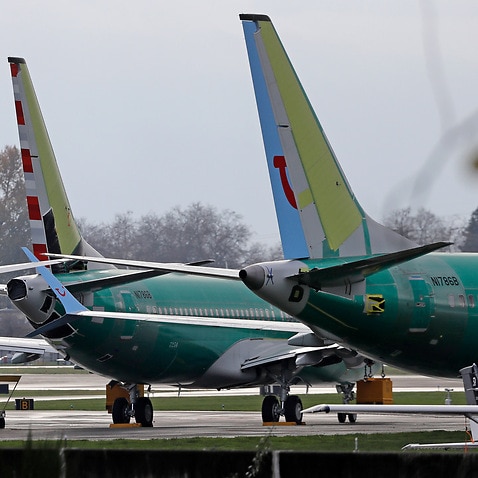 On Tuesday, Boeing announced plans to upgrade the software in its 737 MAX 8 jets in "the coming weeks".

The company said it had "been developing a flight control software enhancement for the 737 MAX, designed to make an already safe aircraft even safer" since the earlier Lion Air crash.

The statement did not reference this week's Ethiopian Airlines crash, but expressed sympathy for the 157 who died on board the plane. 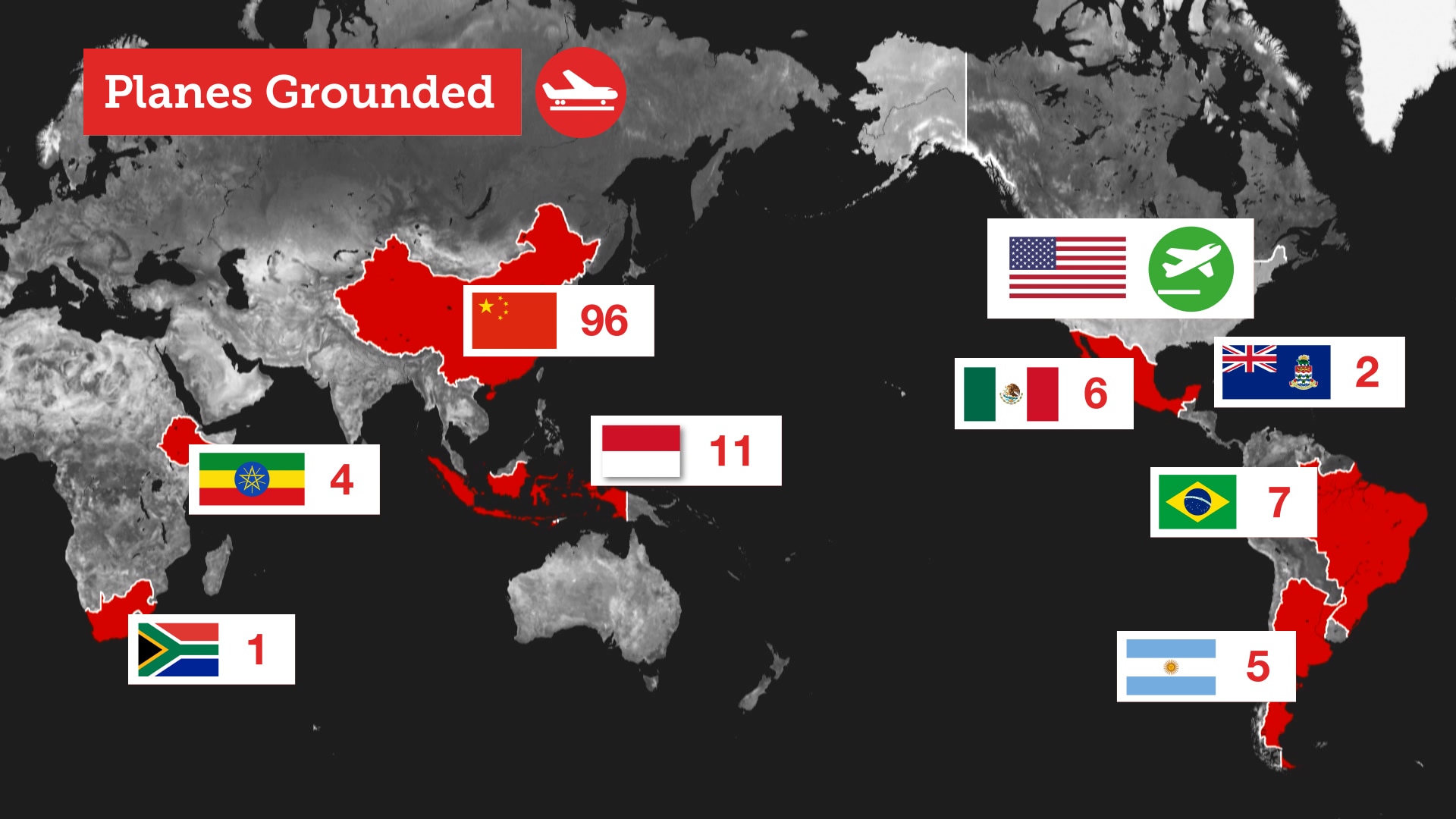 Boeing 737 MAX 8 planes have been grounded in several countries as a precaution following the crashes of two planes in recent months. (Aaron Hobbs)
SBS

India late on Tuesday joined the list of countries to close its airspace to the jet, a day after saying it had imposed additional interim safety requirements for ground engineers and crew for the aircraft.

Elsewhere, Turkish Airlines, one of the largest carriers in the world, said it was suspending its 12 MAX aircraft from Wednesday, until "uncertainty" was clarified. 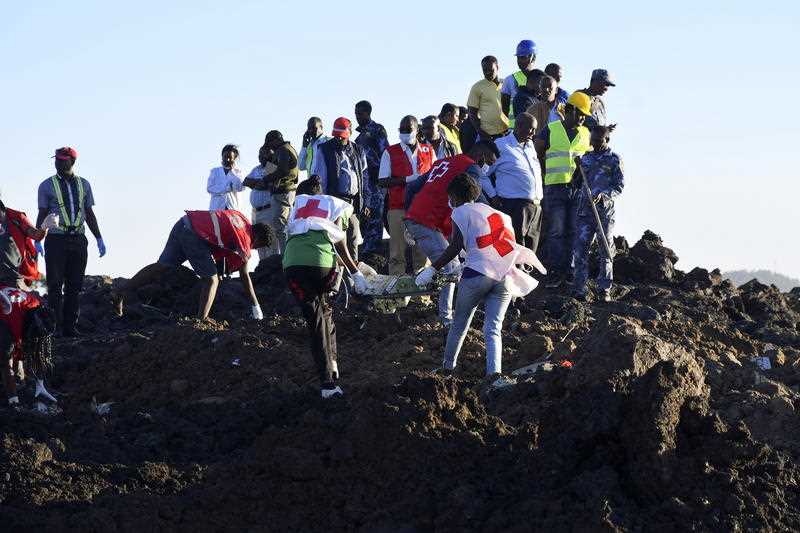 US carriers have so far appeared to maintain confidence in Boeing, which has said it is certain the planes are safe to fly.

The US federal aviation authority, the FAA, has not grounded the MAX but ordered the manufacturer to make design changes.

The move was not enough to reassure the UK Civil Aviation Authority, which said it was banning the planes from UK airspace "as a precautionary measure".

Global air travel hub Singapore, as well as Malaysia and Oman, were among the other countries to ban all MAX planes from their airspace.

China, a hugely important market for Boeing, had already ordered domestic airlines to suspend operations of the plane on Monday, as did Indonesia. Chinese airlines have 96 Boeing 787 MAX 8 planes in use, according to the Civil Aviation Administration of China. 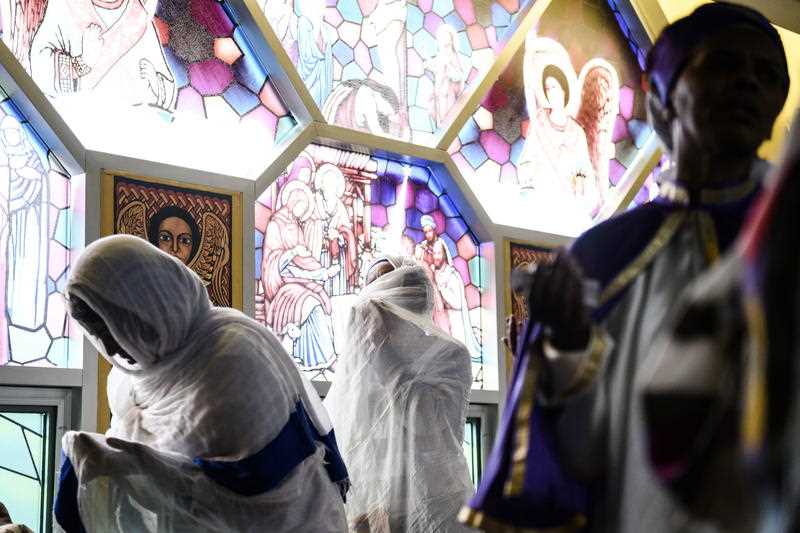 Members of Canada's Ethiopian community take part in a special prayer for the victims of the Ethiopian Airlines flight ET302 crash.

Argentina's flag carrier also grounded five MAX 8 aircraft on Tuesday, as did airlines in countries including Brazil and Mexico.

Ethiopian Airlines, the company involved in Sunday's crash and Africa's largest carrier, said on Monday it had grounded its fleet of four of the jets.

South African airline Comair has temporarily grounded its fleet of the aircraft.

Mexican airline Aeromexico said it had temporarily suspended the operation of its six jets.

Argentina's pilot's association advised its members not to pilot any of the five airliners in Aerolineas Argentinas' fleet until the jets' safe operation could be guaranteed. The FAA said it had completed a number of actions following the crash in Indonesia, including issuing an airworthiness directive in November and reviewing Boeing's production processes. 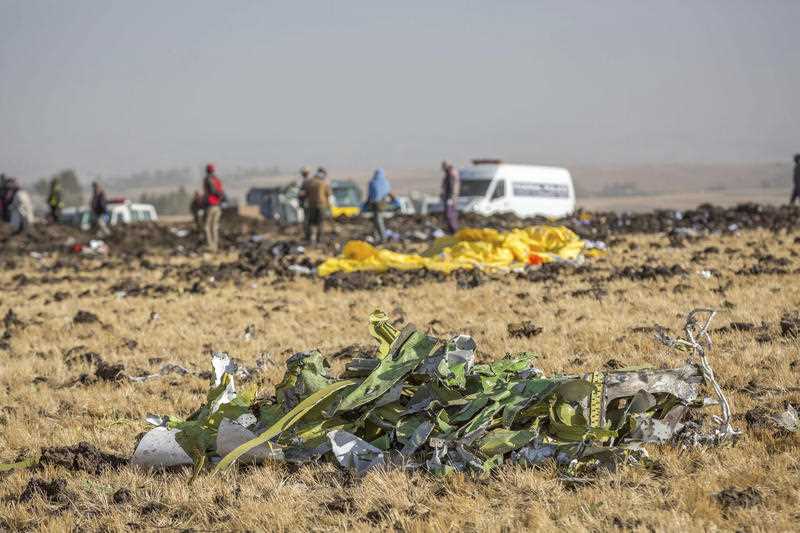 After the crash in Indonesia, investigators looked closely at the Manoeuvring Characteristics Augmentation System (MCAS), which pushes the nose of the jet downward if its incline on take-off becomes too steep.

The FAA said it anticipates the design changes, including MCAS enhancements, will be mandated in a directive to be issued by the end of April. Boeing plans to update training requirements and flight crew manuals to go with the MCAS design change, according to the FAA.