Language experts are calling for a renewed emphasis on learning languages as analysis of Census data shows the changing profile of languages spoken in Australian homes.

The number of speakers of European languages in Australia is dropping as Asian languages emerge as the the most spoken non-English language in the home.

Demography consulting group .id has conducted an analysis of Census data showing the number of Italian speakers dropped by 81, 627 in 2016 compared to 15 years earlier. Greek speakers also fell by 25,904.

Meanwhile, over that same period Mandarin (457,589 more speakers) and Punjabi (117,606 more speakers) emerged as the the most language spoken at home other than English.

Overall, 20.8 per cent of Australians speak a non-English language at home, based on 2016 Census data. That represents an increase of 72 per cent. 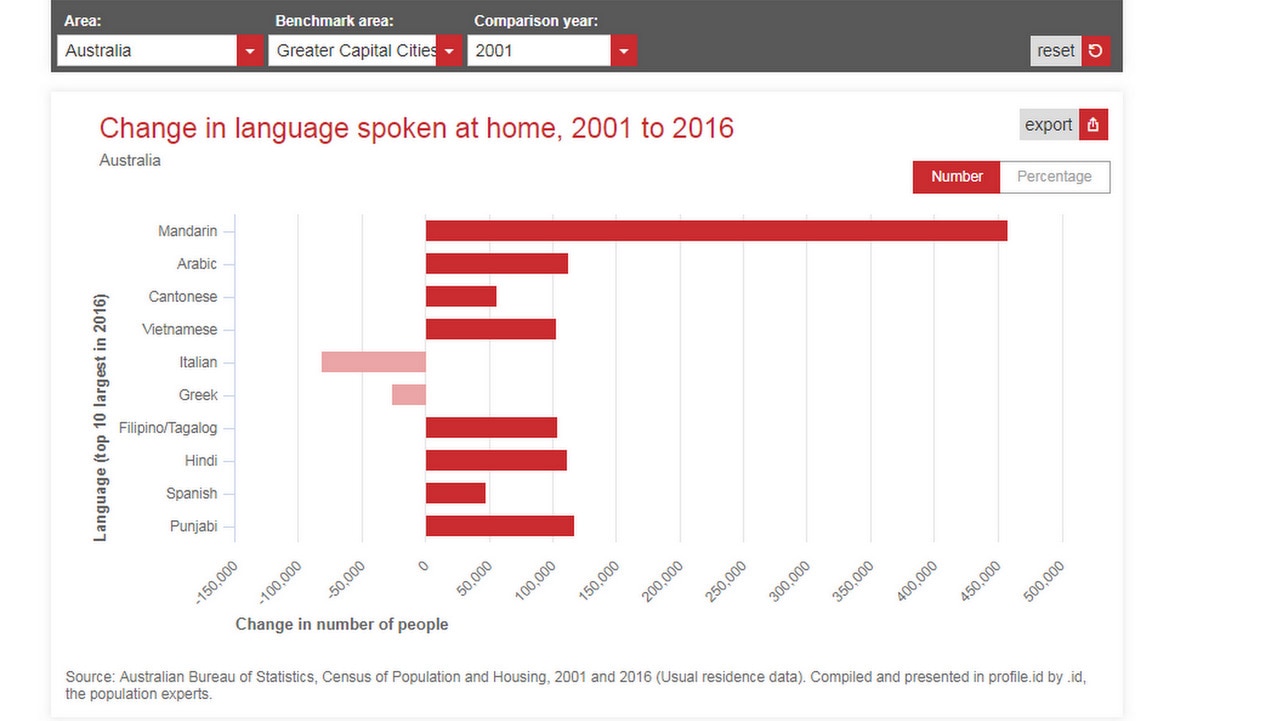 Italian lost the largest number of speakers in 2016 when compared to 2001.
.id

Peter Giakoumelos was raised in Australia by his Greek parents, before eventually relocating to Singapore.

He lives there with his two children, whose mother is Singaporean.

Mr Giakoumelos said his environment growing up in Australia made it easy to learn Greek.

"When I was born in Australia, I was only spoken to in Greek because I'm a product of Greek immigrant parents. So the only time I got to use and learn English was when I went to school," he said.

"It was because I was part of a Greek extended family as well. So there was a lot of opportunity to continue learning and practising the language." Peter Giakoumelos with his sons in Sydney.
SBS

However, passing on those language skills to his two young boys proved to be more challenging.

"Their mother tongue in Singapore is Chinese so they learn that at school. They do extra classes in Chinese - in terms of tutors, after school. There is hardly any time left for anything else.

"So there hasn't been much opportunity to unfortunately pass on some of that Greekness onto them." 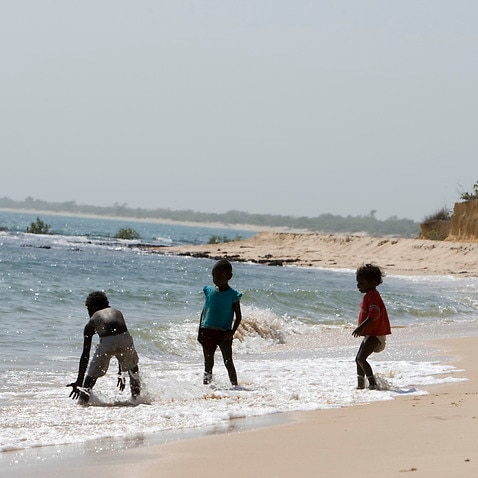 'Many benefits to learning languages'

"The migrants who are Italian, Greek, Polish, Croatian and Maltese background - they are more likely to come to Australia in the post-war period as a young adult.

"And if you do the calculation, many of them would have unfortunately passed away and that's one of the major reasons."

She said some languages have proven more resilient.

"I believe the Vietnamese and Macedonians are better at maintaining their languages. And the Arabic groups, depending on their faith background, are more likely to maintain the language."

Mixed marriages and globe-trotting nature of some families has had an impact on the ability to maintain languages across generations.

"For language maintenance for the new migrant and their - what we call the 1.5 generation - we're born overseas and come to Australia as young children. They also have difficulties maintaining the language at home because very quickly they assimilate into Australian society, using English as the dominant language. Language lovers of all ages honoured in national competition

For Peter Giakoumelos observing the communication between his kids and his mother has been interesting.

"It's like a chicken and duck, sometimes, trying to communicate.

"My mother, their grandmother, speaks relatively good English. She has been here for a very long time. So she kind of assimilated very quickly and so they speak in English and they communicate in that way more than anything else."

Dr Chik said there are many benefits to learning a language, even if it is just a few phrases as opposed to native fluency.