Fire conditions in Victoria are expected to remain challenging into Sunday. 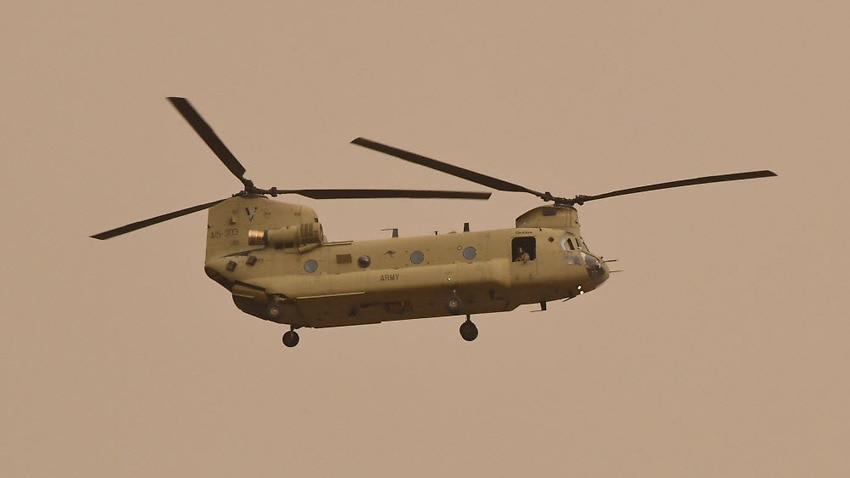 Defence aircraft continued to evacuate people on Saturday night from parts of Victoria's fire-ravaged east, where firefighters were expecting a long campaign to continue.

At 8:30pm Saturday, the total number of emergency warnings in Victoria was at 13.

In Victoria, 73 new fires started on Saturday with authorities confirming 110 property had been lost and 220 "outbuildings" razed.

Six people are missing, down from 28 reported on Friday.

“Townships will continue to be under threat,” he said.

“We can't give you an accurate count at this stage, but properties have been lost.”

Emergency Management Commissioner Andrew Crisp said authorities could not afford to take their eyes off any part of the state.

“We have to remain vigilant,” he said.

“Nobody should become complacent across the rest of the state.”

Mr Andrews urged Victorians to follow the instructions of authorities.

“Lives can be lost if people don't follow the instructions,” he said.

“I cannot overstate just how important it is that people follow advice as given. We all have a shared responsibility - if you can get out, you must get out.”

Saturday afternoon saw skies once again turn red in the fire-besieged town of Mallacoota, just days after such scenes sparked huge concern across the nation.

Twitter user Brendan described Saturday’s sky as "a lot like a really long eclipse with multiple sun sets and rises".

In one post, he said: "So dark that people are almost invisible."

More than 1,000 people arrived in Melbourne safely after being evacuated from Mallacoota on the HMAS Sycamore and HMAS Choules.

About 4,000 people had been forced to flee their homes and shelter at the beach on New Year's Eve as fire ravaged the East Gippsland region.