A former mental health nurse says the Medevac legislation is vital to ensuring refugees and asylum seekers receive the medical care they require. 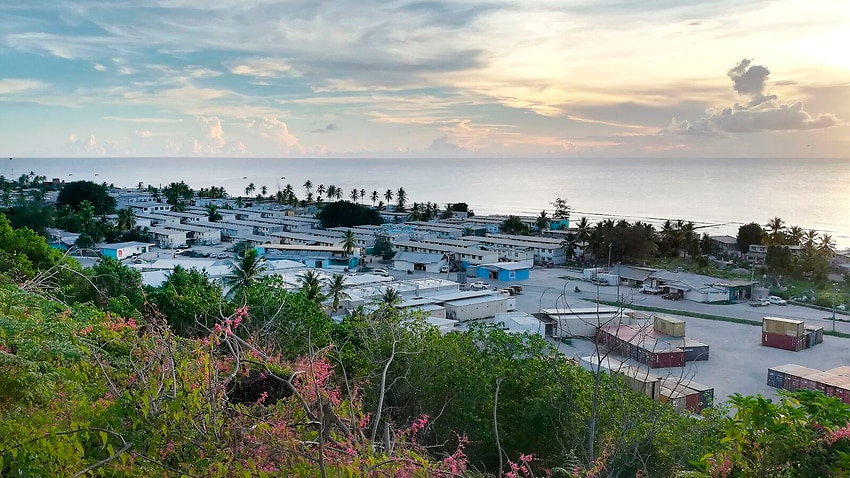 A former mental health nurse who treated refugees and asylum seekers on Nauru has urged Senators to stop the government repealing the medevac law.

Diana Boyd worked for International Health and Medical Services as a mental health social worker on Nauru for a year up until June 2017 and then as a case manager for HOST International providing support to refugees with complex needs.

Ms Boyd is among several health professions to make a submission to a Senate inquiry examining the government's bid to reverse the Medevac laws passed in February when the government did not have a majority in the House of Representatives.

She urged senators to reject the government's proposed repeal bill.

"Medevac law is vital to ensure that refugees and asylum seeker receive the medical care they require," she wrote in her submission.

Medical professionals have been the strongest advocates for the Medevac laws. Source: AAP

Ms Boyd detailed a series of examples of what she said was substandard care provided to refugees and asylum seekers including patients with gastric complaints, self-harm injuries and viral infection such as tonsilitis being discharged without further investigation.

The Australian Medical Association, the Royal Australian College of General Practitioners and the United Nations High Commissioner for Refugees have also lodged submissions to the Senate inquiry in support of maintaining the existing laws.

Since the Medevac legislation was passed, which gives doctors more say in the transfer of refugees or asylum seekers on Nauru or Manus Island to Australia for medical treatment, 110 people have been flown to mainland Australia.

Under the Medevac laws, an Independent Health Assessment Panel was established to determine which refugees and asylum seekers should be transferred to Australia for treatment.

In its submission, the AMA raised concerns about the last-minute decision not to supply any funding to support the work of the panel.

While praising the work of the clinicians appointed to the panel, the AMA said relying on their personal efforts and funding from organisations was unsustainable.

"This is extremely problematic in the long run especially if the case load should increase significantly.

"As the future of IHAP is again uncertain and, to that extent, the AMA would again urge all parties to reach agreement on a way forward."

The panel has also reviewed the state of health services available in Papua New Guinea and Nauru, and its members are planning to visit later this year.

"These are important functions central to the provision of proper and appropriate care," the AMA stated.

The committee is due to hand down its final report on 18 October.

Share
Published 22 August 2019 at 8:01am
By Rosemary Bolger
Topics
Immigration