In a world exclusive for SBS, reporter Luke Waters has sat down for a one-on-one interview with the man at the centre of the Syrian conflict - President Bashar al-Assad

In the interview, which took SBS World News reporter Luke Waters two years to secure, President Assad says the solution to the conflict in Syria is obvious: dialogue. But he says that this is impossible because of outside interference in the conflict.

He tells Waters that his forces could easily conquer the IS capital Raqqa but he is wary of how Turkey, who he accuses of supporting IS, will respond.

Also in the interview, President Assad denies reports of recent clashes between his army and Hezbollah north of Aleppo, and says Russia and Iran are not propping him up but are rather defending their own interests. In addition, he rejects allegations of brutal human rights violations.

The interview covers diverse issues including Brexit, the Assad government’s “back channel” contact with the US government, the potential for co-operation with the US in Syria, and accusations of western government duplicity.

Learn more about President Bashar al-Assad's rise to power, the timeline of the Syrian conflict and SBS' commitment to covering the issue from every angle.

In Syria, rubble is the playground for the next generation.

Video journalist Luke Waters previously spent 16 months negotiating his way into war-torn Syria to document the daily life of its men, women and children. Discover more about his experiences speaking with the youth of Damascus, dining with the soldiers, and examining the impact of the ongoing conflict.

You can also explore Dateline's coverage of Syria's refugee crisis, IS recruitment of child soldiers, the shadowy cyberwar also being waged and Western jihadists speaking out from the frontline. Located on the border of Syria and Jordan, Za’atari is growing into a metropolis and now hosts around 120,000 Syrian refugees. For the families struggling to survive the conditions of the desert camp- what is daily life like for them?

To answer that question, Exit Syria takes viewers on an immersive journey right inside the camp. Following ordinary yet remarkable refugees, the project documents their resourcefulness, ingenuity and extraordinary resilience in the most extraordinary circumstances. 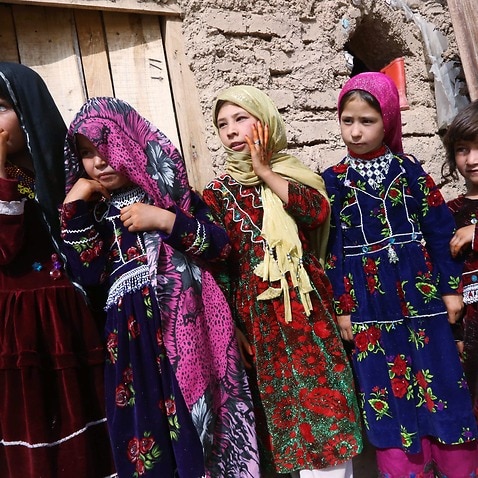 Life in a refugee camp: could you live there?

What would you say in a letter to your homeland?

The Australian-Syrian community offers deeply personal messages of hope, peace and love as the Syrian conflict enters its fifth year of bloodshed.

A look back at how tensions simmered in some Australian neighbourhoods.

From 2012: In a passionate and at times volatile discussion, Syrian Australians on all sides of the political divide join Insight to give us their take on the fighting in their home country, and speak out about how it’s affecting the communities here.