There is a push for stronger accountability from social media influencers, amid concerns they are using their platforms to promote paid content without their audience's knowledge. 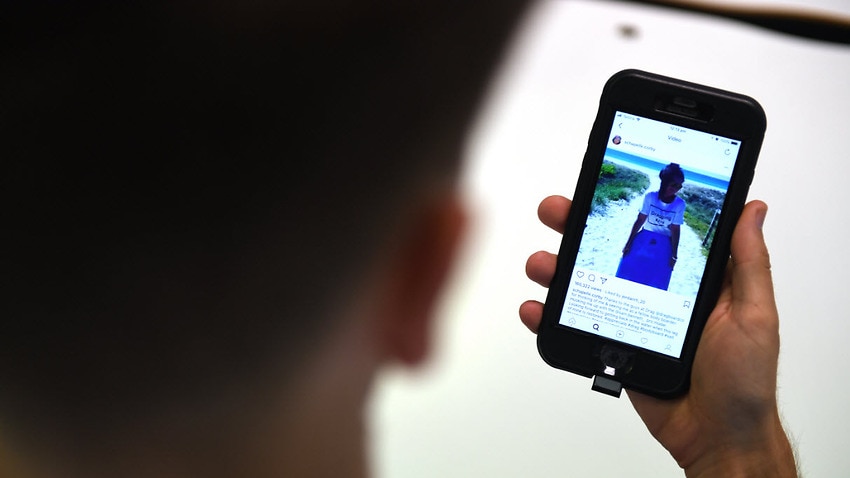 Celebrities and social media influencers who are paid to promote brands and products are being told they now have to disclose whether the content they're promoting is sponsored, but the consequences if they fail to do so are not clear.

The UK's Competition and Markets Authority said it has secured formal commitments from 16 British celebrities that they will clearly state in online posts if they have been paid or received any gifts or loans for products they endorse.

The Authority's Senior Director of Consumer Protection, George Lusty, said it is all about transparency.

"Social media influencers have got a really important responsibility," he said. "The blogs and the posts that they put online can have a real effect on the things that people decide to buy."

"And because of that, they need to make it absolutely clear when they've been paid or given a gift in order to make a particular promotion or recommendation of a product or service."

A user shows off various social media app on a smartphone Source: Photothek

Tama Leaver, associate professor in internet studies at Curtin University, said for years, influencers have been able to share sponsored content without any restrictions.

"There were no strict rules," he told SBS News.

"I think it wasn't clear whether social media fell under the same rules as the more commercial media, or whether this was simply an extension of communication by social media which has no real rules around it."

But there has been a push to change this after people became concerned they were viewing advertisements without their knowledge.

Social media sites like Instagram and Facebook have now updated their user policies, meaning people who get paid to display content must either clearly state that, through a paid-for-partnership tool or by using a hashtag with the word ad, advertisement or sponsored.

But Mr Leaver said at this stage, failure to comply with these policies does not result in any actual consequences in Australia, but expects that to change.

"There are guidelines but they are voluntary and so while it is probably best practice, the penalties for not following best practice are almost negligible," he said. "So I do think actually that for influencers in Australia, it would be very helpful for there to be much clearer rules."

She has been running a blog and social media account for the last few years, but said she only started really working with brands in the last 18 months.

Ms Gilmore, who likes to focus on parenting and mental health in her posts, said she is extremely selective about which companies she works with.

"In my life, I only do things and take on things and hobbies that light me up and I think that it's no different when you're working with brands," she told SBS News.

"The social media world can be full of narcissists, there's a lot of narcissistic people in the world who just want to make a buck.

"But I think that when you've got such a loyal following, it's so good to be true to who you are and I just choose brands that I love."

Read More
Was 2018 the year we stopped liking Facebook?

Ms Gilmore said she has been able to adapt easily to the new social media guidelines around sponsored posts.

"I don't have an issue with just letting people know what's sponsored and what's not because I think that you can get confused as to what people are advertising for money or what they're actually genuinely telling you about because they are passionate about it," she said.

She said she expects there to be more restrictions in the future, but that it may be hard to keep influencers in line.

"We're the first generation to be doing social media and to be so heavily involved in it," she said. "If they're cracking down on it, I don't think that it's necessarily a bad thing."

"But it's also a space where I don't really know if you can police it too tightly because it is the internet and it's your own page."

"It's a very viable business model," he said. "I think they will thrive but I think some legitimacy in terms of the rules will make that a form of employment that is more recognised and more legitimate."

"But I certainly don't think influencers are going anywhere," he said. "I think making sure they're integrated better into our rules and commercial practices can only be a good thing."