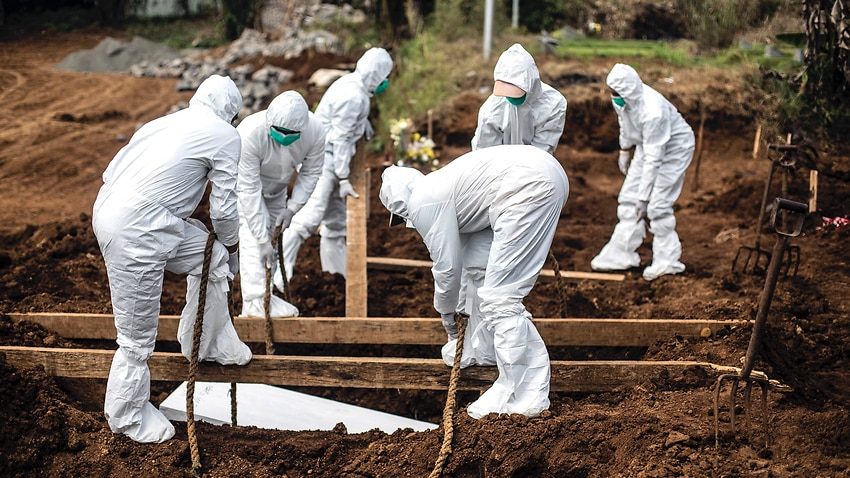 Indonesia is preparing more intensive care units after logging several days of record-high COVID-19 deaths last week, while the country waits to see whether the government will extend or loosen tough restrictions due to expire on Sunday.

Buckling under a Delta variant-driven wave of the virus, Indonesia has become Asia's COVID-19 epicentre with hospitals deluged, particularly on the densely populated island of Java.

Public health expert Ilsa Nelwan has seen overstretched hospitals in Java turning away patients for lack of oxygen tanks, with volunteers racing to fill the needs.

She said volunteers are working with the Minister for Health and donating any small oxygen tanks they can to hospitals.

“But it’s one problem at a time, it’s not solving the whole oxygen issue,” she told SBS News.

She also said misinformation around how the virus spreads in Indonesia is contributing to the problem.

“We hope Indonesia will change from the oral tradition to a more scientific tradition,” she said.

Read More
'Don't get sick': As coronavirus ravages Indonesia, poorer citizens are struggling to get care

Bali has been grappling with oxygen shortages, with the island's health agency now saying the situation is getting critical.

Chemist-turned-translator Angela Darmali, a resident of Jakarta, says she’s glad of supportive family and neighbourhood networks, but she too knows people who have lost loved ones.

“One person’s brother had to wait for 14 hours in the yard of a hospital,” she said.

She said misinformation is a key problem as Indonesia struggles to curb the pandemic, describing it as the country's "second enemy" being fought alongside COVID-19.

“Misinformation, hoaxes, things like that, are circulating on every social media platform,” she said. “It’s the second enemy we are fighting, besides the actual virus.”

Senior Minister Luhut Pandjaitan, who oversees the COVID response on the islands of Java and Bali, said ICU capacities would be added in areas that have reported the highest fatalities.

"Deaths have risen due to a number of factors: full hospitals, patients admitted with low saturation, or dying unmonitored in self-isolation," he said in a statement late on Saturday.

Indonesia last week reported record-high deaths on four separate days, the last of which was Friday's 1,566 fatalities, bringing cumulative deaths to more than 82,000. Total case infections have climbed to over 3.1 million, though health experts say both deaths and case numbers have been undercounted.

Just under seven per cent of its population of 270 million has been fully vaccinated, with Southeast Asia's largest country primarily reliant on shots produced by China's Sinovac Biotech.

The debate over whether to loosen restrictions has pitted health experts, who say it is premature to ease curbs during a surge of infections, against employer groups that have warned of mass layoffs unless the curbs are relaxed. read more

The government is due to hold a news conference later on Sunday but has not set a time.