Victorian Premier Daniel Andrews has called on anti-Islam protesters to explain why they were wearing masks in Sunday's protests.

Violence marred rival anti-Islam and pro-diversity protests in Melbourne on Sunday, with some of the Reclaim Australia protesters wearing masks and sunglasses. 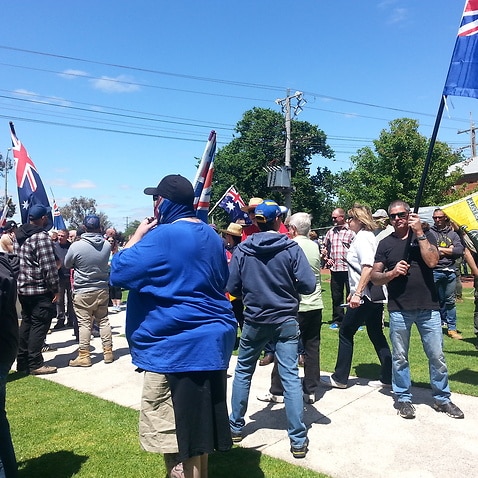 "If you're there to peacefully protest, if you're there to legitimately voice your views, if your views are not something that you're actually ashamed of, then why would you be covering your face?" Premier Daniel Andrews told reporters on Tuesday.

"That's a really hard question to answer, I can't answer it.

"Only people who were acting in a riotous and violent way, covering their face, preaching hate and bigotry, only they can answer that."

Each of the two rallies attracted about 500 people, with 500 police, some in riot gear, separating the two mobs.

Capsicum spray was used as scuffles broke out. 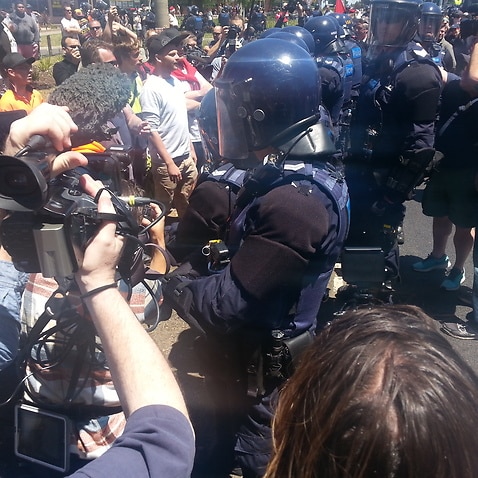 Mr Andrews said the "ugly scenes" were not in accord with Victoria's strength as a diverse and multicultural society.

"Those who would peddle hate, you can go to all the protests you want, but you're not a protester you're just a bigot," he said.

Six people were arrested on Sunday - one for animal cruelty accused of punching a police horse, two for riotous behaviour and three for weapons offences.