A victory for Kerryn Phelps in Wentworth will end the Morrison government's majority ushering in a hung parliament - not seen since the Gillard days.

If, as predicted, the Morrison government loses the Wentworth by-election, it will have a minority on the floor of the lower house.

This would leave the Coalition with 74 on the floor of the house, with the possibility of 75 votes opposing it. 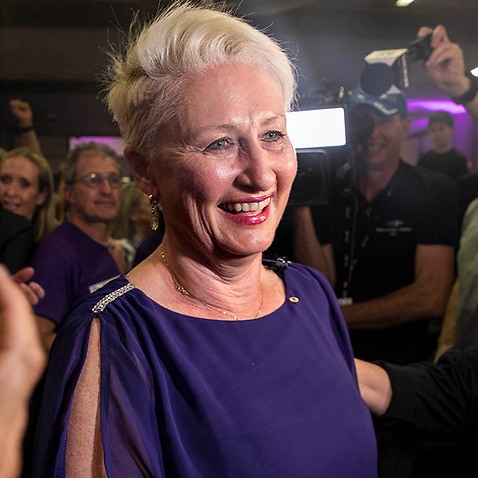 The Morrison government could offer the speakership to one of the cross-bench members or a disaffected opposition member in order to restore its majority on the floor. But given the Gillard government’s unhappy experience with making Peter Slipper as Speaker during its minority government, it would seem unlikely the Morrison government would take the same path.

This is especially so given the relatively short period left until an election is expected in May. 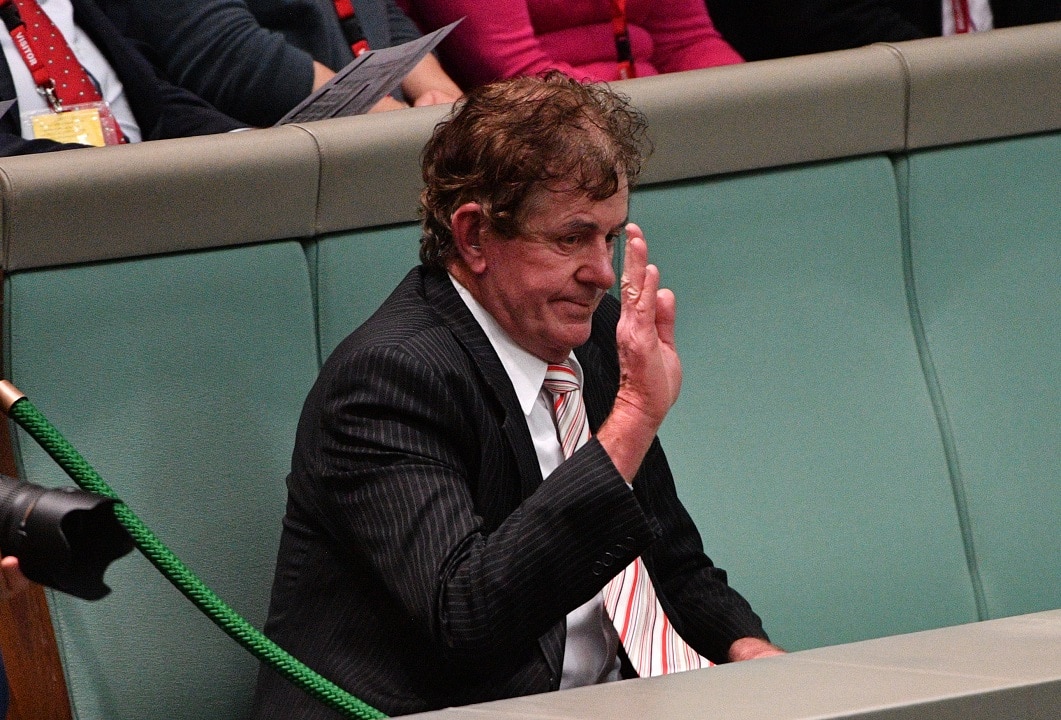 Does this mean there could be a change of government without an election?

However, on the current numbers, that appears to be inconceivable.

This is because the Australian Labor Party only holds 69 seats, which is significantly fewer than the Coalition’s numbers on the floor of the House.

The rest of the non-government seats are, or are likely to be, held by three independents: Cathy McGowan, Andrew Wilkie and (subject to confirmation) Kerryn Phelps, along with Adam Bandt from the Australian Greens, Bob Katter from Katter’s Australian Party and Rebekha Sharkie from the Centre Alliance.

They support views across the political spectrum and would be extremely unlikely, in a bloc, to support Labor to form government.

Moreover, even if it had the united support of the cross-bench, once Labor had to supply a Speaker, it would be in the same position as the Morrison government, having a minority on the floor of the House.

So unless the numbers changed dramatically - for example, through MPs defecting from one party to another or changes in seats in other by-elections - this is not going to occur. 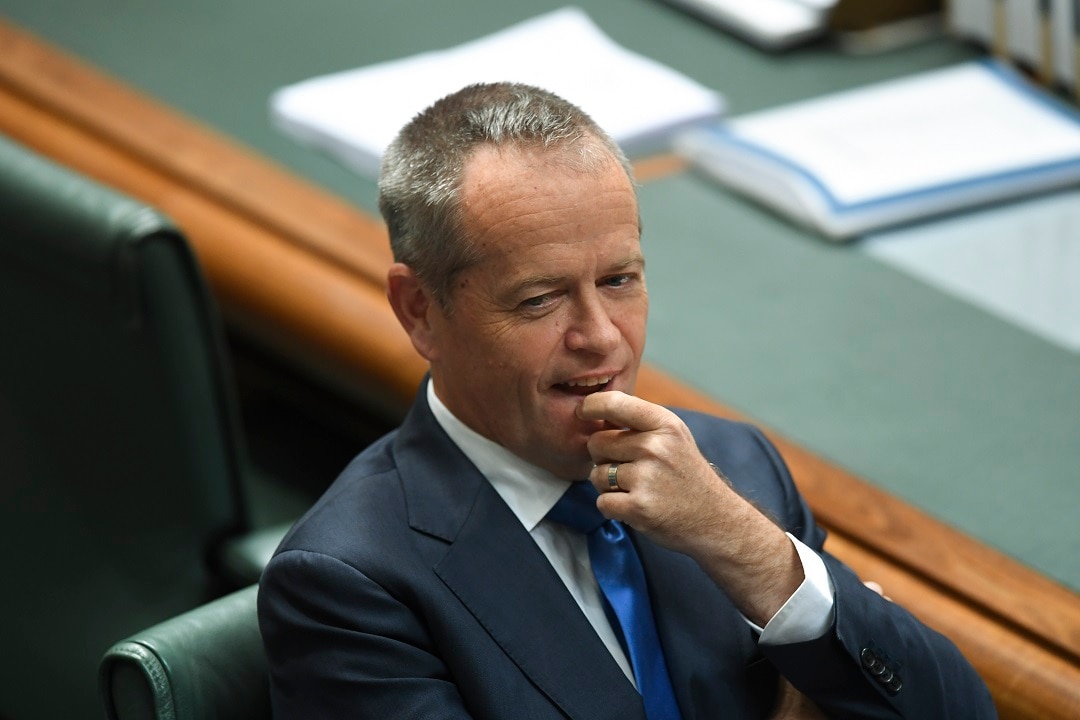 If Labor has to supply a Speaker they would be in the same situation as the Coalition.
AAP

It is also in the Labor Party’s political interests to have the backing of the people in an election when it takes office.

It would, therefore, be likely to bide its time until an election.

Does the government have to prove to the Governor-General that it has the confidence of the lower house?

As the Morrison government is already in office, it does not have to convince the Governor-General of anything.

The Governor-General has no role to play unless Morrison resigns, or requests a dissolution, or unless extreme circumstances arise that call for the dismissal of the government.

Governments can continue to operate when in minority in the lower House, particularly where no other party has majority support.

The Gillard minority government continued to function and pass legislation for a full term, despite being in minority in both Houses. 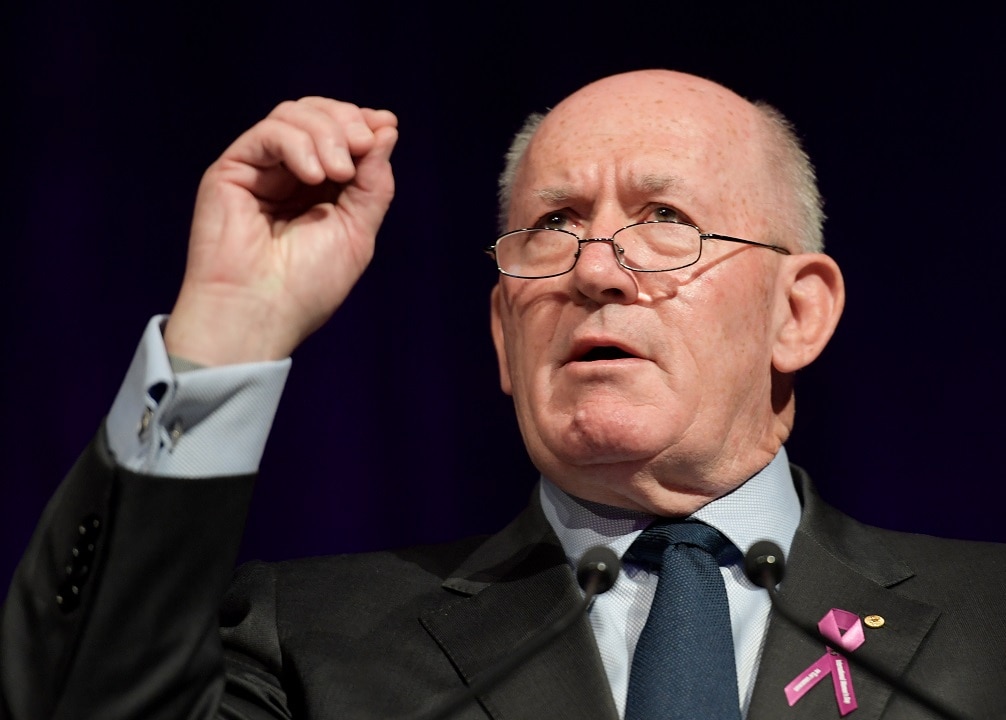 Australian Governor General Peter Cosgrove has no role to play if the event of a hung parliament.
AAP

While Gillard had an agreement on “confidence and supply” with the cross-benchers in the House of Representatives  - meaning that they agreed not to vote no-confidence in the government or block the supply of money to the government, except in particular extreme circumstances - it would not be necessary for a minority Morrison government to negotiate such an agreement.

Minority governments can operate without such an agreement – which in any case is not in any way legally binding on the parties to it and has no more than “political” force.

What effect will this have on the passage of legislation?

The Morrison government already has to negotiate with a range of cross-benchers in the Senate, or get the support of Labor, to pass its legislation.

If it falls into minority, it will have to achieve the support of at least one of the six cross-benchers or Labor in the House of Representatives as well.

This does not seem to be a terribly difficult task, particularly as a number of the cross-benchers are generally supportive of a conservative philosophy.

However, there is a small risk that a Labor-supported bill, which achieved the support of all the cross-benchers, could be passed against the wishes of a minority government.

The type of bill that might attract the support of the cross-benchers would be likely to be one that increased government accountability.

But such a bill could not be passed if it involved the appropriation of money. This is because it requires a message from the Governor-General recommending it, and the Governor-General is advised in this regard by the government. This ensures that a government retains control over the budget, even when it is in minority.

Could the Morrison government advise the Governor-General to refuse to give assent to a bill passed by both houses of parliament against its will? Such action would be extremely unwise, for two reasons.

First, there is considerable controversy about whether the Governor-General, in exercising the role of assenting to bills, is fulfilling a legislative function, acting on the advice of the two houses, or an executive function, acting on ministerial advice. The Governor-General could legitimately take the view that the principle of representative government requires him to act on the advice of the houses in giving assent to a bill that has been validly passed by both houses. 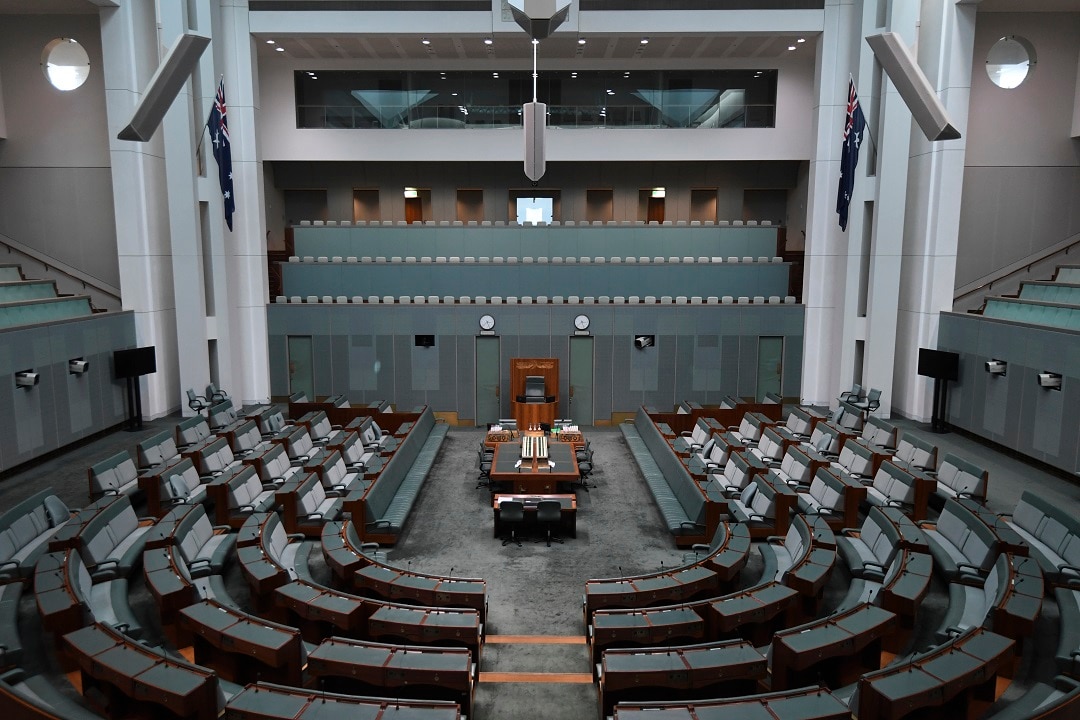 The empty chamber of the House of representatives is seen at Parliament House in Canberra.
AAP

Second, if the government acted in such a high-handed way as to reject the will of both houses, this might galvanise the cross-benchers in the House of Representatives to vote no-confidence in the government. It is therefore unlikely that the government would take such a risk.

What other impacts might a loss of a majority have?

The key consequence of a loss of the government’s majority in the lower house would be that it would no longer have complete control over motions concerning the business of the house.

The government would be protected to some extent by a rule that a motion to suspend the standing orders of the House, without notice, requires the support of an absolute majority of members, being 76.

However, standing orders can be suspended by an ordinary majority, being the majority of members who happen to vote on the motion, if notice is given. This means that parliamentary tactics will become of heightened importance. A previous resolution to refer Peter Dutton to the Court of Disputed Returns was lost by one vote.
AAP

It also means that the government may lose votes on motions on issues such as the referral of a Member to the Court of Disputed Returns for determination of whether or not the member is disqualified from sitting in parliament.

It is possible, for example, that a majority of the house might refer Peter Dutton to the Court of Disputed Returns, given that a previous resolution to this effect was only lost by one vote last time.

This may re-open the cavern of horrors that is section 44 of the Constitution.

Does the government have to resign if it loses a vote in the house?

A government does not have to resign if it loses a vote on the floor of the House of Representatives. It only has to act if a vote of no-confidence in the government is passed by the lower house.

It may also include a vote to defeat a major government bill, which the government has declared to be an issue of confidence.

The loss of a vote on an ordinary bill or a procedural motion will not usually be regarded as indicating a loss of confidence.

Further, if a no-confidence motion is passed by chance - for example, because a government member did not make it to the chamber in time for the vote or was away sick - there is no immediate requirement to act, as long as restored confidence can be shown within a reasonable time. 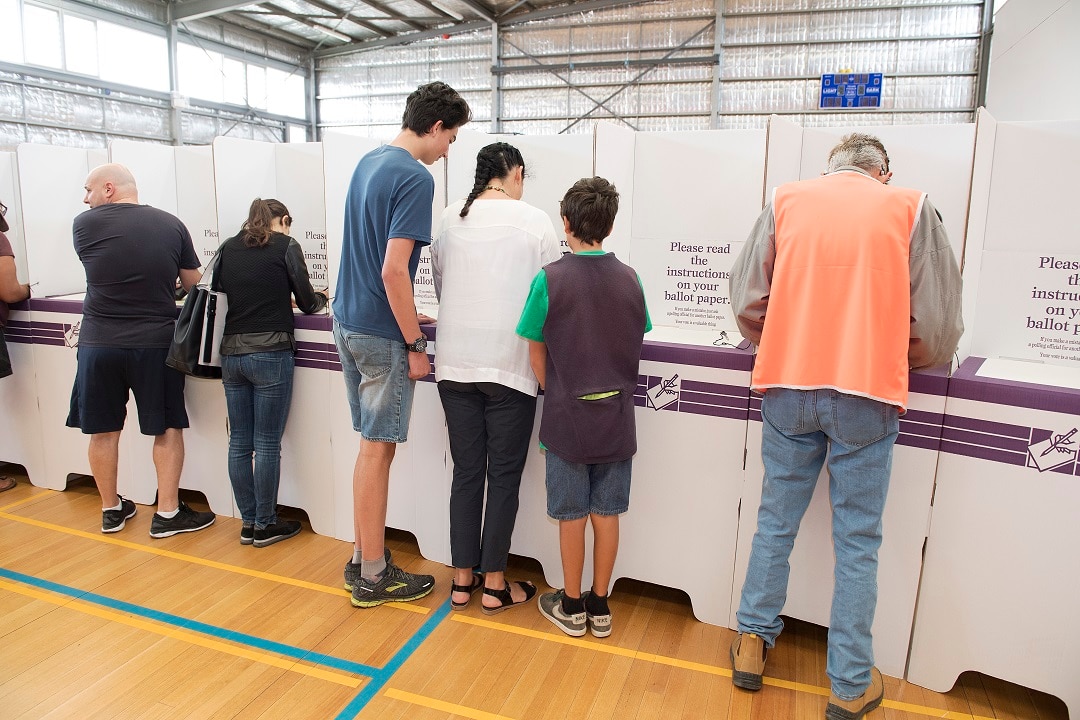 The consequence of a successful vote of no confidence would be an election.
AAP

Governments should not fall by accident.

Even if the government does lose confidence, it can seek to go to an election instead of resigning. Although the Governor-General formally has the power to reject a request for an election, he would only be likely to do so if that request came shortly after the previous election and there was another person who could form a stable government.

That is not the case here. We are sufficiently close to the end of the government’s term that a dissolution and fresh election would almost certainly be granted by the Governor-General if the government suffered a loss of confidence.

So the consequence of a successful vote of no confidence would be an election.

The Morrison government would certainly find it more difficult, but not impossible, to manage the House of Representatives if it is in minority.

It would require great discipline from its MPs, good organisation and high level negotiating skills to ensure that the business of the house was completed without mishaps.

In the words of a former prime minister, it would need to be “agile” in its management of parliament for the rest of its term. 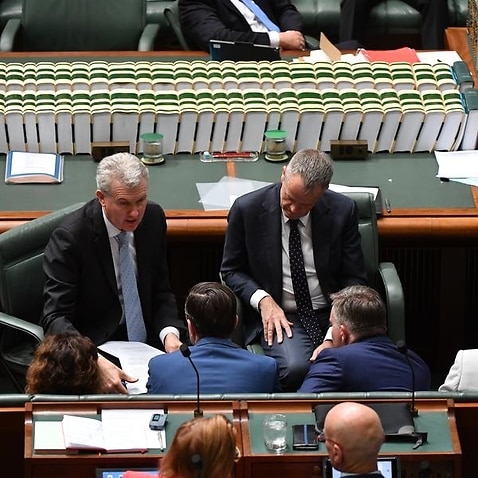