The Philippines sits on the Pacific "Ring of Fire", where tectonic plates collide deep below the Earth's surface.

Lava and broad columns of ash illuminated by lightning spewed from a volcano south of the Philippine capital on Monday, grounding hundreds of flights as authorities warned of a possible "explosive eruption".

Fine grit coated homes and streets across the region surrounding the Taal volcano, which burst to life on Sunday accompanied by a series of earthquakes, forcing at least 10,000 people to seek refuge in evacuation centres.

"You could not sleep anymore, because every time you closed your eyes the house would shake," restaurant owner Lia Monteverde told AFP, saying the quakes came minutes apart. 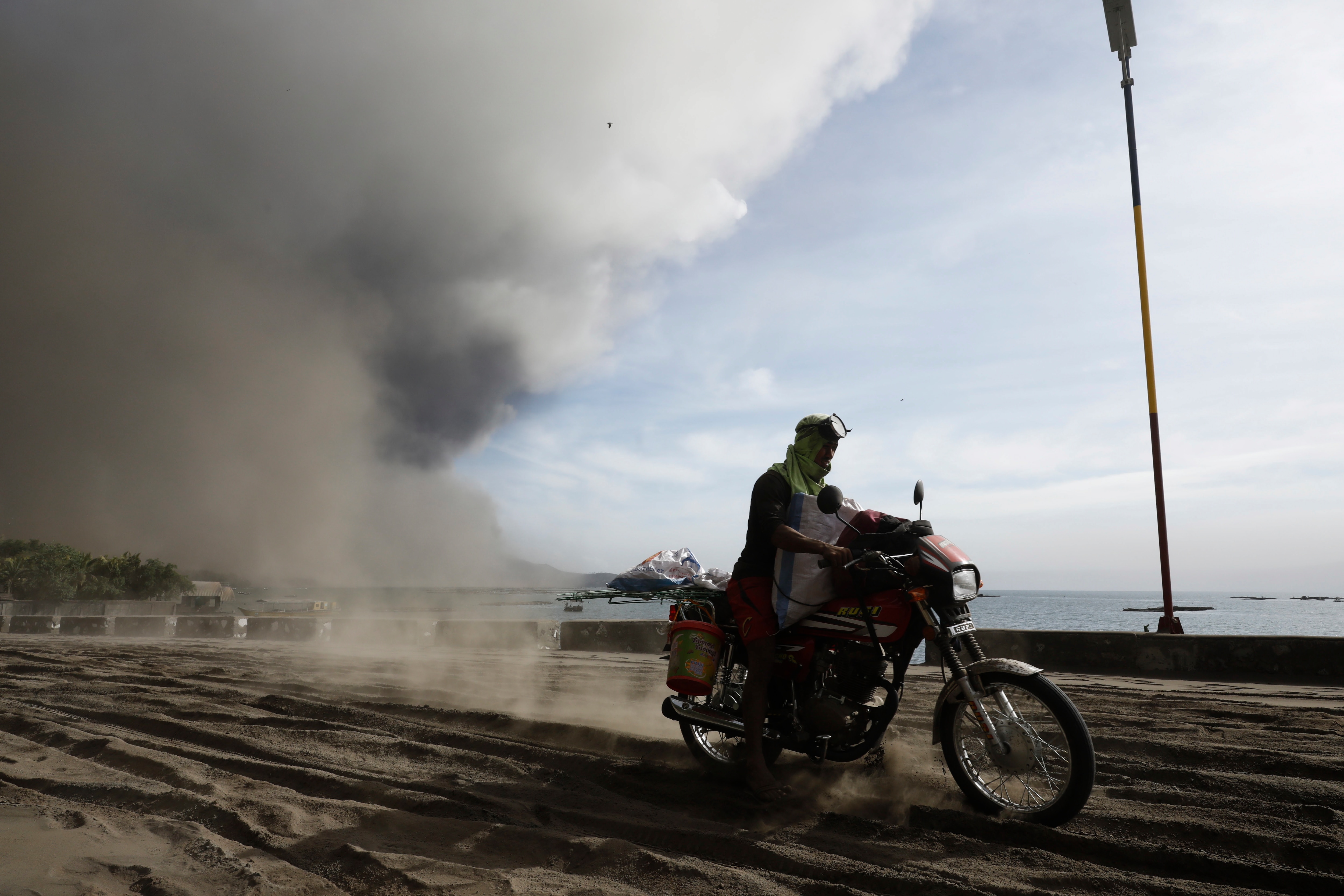 A person rides a motobike on a road covered in ash deposits, a day after the eruption of Taal Volcano, in Agoncillo town in Batangas province, Philippines.
EPA

"All of us didn't sleep at all. We just prepared to leave."

Taal sits in a picturesque lake and is one of the most active volcanoes in a nation where earthquakes and eruptions are a frightening and destructive part of life. 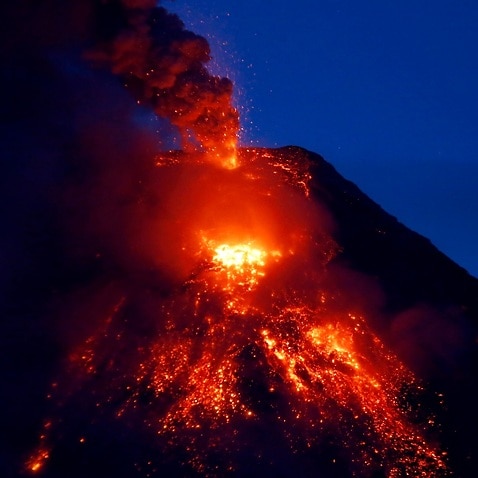 Schools in the region around Taal, some government offices in Manila and the Philippine Stock Exchange were closed as a precaution on Monday.

Dust masks sold out in stores as authorities warned locals that the ash could cause respiratory problems especially in the very young and those with pre-existing lung conditions. 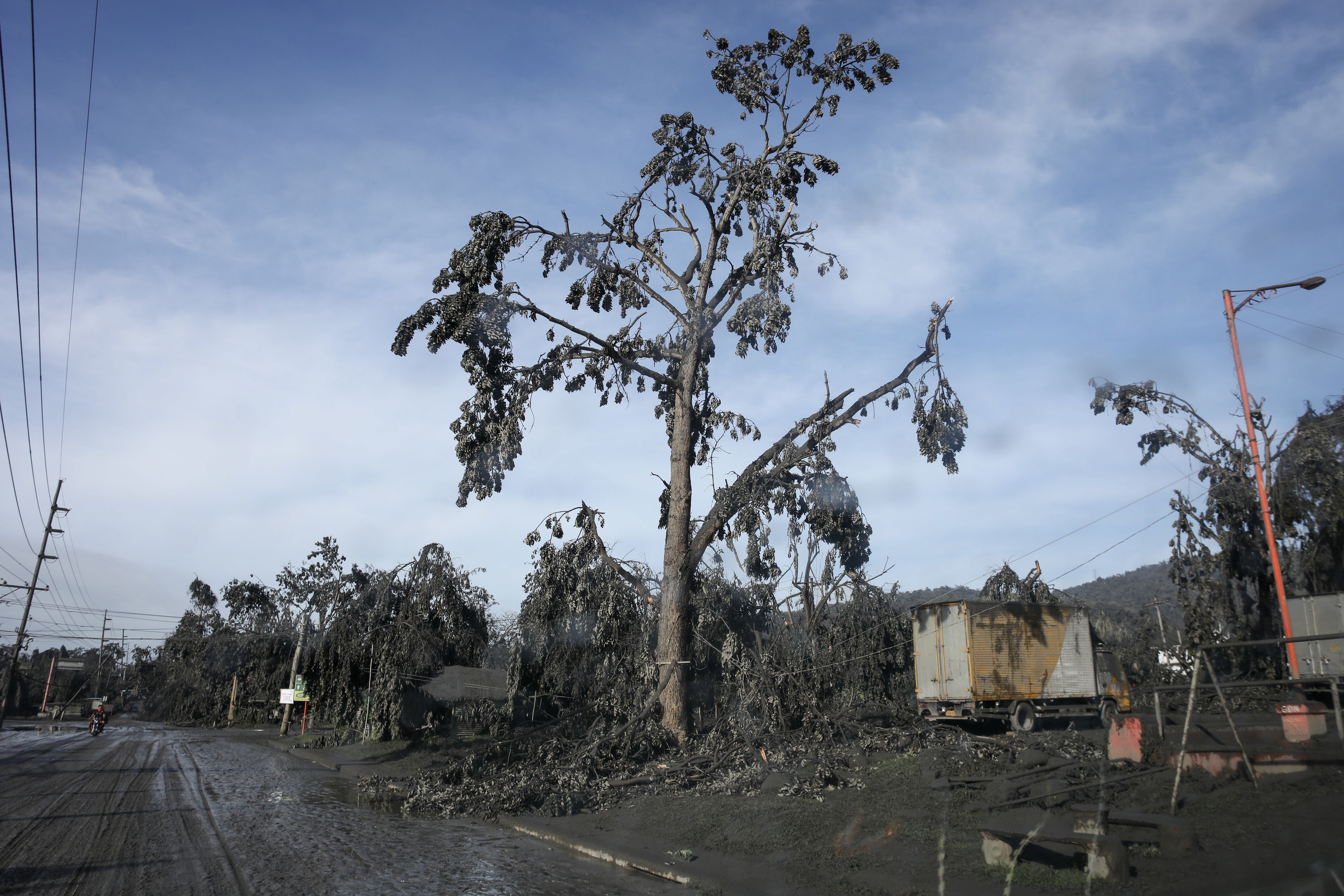 A damaged tree is seen after a volcano eruption in Talisay, Batangas, Philippines.
EPA

"I'm disappointed because this (delay) means additional expense for me and it's tiring to wait," said stranded traveller Joan Diocaras, a 28-year-old Filipino who works in Taiwan.

"But there's nothing we can do."

The eruption began with an explosion of superheated steam and rock, but by early Monday "fountains" of lava had been spotted on Taal, the Philippine Institute of Volcanology and Seismology (Phivolcs) said.

Stunning lightning shows have periodically played out above the volcano in a little-understood phenomenon that is attributed to static electricity.

Authorities raised the volcano alert level to its second-highest on Sunday, saying an "explosive eruption" could happen in "hours to days". 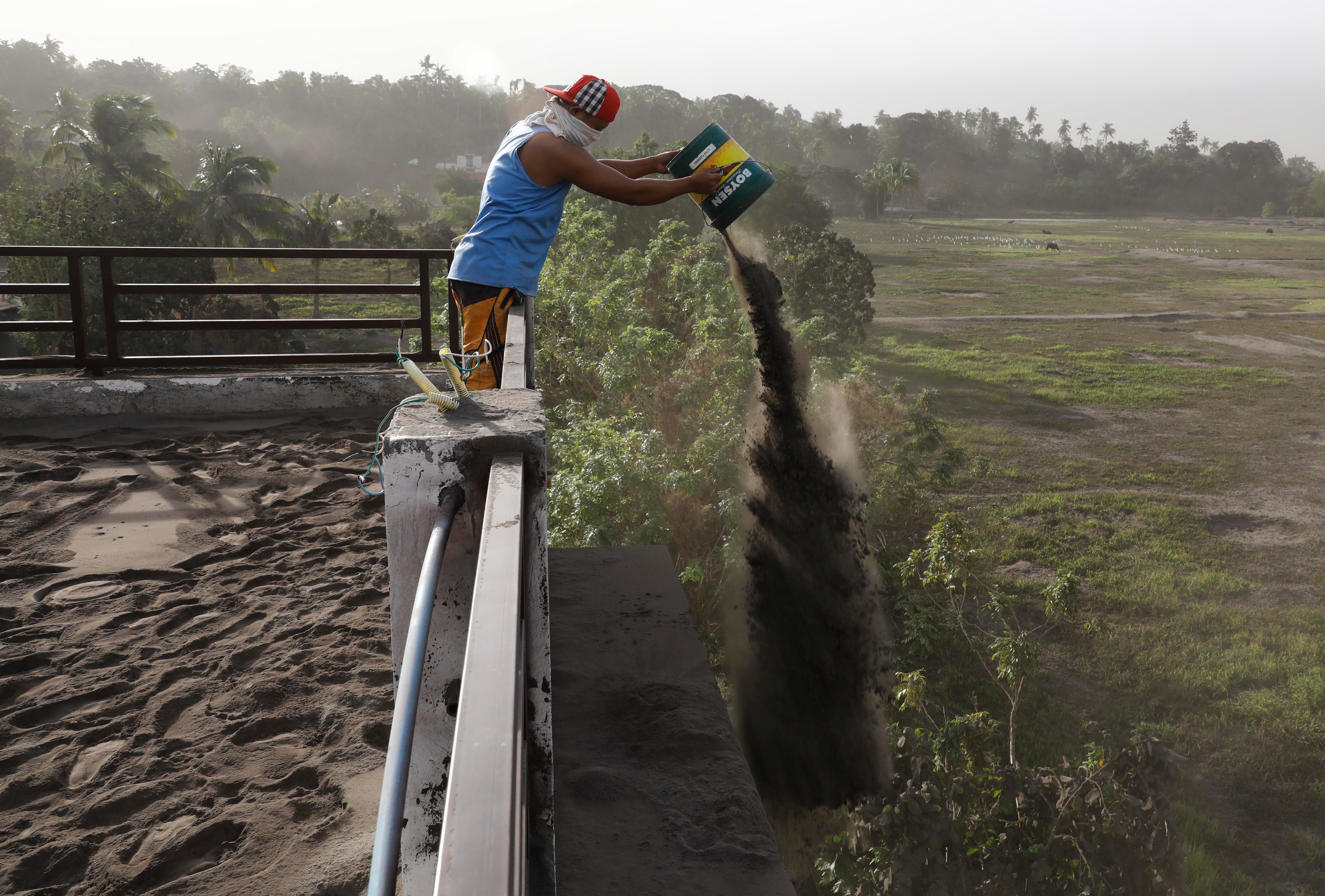 A man throws out ash deposits that accumulated on the roof of his home, a day after the eruption of Taal Volcano.
EPA

Phivolcs chief Renato Solidum told AFP the lava was evidence of fresh movement in the volcano, but said it was unclear if Taal would "sustain its activity".

Government seismologists recorded magma moving towards the crater of Taal, which is located 65 kilometres south of Manila.

Apart from the ash, some particles up to 6.4 centimetres (2.5 inches) in diameter, larger than a golf ball, had reportedly fallen in areas around the lake, Phivolcs said. 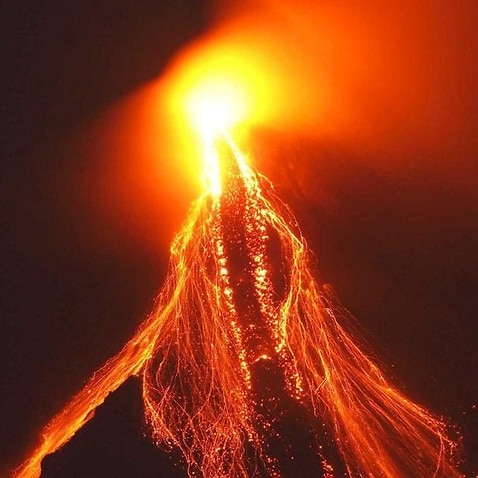 Two years ago, Mount Mayon displaced tens of thousands of people after spewing millions of tonnes of ash, rocks and lava in the central Bicol region.

The most powerful explosion in recent years was the 1991 eruption of Mount Pinatubo, about 100 kilometres northwest of Manila, which killed more than 800 people.