A new Labor ad featuring mostly white Australians has been criticised for lacking diversity - and Opposition Leader Bill Shorten has now acknowledged it was an 'oversight'.

Liberal MPs are pouncing on Bill Shorten over a new advertisement in which he features championing an 'Australians First' approach with a cast of mainly white Australians, saying the Labor leader would have known what was in the final clip.

The ad has even copped criticism from among Labor's own senior ranks, with opposition frontbencher Anthony Albanese calling the ad "a shocker".

In the video, Mr Shorten is pictured next to a large banner reading 'Employ Australians First' and later stands in front of a group of people dressed in various workwear.

Critics say the ad lacks diversity, while some have called it racist.

“It is not the sort of ad that I want my party to be promoting,” the senior Labor figure told reporters.

Mr Shorten must have known what the final ad would look like, the assistant industry minster said.

“The gall of that man to explain to us that he was in an ad and had no idea of the content of that ad," Mr Laundy said.

“In western Sydney we have a simple phrase: We call bulls***.”

SBS World News understands the ad stopped airing on Sunday, was broadcast in regional Queensland and was not scheduled to go beyond that.

Mr Laundy said it was “extremely interesting” that the ad was released in Queensland.

“Bill Shorten wants to, on the floors of parliament, say one thing on the topic of One Nation yet when he has the opportunity he releases a xenophobic and targeted campaign in that home state."

Even One Nation leader Pauline Hanson added her voice to the debate.

Labor is at each other's throats over Shorten's ad. It's sad that they can't put aside identity politics & just put Australia first! #auspol

“It clearly presents a view of the world that doesn’t reflect the diversity of Australia," he told Sky News.

“So if it’s about protecting Australian jobs I accept that.

“But if you look at who are Australians I wouldn’t necessarily say that is the best reflection in that ad.”

Greens senator Sarah Hanson-Young said it was 'a kick in the face' for every migrant who's chosen Australia as their home.

As subtle as a sledge hammer.
Honestly, what are Labor thinking? This is awful, just awful. pic.twitter.com/MJgZvamdBO

Mr Shorten on Monday denied the ad was racist, labelling such accusations as rubbish.

There were too many rorts of the 457 visa system, he told reporters.

“But I certainly think we need to encourage as much diversity as we can," he said.

“I’ve had a look at the final production and I think we should have had more diversity in it and I’ll be speaking to the Labor party about that.”

Later, he promised - on Twitter - that it wouldn’t happen again.

Some people have pointed out the lack of diversity in the ALP’s video about local jobs. Fair cop. A bad oversight that won’t happen again. 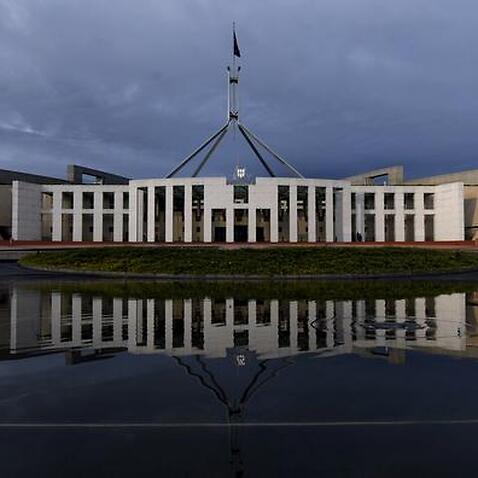