Google and Facebook will be forced to pay a fair price for news produced by Australian media companies or could face fines of $10 million, under proposed laws. 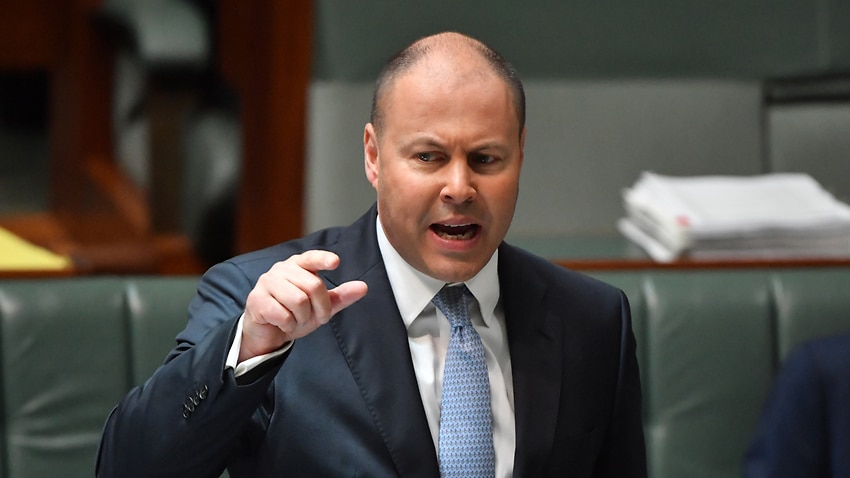 Treasurer Josh Frydenberg says Australian media companies are on the cusp of sealing deals with Google and Facebook to receive fair payment for news.

Mr Frydenberg's comment came as he unveiled new laws, which would mean Google and Facebook face $10 million fines if they don't follow the rules of Australia's proposed media code to ensure they pay for news.

He introduced the underpinning bill to parliament on Wednesday to set up the "world-first" laws to make digital giants pay news companies for their content.

"It's designed to level the playing field and to ensure a sustainable and viable Australian media landscape," he said.

Failing to comply with requirements, such as bargaining in good faith, would see digital platforms pay a fine of up to $10 million.

Compliance costs are also expected to be $10.5 million to $13 million per year, largely affecting digital platforms.

The laws would force the two big digital platforms to negotiate with news media companies in putting a price on their content.

If the platforms and media companies can't come to an agreement within three months, an independent panel of arbitrators will decide on what Facebook and Google should pay - based on separate bids from the platforms and the companies.

But the laws, which come with hefty penalties for bad faith bargaining, may not need to be triggered in some cases.

"Word is coming back to us is that there are deals that may be struck very soon between the parties," Mr Frydenberg said.

Asked to comment on the code, a Google spokesman said: "We haven't seen the revised code yet."

Labor and the Greens are broadly supportive of the code but want to see the fine detail.

"We are prepared to support, in principle, efforts to ensure that the playing field is levelled between the tech platforms and the news media organisations," shadow treasurer Jim Chalmers said.

"We do want to see quality journalism properly paid for in this country."

But he was critical of the government not providing a detailed briefing.

The ABC and SBS will be included in the code, as well as commercial news media organisations.

"They are a wholesale provider and so to the extent regional news businesses and others have their business position strengthened, that will put them in a better position to be acquiring content from AAP."

Greens senator Sarah Hanson-Young said her party would be holding the government to account over ensuring the ABC's funding base was not eroded if it struck a deal with the platforms, and that AAP received ongoing support.