The clash between Twitter and Donald Trump has thrust rival Facebook into turmoil, with employees rebelling against CEO Mark Zuckerberg's refusal to sanction false or inflammatory posts by the US president. 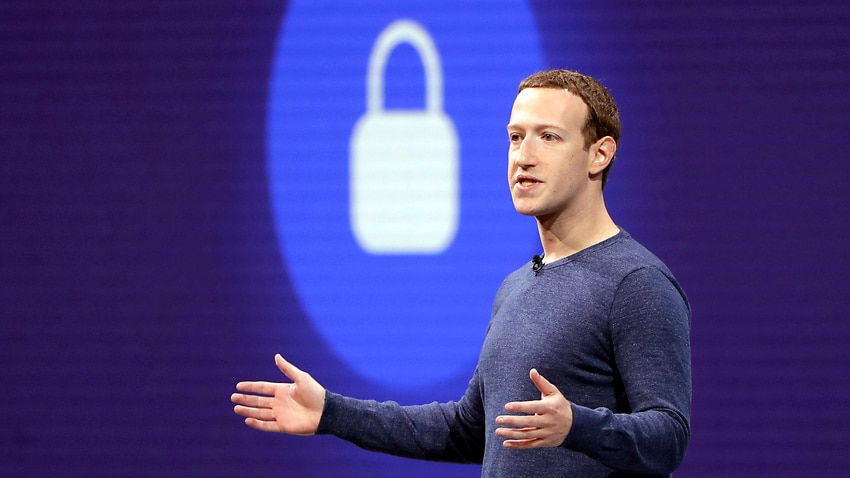 Facebook CEO Mark Zuckerberg has defended the decision not to censor the President. Source: AAP

Facebook employees walked away from their work-from-home desks on Monday and took to Twitter to accuse Chief Executive Mark Zuckerberg of inadequately policing US President Donald Trump’s posts as strictly as the rival platform has done.

Some Facebook employees put out word of a "virtual walkout" to take place Monday to protest the social network's stance and show support for the black community, according to tweeted messages.

"As allies we must stand in the way of danger, not behind. I will be participating in today's virtual walkout in solidarity with the black community," tweeted Sara Zhang, one of the Facebook employees in the action.

Nearly all Facebook employees are working remotely due to the pandemic.

As allies we must stand in the way of danger, not behind.
I will be participating in today's virtual walkout in solidarity with the black community inside and outside FB.#BlackLivesMatter

"Mark is wrong, and I will endeavour in the loudest possible way to change his mind," Ryan Freitas, the design director of Facebook's News Feed, tweeted Sunday, adding that he was organising about 50 other employees who share his view.

At the root of the discord is Twitter's unprecedented intervention last week when it tagged two Trump tweets about mail-in ballots with messages urging people to "get the facts."

Mr Zuckerberg reacted by telling Fox News that private social media platforms "shouldn't be the arbiter of truth of everything that people say online."

Mark is wrong, and I will endeavor in the loudest possible way to change his mind.

On Friday, Twitter responded once again to a Donald Trump tweet, this time after he used the platform to warn protesters outraged by the death at police hands of an unarmed black man that "when the looting starts, the shooting starts."

The message also was posted on Facebook, but Mr Zuckerberg decided to let it stand unchallenged.

"I've been struggling with how to respond to the President's tweets and posts all day," he wrote Friday in a post.

"Personally, I have a visceral negative reaction to this kind of divisive and inflammatory rhetoric."

But, Mr Zuckerberg went on to say that "our position is that we should enable as much expression as possible unless it will cause imminent risk of specific harms or dangers spelled out in clear policies."

While I understand why we chose to stay squarely within the four corners of our violence and incitement policy, I think it would have been right for us to make a “spirit of the policy” exception that took more context into account.

But Facebook exempts political personalities and candidates from these restrictions.

Mark Zuckerberg's position has not gone down well with many of his employees, who turned to Twitter and Medium to express their disapproval.

"I don't know what to do, but I know doing nothing is not acceptable," Jason Stirman, a member of Facebook's research and development team, wrote on Twitter.

I don't know what to do, but I know doing nothing is not acceptable. I'm a FB employee that completely disagrees with Mark's decision to do nothing about Trump's recent posts, which clearly incite violence. I'm not alone inside of FB. There isn't a neutral position on racism.

David Gillis, a member of the design team who specialises in product safety and integrity, said he believed Mr Trump's looting and shooting tweet "encourages extra-judicial violence and racism."

"While I understand why we chose to stay squarely within the four corners of our violence and incitement policy, I think it would have been right for us to make a 'spirit of the policy' exception that took more context into account," he wrote.

Nate Butler, a Facebook product designer, added: "I need to be clear – FB is on the wrong side of this and I can't support their stance. Doing nothing isn't Being Bold. Many of us feel this way."

To make matters worse, US media revealed Sunday that Mark Zuckerberg and Donald Trump spoke by telephone on Friday.

The conversation was "productive," unnamed sources told the Axios news outlet and CNBC.

The call "destroys" the idea that Facebook is a "neutral arbiter," said Evelyn Douek, a researcher at Harvard Law School.

Like other experts, she questioned whether Facebook's new oversight board, formed last month to render independent judgments on content, will have the clout to intervene.

On Saturday, the board offered assurances it was aware there were "many significant issues related to online content" that people want it to consider.

"We will make decisions without regard to Facebook's economic, political or reputational interests, in a fair, transparent and politically neutral manner," it said.

The president signed a decree Thursday attacking one of the legal pillars of the US internet, Section 230, which shields digital platforms from lawsuits linked to content posted by third parties while giving them the freedom to intervene as they please to police the exchanges.