A large-scale identification operation was conducted in the Al-Hawl refugee camp last month, with families of the 67 Australians trapped there hoping it would lead to a breakthrough in repatriation efforts. But weeks on, there's still been little movement or communication. 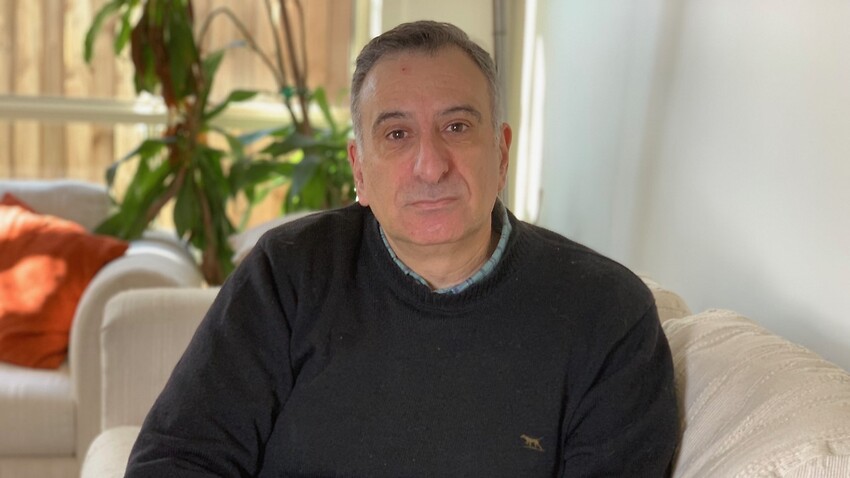 Kamalle Dabboussy didn’t think after 15 months there would be so little progress.

Mr Dabboussy’s daughter Mariam and her three children became trapped in Syria’s Al-Hawl refugee camp after Mariam was coerced into travelling to the Middle East in 2015.

There are 67 Australians currently in the camp of more than 60,000 people, most of them relatives of IS fighters.

Since IS lost its foothold in Syria in March 2019, many Western nations, including Australia, have resisted calls to bring their citizens home.

Mr Dabboussy said despite numerous approaches to the federal government, there's been little communication with him or the families of the other Australians in the camp.

“We feel frustrated and somewhat betrayed,” he told SBS News.

Kamalle Dabboussy looks at pictures of one of his grandchildren Source: SBS News

In recent weeks, authorities have collected personal data, such as photographs and fingerprints, from the detainees to try and identify active IS members and get countries to "assume their responsibilities" for any nationals they have in the camp.

“This collection of data helps improve the living and humanitarian conditions inside Al-Hawl camp, as well as facilitate coordination with the countries whose nationals reside in the camp and urge them to assume their responsibilities towards their citizens,” the administration that governs Syria’s Kurdish-held north-east said in a statement.

Mr Dabboussy said he hoped the gathering of the data would be a turning point.

“We saw the ID tests to be something positive as something that could help the Australian government by knowing exactly who's there,” he said.

But weeks on, there's been no further information.

The federal government has previously said the Australian women and children in Syria could pose security threats if they're repatriated, a suggestion many of their families deny.

In a statement to SBS News, a spokesperson for the Department of Home Affairs reiterated the government would not put the safety of Australian officials at risk to repatriate people from Syrian conflict zones.

"We are not going to put Australian officials’ lives at risk to try and extract people from these dangerous situations," the spokesperson said.

“We know that the US forces, the Kurdish forces will bring these children to the relative safety of the Northern Iraq border for repatriation,” he said.

“We also know these women have voluntarily said they would sign up to very onerous terrorism control orders, and that mitigates any risk that may exist to the Australian public.”

The International Committee of the Red Cross, which has been contributing to efforts to deal with the threat of COVID-19 in the camp, has indicated it would help the federal government repatriate Australian citizens if a request was made.

“It's part of our work to facilitate the return of people to their country of origin. We've done this for decades and we've done it in many contexts,” spokesman Fabrizio Carboni said.

This week, 10 children returned to France from the camp.