South Australian woman Kirsty Boden was among those killed in the London terror attack, it has been confirmed.

Friends and family of Kirsty Boden have paid tribute to the South Australian nurse as a selfless and caring hero after confirmation she was among those killed in the recent London terror attacks.

Colleagues at the London hospital she worled at have described her as "one in a million".

The 28-year-old died trying to save victims injured on the London Bridge.

“As she ran towards danger, in an effort to help people on the bridge, Kirsty sadly lost her life,” a statement on behalf of her family said.

“We are so proud of Kirsty’s brave actions which demonstrate how selfless, caring and heroic she was, not only on that night, but throughout all of her life.”

Ms Boden, from Loxton, had been living in the UK for some time working as a senior staff nurse at Theatres Recovery at Guy’s Hospital, near the London Bridge. 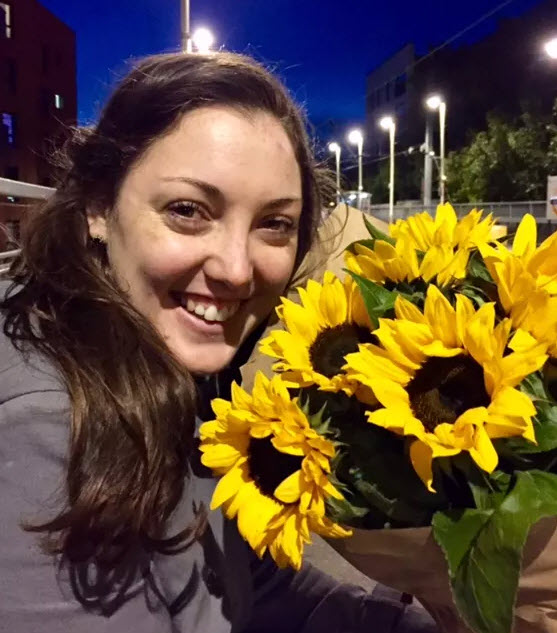 "(She was) described by her colleagues as ‘one in a million’ who always went the extra mile for the patients in her care," she said in a statement.

Ms Boden’s family said she was loved and adored by her friends and boyfriend.

“She was the most outgoing, kind and generous person who loved to help people. Helping people was what she loved to do in her job as a nurse and in her daily life.”

“Kirsty – we love you and we will miss you dearly.”

Friend Riley Stone said he was numb upon learning the news.

“I can't believe you've been taken from us. Risking yourself to help others, but I guess that's who you are, and who you will be remembered for,” he posted on Facebook.

“I'm still in disbelief. Kirsty, you will be dearly missed by many. My thoughts are with your family and friends back home and partner in London.”

Another family friend, Marianne Jachmann, said Ms Boden and her family had been part of their lives for many years.

“I am feeling sick to the core on hearing about Kirsty Boden being caught up in the Tragedy in London,” she posted on Facebook.

“We are all thinking of them and hope all this evil stops.

“Kirsty's death brings the horror of terrorism closer to home for all of us," he wrote on Facebook.

“It's the random nature of this heinous crime which makes it so hard to fathom.”

Ms Boden's family said they would not be making any further comments and asked everyone for privacy.

There are still grave fears for the safety of Brisbane woman Sara Zelenak, 21, who has been missing since the attack.

Her mother, who is on her way to London, said Ms Zelenak had been working as an au pair and was given the night off when the attack occurred.

Prime Minister Malcolm Turnbull said on Tuesday morning he had "very real concerns" for two Australians thought to have been caught in the attack.

He said he couldn't reveal any more information at that time.

On Saturday night, London time, a van mowed down pedestrians on London Bridge before assailants began stabbing people at the nearby Borough Markets.

Seven people were killed and 48 were injured. Of those, 21 were in a critical condition.

It is the third fatal attack in Britain in less than three months. London attack: Who are the victims?

Two other Australians were caught in the incident but suffered non-life threatening injuries.

Queensland woman Candice Hedge is recovering from a stab wound to her neck and Andrew Morrison has a minor injury.

A Metropolitan Police spokesman in London told AAP that police had not yet released the names of the dead or injured.

"We are trying to locate people as best we can."

The spokesman said a casualty bureau had been set up to help people trying to find family members who may have been caught up in the attacks.

Concerns for two Australians in London