The majority of young homeless people being helped by service providers say they've experienced violence in the home.

Amal Oribi moved to Australia from Lebanon in her teens, to reunite with her father, but soon found home was a place of danger.

She says she was left homeless after suffering abuse at the hands of family members.

Ms Oribi was one of four young people who shared her experience of homelessness at a forum organised by the Council to Homeless Persons.

"At least 80 per cent of the young people who came to the services were homeless because of domestic and family violence," said YFoundations CEO, Michael Coffey.

"We looked like backpackers. We had a small group of us... and we looked clean."

"The language used in the literature on domestic and family violence tends not to include young people. It does include children but it tends to sort of assume they are witnesses or somehow secondary victims," he said.

"Where in fact my research showed often they are direct victims of violence themselves," she said.

Homelessness has many causes

Family violence is not the only reason young people may leave their homes.

23-year-old Erik Ly left the family home at the age of 12, after coming out to his traditional Vietnamese family as transgender.

"My family had a hard time accepting who I was," he said.

Ly spent years in and out of refuges, and experienced difficulty accessing homelessness services as a gender-diverse person.

"I was under a lot of stress. And it was really hard for me because I didn't really have any other place to stay if I was turned down by a service," he said.

'It's not always the homelessness you see'

24-year-old, Liam Mcconaey has been navigating homelessness services for the better part of six years, and says the stereotype of homelessness - people sleeping rough on the streets, only tells part of the story.

"Probably one-tenth you actually see in a big CBD like Sydney or Melbourne... the rest of them, believe it or not, are just tucked away trying to get their lives back together."

"We looked like backpackers. We had a small group of us... and we looked clean," he said.

Advocacy groups say youth homelessness also encompasses those living in emergency accommodation or who are 'couch surfing' out of necessity.

Explore the complex issue of homelessness in Australia 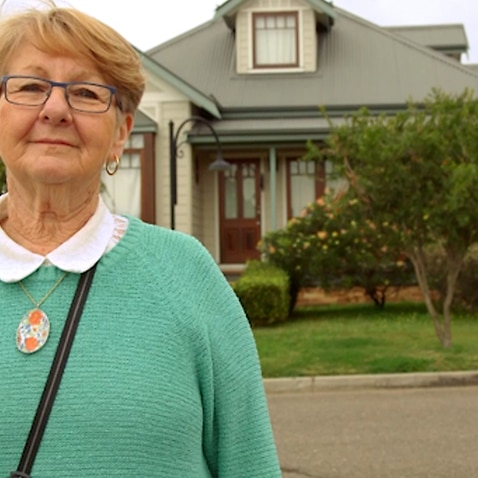