The nation's leaders will wait until the Fair Work Commission rules on family violence leave before considering a national approach.

A meeting of the nation's leaders has put off until early next year any decision on a nationwide standard for family violence leave.

Instead they will wait for a Fair Work Commission decision on the issue before revisiting the issue.

The commisson is considering an application to include an entitlement of 10 days' leave in all modern awards.

"As always, our conversations have been wide ranging, positive and frank," he told reporters in a joint press conference with state premiers and territory leaders. Federal government is 'not an ATM', PM tells state leaders at COAG

"We owe it to future generations to undertake the serious structural and budgetary reform to lift the capacity of our economies and improve productivity," he said.

The leaders were given a briefing about a "very important" discussion paper on energy security prepared by Chief Scientist Alan Finkel.

"It raises a lot of engineering and technical challenges but I think we're all satisfied that the solutions are there, but a great deal more work needs to be done," Mr Turnbull said.

The controversial lever-action Adler shotgun will be subject to stricter controls following an agreement by state and territory leaders.

The five-shot version of the shotgun will now be classified as Category B instead of A under the national firearms agreement, according to a communique from COAG.

The seven-shot version will be classified as Category D, meaning it will only be available to a very limited group. 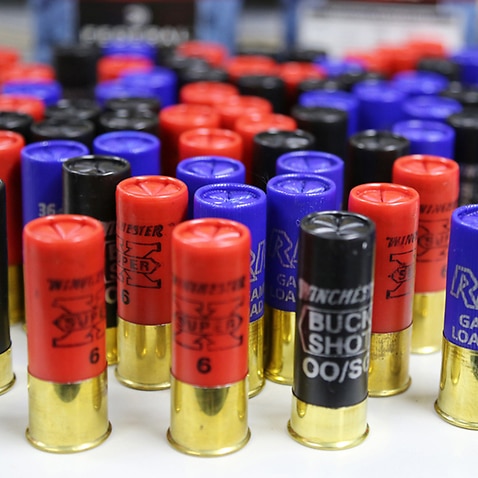 The leaders also reiterated their support for constitutional recognition of Australia's indigenous peoples and to refresh the Closing the Gap agenda.

And Murray-Darling Basin governments will ask their water ministers to report to the next COAG meeting with practical solutions and projects to implement the basin plan in full.

Victorian Premier Daniel Andrews said he was sad the leaders could not agree on a number of matters surrounding family violence.

"I do think we could have gone further today," he told reporters.

"I think we need to do more than talk about family violence leave. We need to deliver it in full."

She also suggested COAG meet in regional Australia, where people were hurting in the two-speed economy, rather than in Canberra.

"If collectively we can move around the nation and meet in those different pockets I think we'll understand the issues of people a lot more clearly," she said. West Australian Premier Colin Barnett considered himself a lone voice in the energy debate, saying too much attention was been paid to "market schemes and the like".

"The situation on the east coast would be a lot better with a few simple fundamental reforms rather than exotic and eloquent market solutions," he said.

South Australian Premier Jay Weatherill didn't hold back in criticising the prime minister on the issue of energy policy, especially in light of Mr Turnbull's decision to rule out consideration of an emissions intensity scheme for the electricity sector as away of reducing carbon pollution. "We believe we should base our decisions in this area on the basis of evidence," he said.

"It is easy to scare people, but fundamentally I believe in the intelligence of the Australian community to actually grapple with these complex public policy issues and come up with good solutions".

ACT Chief Minister Andrew Barr - the nation's longest-serving treasurer as well - said he was frustrated at the lack of economic reform coming out of COAG.

"We've seen no real progress made after a number of years on urgent economic reform priorities for the country."

What came out of the COAG meeting

COAG energy council asked to work on managing the transition to low emission technologies, leaders committed to urgently work on solutions based on Chief Scientist Alan Finkel's final report, due in 2017.

Queensland, Victoria and South Australia have not signed up.

Commonwealth extended funding for another year while efforts to reduce rise in homelessness are explored.

Long-term hospital funding arrangements will be considered in 2017 and agreed in 2018.

Issues to be dealt with by regular COAG side meeting, to provide plan to COAG by April 2017 to implement the basin plan package agreed in 2012.