With national livestock herds at record lows after Australia's prolonged drought, animal rescue groups have recorded a sharp spike in the number of unwanted dogs, including livestock guardian breeds.

Barkley is a six-month-old maremma sheepdog, happily accepting cuddles from three children Aaron, Amelie and Tristan Coulon on the sofa of the family's Dolans Bay home in Sydney’s south.

“Barkley absolutely adores children. The first day they went back to school, he cried all the way home … because he missed them so much,” Sarah Coulon, who works with Maremma Sheepdogs in Rescue, said.

Barkley already stands knee-high on an adult and his giant white paws indicate he’ll be large and powerful when fully grown. Barkley's also a rescue dog. His pregnant mother was taken from an angry NSW farmer. 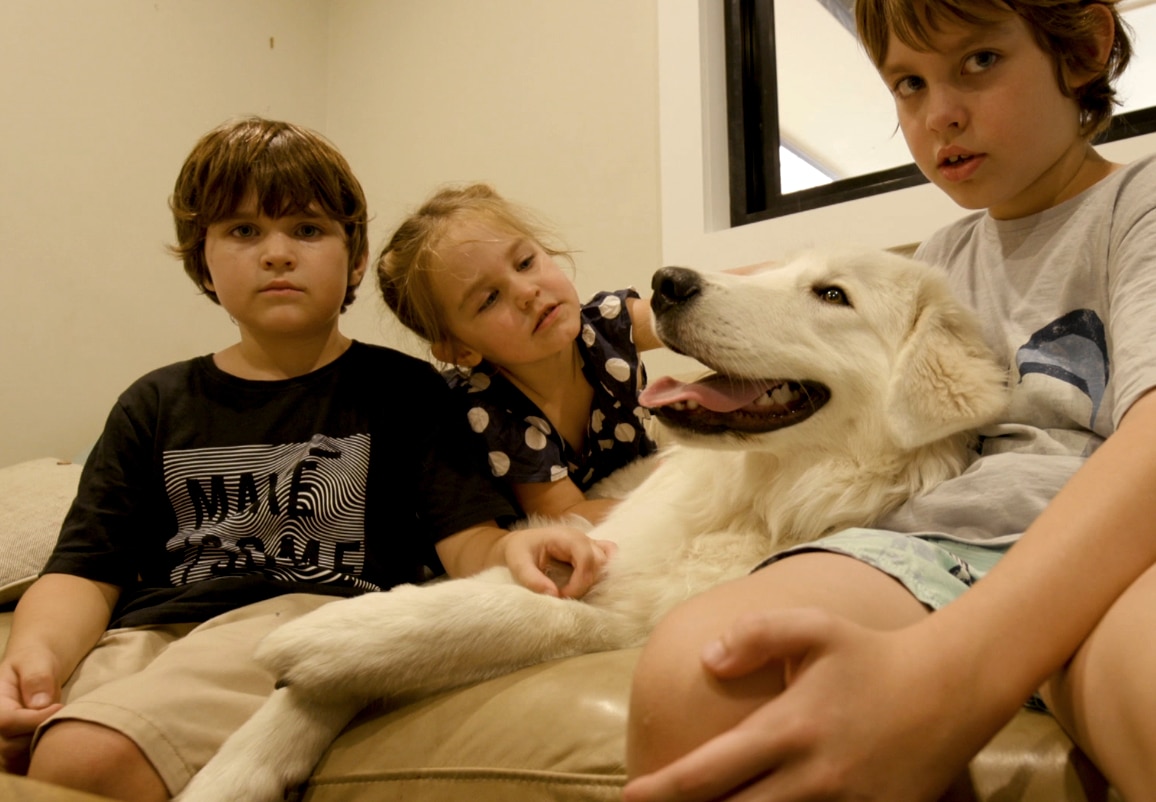 “He [the farmer] basically said: ‘This dog is attacking my sheep. You need to come and either get the dog straight away or I'm going to shoot her'," Ms Coulon said.

The pregnant dog was taken in by Maremma Sheepdogs in Rescue, based at Portland in western NSW. Founded by Andrea Corradini, it's re-homed animals for almost 20 years.

In Australia, more than 110,000 dogs are surrendered or abandoned every year. Barkley's mum and her six pups all found new homes. However, many dogs now out of work on livestock farms aren't so lucky.

The latest Meat and Livestock Australia 2020 Sheep Industry Projections report says the national flock is forecast to fall 3.5 per cent to 63.7 million head by June 2020.

Recent rains have seen some farmers rushing to re-stock, however it will take years for flocks to reach pre-drought levels.

Historically, maremmas were bred in Europe to guard livestock from predators, like wolves. They do not herd like kelpies or cattle dogs, but live among the flocks. In Australia, maremma dogs are also bought from breeders to protect free-range chickens.

"They protect [the chickens] from hawks and eagles during the day and foxes at night, by monitoring the boundary like security,” Kate Warner from Caravan Eggs in western Victoria said..

"The dogs ... do it by instinct. Traditionally, they were Italian sheepdogs and so at a young age they will bond to the animals they protect."

Sales soared after the Australian film Oddball, based on a true story about maremmas guarding wild penguins in Victoria.

The dogs also defend captive-bred colonies of endangered species, including eastern barred bandicoots and quolls, from predators like foxes and feral cats.

Young maremmas benefit from working with an older dog, before being released to guard a herd, Sarah Coulon said. While many successfully transition to city life, they have special needs.

“They don’t mature for two or three years, it’s a long time,” she said. 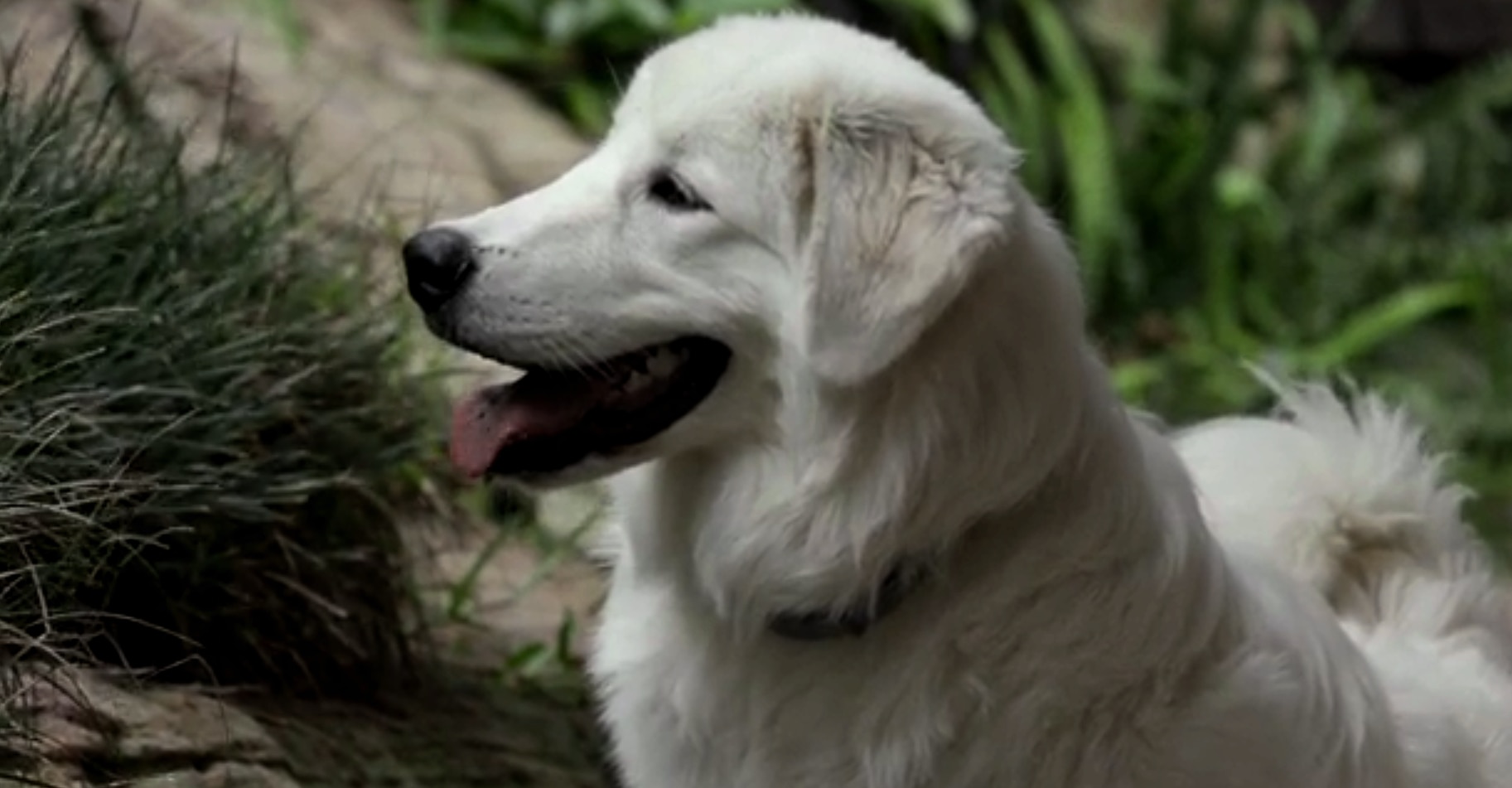 Maremmas need companionship and may bark if left alone all day.

“One of their biggest instincts is to guard, and that can lead to all sorts of problems in certain environments such as suburban gardens.

“You can't just leave them [alone] in your backyard because they will become over-territorial and bark.

“We would really just like people who want to get a maremma to do their research before going: ‘Oh, that's such a cute puppy. Let's get the puppy’. They need to understand there's a lot of hard work that goes into it,” Sarah Coulon added.

Michael McTeigue has seen a sharp spike in the number of dogs including maremmas needing to be re-homed, through his family-owned business SavourLife.

“Yeah, we've got the most dogs we've ever had on our platform at the moment,” the former marketing executive explained in his office at Manly on Sydney’s northern beaches. SavourLife has helped rescue more than 10,000 dogs since it was founded in 2013.

His business makes and sells dog food and half the profits are donated to support hundreds of volunteer dog rescue groups. So far, he’s gifted $1.3 million dollars.

"You can search by personality trait, age, breed, is it good with kids, other pets, other dogs.” Maremmas’ protective instincts make them ideal service dogs, working with people living with PTSD, autism or mental illness. Maremmas also patrol the corridors of nursing homes, and seem to sense which residents would like a cuddle.

He advised would-be dog owners to do their research carefully before adopting.

“Do you have the right facilities to take care of the dog?

“If you're working 80 hours a week and live in a studio apartment, a large, very active or working dog is not a great match for you,” he said.