The Farmers Federation's Fiona Simson is disappointed her meeting with the Nationals on climate change targets for primary producers has been delayed. 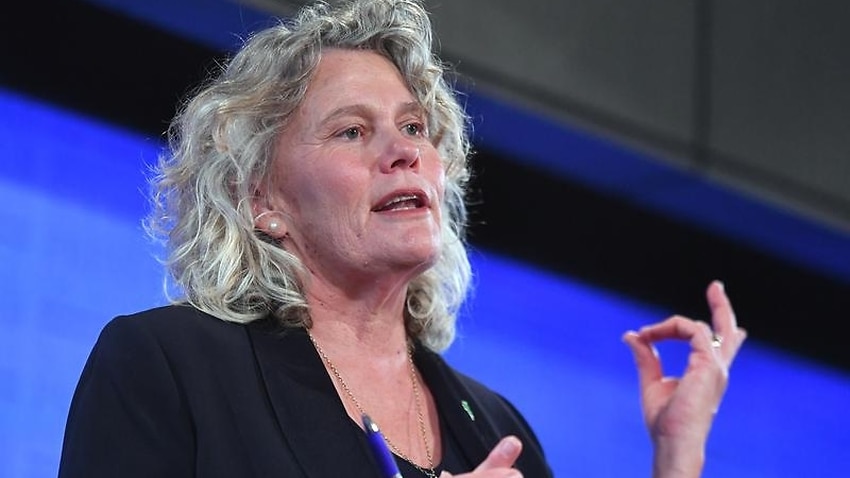 Australian farmers are calling for a fair go in return for supporting an economy-wide aspiration of net zero emissions by 2050.

The National Farmers Federation says producers need to be acknowledged for the losses they suffered during the Kyoto negotiations and in the 1990s when their property rights were removed without compensation.

She and Agforce Queensland president Georgie Somerset had been set to brief the federal Nationals party room on Monday, seeking a resolution to what she calls a "festering sore created by ... statutory theft".

However, that meeting has been postponed.

"We look forward to talking to the party room at the appropriate time that they're considering what draft policy they should support," she told AAP.

"Farmers have been at the forefront of Australia's efforts to meet climate change targets for decades, although not always knowingly.

"The outcome of this was that landholders, unknowingly and without support, made a major contribution to meeting, and it turns out, substantially over achieving on Kyoto commitment targets.

"A significant proportion of more than 400 million tonnes of excess carbon sequestration was delivered through this process.

"If done today, landholders would be eligible to participate in the Emission Reduction Fund or a secondary carbon market and receive income for this activity, but not then."

Ms Simson says it's time to square the ledger, but added compensation is unlikely.

"While the pain is real and the pain is deep about these arrangements that were put in place many years ago, the talk of compensation is not going to happen, it's too difficult...because of the complicated arrangements between the states and the Commonwealth."

Federal Agriculture Minister David Littleproud said farmers had a right to be angry.

"Australian farmers are cranky because they weren't compensated because state governments put it in their pocket rather than put it into farmers' pockets," the deputy leader of the Nationals said on Monday.

While the federal government is under pressure to deliver a 2050 plan for net zero emissions before the world descends on Glasgow, Labor is yet to confirm what its interim target would be.

The Business Council of Australia, which represents the nation's biggest companies, released an analysis on Saturday calling for 50 per cent emissions reduction by 2030.

Labor supports a net zero target by 2050 but says it will set a interim goal before the next federal election, which is due by May.

Prime Minister Scott Morrison, who is in negotiations with the Nationals on 2050, still hasn't confirmed whether he will attend the United Nations climate change conference later this month.

However, she says they aren't prepared to be the climate solution for other sectors.

"Government must not expect prime farm land to be converted to a massive carbon sink," she said.

"We want a package for agriculture, we want a package that charts our path forward in a lower emissions economy, where we utilise technology and data and research as well as look at addressing the pain of Kyoto."