Drilling had been banned in Arctic National Wildlife Refuge for decades before Republican-led tax legislation signed by Donald Trump in 2017 removed the ban. 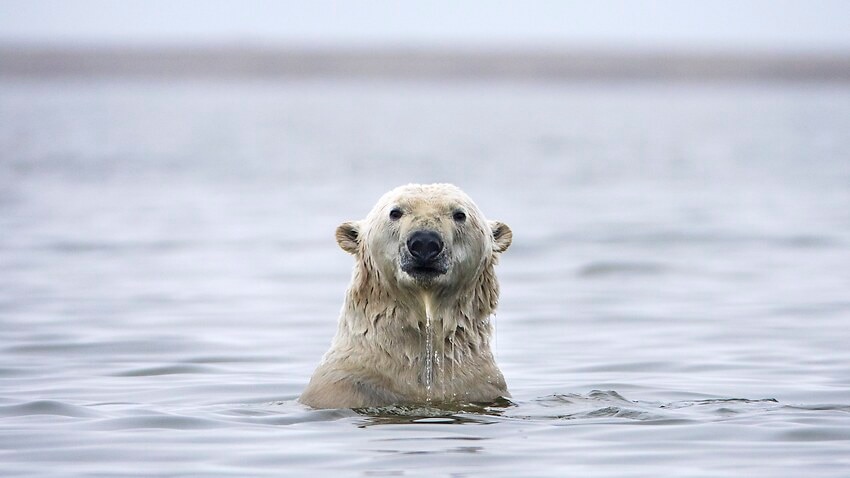 A polar bear swims in the water off a barrier island in the Arctic National Wildlife Refuge, Alaska, USA, 11 September 2017 Source: EPA

The administration of US President Donald Trump on Monday proposed allowing companies searching for oil and gas deposits in the Arctic National Wildlife Refuge to disrupt polar bears living there.

The so-called “incidental harassment authorisation” proposed by the US Fish and Wildlife Service would pave the way for seismic surveys in the refuge’s coastal plain, a key part of Mr Trump’s last-minute push for more oil development in the region.

The Fish and Wildlife Service said that no polar bears are expected to be injured or killed during seismic operations, some of which are scheduled to take place next month, and expects disturbances to impact only a few bears.

In this file image, a polar bear walks through the Arctic National Wildlife Refuge in Alaska. Source: AAP

But several veteran Arctic scientists and environmentalists in Alaska have warned against seismic operations – which can involve blasting to produce sonic images of underground formations.

They argue the testing will upset wildlife and that the heavy machinery and activity involved in the work will damage tundra and speed up the thaw of permafrost.

Polar bears are considered a threatened species because of the rapid warming of the Arctic.

Drilling had been banned in ANWR for decades before Republican-led tax legislation signed by Mr Trump in 2017 removed that ban.

Mr Trump has sought to maximise domestic oil, gas, and coal production and has downplayed environmental and climate threats from the drilling and mining industries.

The US Interior Department will hold a 6 January lease sale in the refuge.

Read More
Climate change is one of the most divisive issues in the US. How do Joe Biden and Donald Trump compare?

Meanwhile, Alaska Native-owned company, Kaktovik Inupiat Corp is seeking to use seismic tests next month to search for oil deposits within 550,000 acres in the refuge’s 1.6 million-acre refuge coastal plain.

The incidental harassment authorisation will be finalised after 30 days of public.

That would allow for seismic surveys to be approved just before Mr Biden is inaugurated on 20 January.