The Federal Court has ordered the Australian government not to deport members of a Tamil family as they await the outcome of an immigration appeal. 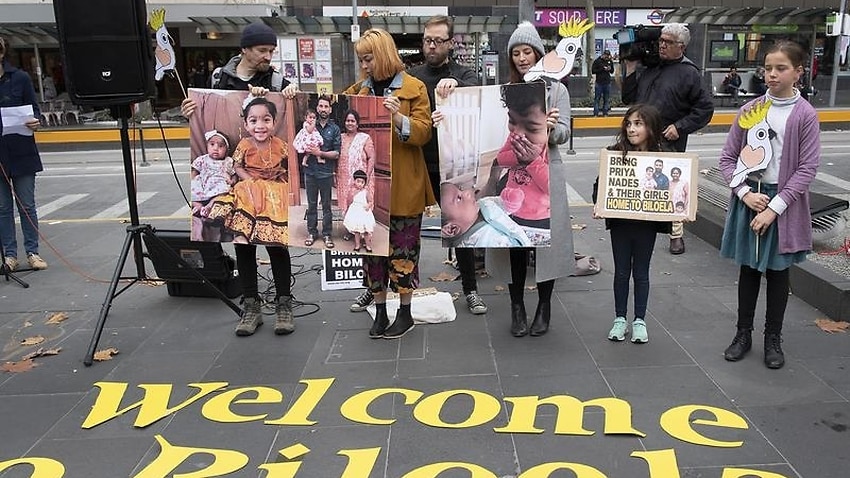 A judge has issued an interim order stopping two members of a Sri Lankan family being deported. (AAP)

The federal government has been ordered to stop the deportation of two members of a Tamil family fighting to remain in Australia, but there's no guarantee the rest of the family won't be forcibly removed.

"It's a good result and we're all taking a big sigh of relief," family friend Simone Cameron told AAP.

But Priya's husband Nadesalingam and their one-year-old daughter Tharunicaa could still be deported since the court injunction doesn't include them. Lawyers have only ever lodged cases relating to the mother and eldest daughter.

"We would like to have that assurance from the Department of Home Affairs and from (immigration minister) Peter Dutton, but we don't have it yet," Ms Cameron said.

The department said it does not comment on "individual detention arrangements or potential removal operations".

But the department also said foreigners who have exhausted all legal avenues, and who don't depart voluntarily, are subject to removal.

"This family's case has been comprehensively assessed over many years by the department, various tribunals and courts," a spokesperson said.

"They have consistently been found not to meet Australia's protection obligations."

The family is being held in immigration detention in Melbourne.

Priya and Nadesalingam came to Australia separately by boat in 2012 and 2013 and settled in Biloela, in central Queensland, before having their two daughters.

Australian Border Force officials removed the family from their home during a dawn raid on March 5.

A week later the family were taken to Perth Airport for deportation and put on a plane to Sri Lanka until a last-minute legal intervention allowed them to disembark.

The Biloela community and supporters have rallied around the family, but hopes they would return home were dashed on Thursday when the Federal Circuit Court dismissed their appeal.

The family has 21 days to appeal over the ruling and had started the process of doing so when they were issued with deportation notices on Friday.

"We are pretty tenacious and so we're going to throw everything we've got at this," Ms Cameron said.

The family's supporters have started a petition, asking Qantas and 11 other airlines to refuse to take the family to Sri Lanka.

In May, Biloela's residents also delivered a petition to Mr Dutton containing about 100,000 signatures calling for the family's right to stay.