A royal commission has heard people living with a disability were left "watching and waiting" for a federal coronavirus plan at the beginning of the pandemic. 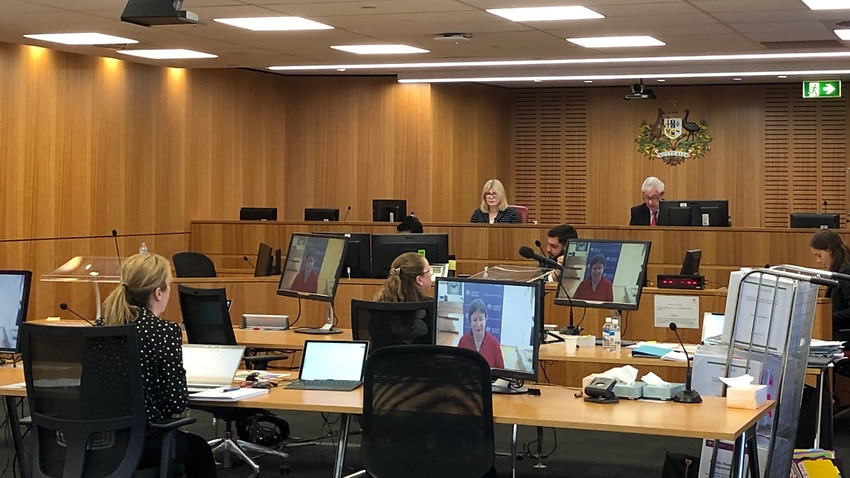 A hearing at the disability royal commission on Tuesday. Source: Twitter

The federal government's initial emergency coronavirus plan did not mention people living with a disability, leaving many "watching and waiting", a royal commission has heard.

The four-day hearing is examining the impact of COVID-19 on people with a disability and the adequacy of the Commonwealth's response.

A broad plan was released by the federal health department in February, at the beginning of the pandemic.

It mentioned groups including Aboriginal and Torres Strait Islander people but not people with a disability, Senior Counsel Assisting Kate Eastman SC told the commission on Tuesday.

"People with disability and their advocates watched and waited to hear the commonwealth government's plan," she said.

More than 70 disability organisations on 2 April delivered an open letter to the national cabinet imploring governments to act.

The federal health department had approved a specific plan for people with a disability by 16 April.

Leading activist Rosemary Kayess said disability in Australia was to a large extent invisible, which amplified problems in times of social distancing and lockdowns.

"Many people live very sheltered and isolated lives because of the nature of their residential settings," she said.

"They don't have the resources or the accessibility to be out and about."

The royal commission had in March released a statement of concern calling on federal and state governments to protect and support people with disability during the pandemic.

Tammy Milne, who lives in northwest Tasmania, said she and her husband went without a support worker for four days when their carer was forced into precautionary quarantine.

Ms Milne, 55, has arthrogryposis which limits joint movement, while her partner has a physical disability.

"I had to rely on a friend who could assist me, as both my husband and I are unable to cook," she said.

Ms Milne said she phoned a government hotline for help but was passed on to an NDIS call centre which wasn't open on weekends.

"This pandemic has really illustrated the lack of understanding in the community of what people with disability go through," she said.

Ms Milne also said it was difficult to get personal protective equipment.

"I saw Prime Minister Scott Morrison saying that PPE was being provided and I'm like, ‘hello? Where's mine?’ There was none,” she said.

“A couple of weeks later a yellow manila envelope turned up in the mail with five homemade face masks in it. That was my husband's care provider that had sent those out.”

An Adelaide woman, who is a full-time carer for her four children aged 14 to 21 who have a disability, told the commission she felt forgotten.

The woman, who wished to remain anonymous, said she was receiving a carer's allowance of $9 a day.

Increase in violence against women

There had been an increase in violence against women with disability during the pandemic, the commission also heard.

About one in four women with a disability had experienced physical violence, an Australian Institute of Criminology survey found.

Three in four women who reported domestic violence said it was either the first time it had occurred in their relationship or violence had escalated in frequency or severity.

"We can't wait six months - that could be the difference between life and death," she said.

The government is expected to give evidence to the inquiry later this week.

The hearing comes after the royal commission into aged care heard damning evidence last week about Canberra's lack of planning in the sector and conflicting messages from various levels.