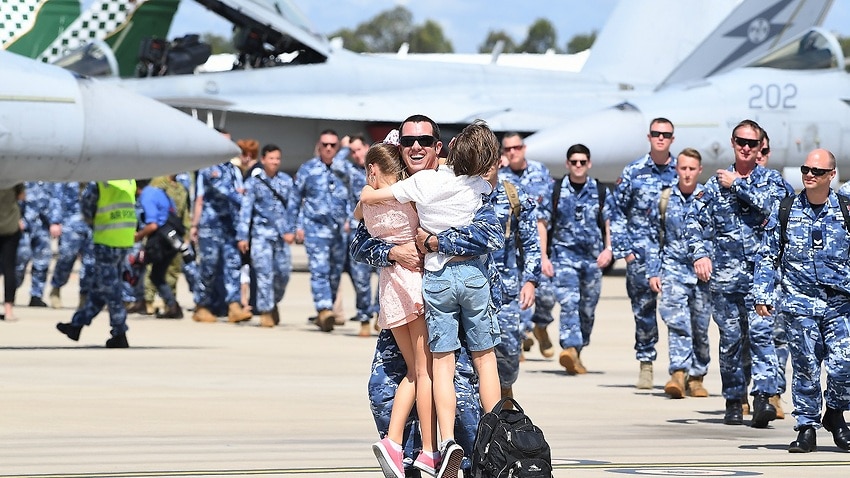 A returning officer is greeted by his children. Source: AAP

After more than three years and 21 thousand hours on deployment in Syria and Iraq, the final fleet of Super Hornet aircraft have returned to home soil.

“The effort to establish the Air Task Group and then to sustain this mission was outstanding and RAAF’s men and women have again proven themselves to be a professional fighting force,” Minister Payne said.

“These men and women have demonstrated the Australian Defence Force’s finest qualities in assisting our Coalition partners in the fight to defeat Daesh.

“I also acknowledge the valuable support our Air Force families provided while our serving members were deployed so far from home,” she said.

There were emotional scenes as families gathered by the tarmac, welcoming home their loved ones as they arrived at the Amberley base.

The Australian Defence Force has retained aircraft in the middle east, to support the US-led coalitions attempts to eliminate IS from the region.

In addition to the Air Task Group's ongoing operations, Australia's on the ground training mission will continue, using 380 personell.