Professional and volunteer firefighters have called on drought minister David Littleproud to support a royal commission into this summer’s horrific fires, a day after the United Firefighters Union Australia slammed the idea as an expensive waste of time. 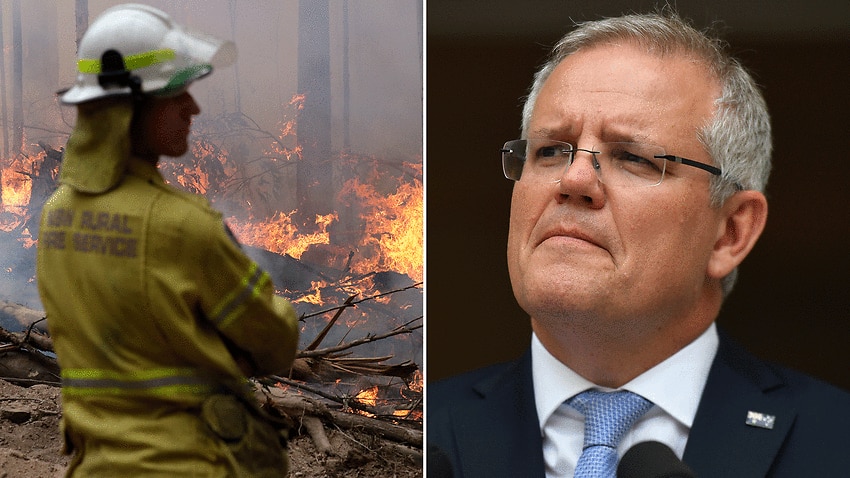 Firefighter's unions are urging politicians to call a royal commission into the bushfires as soon as possible. Source: AAP

Unions representing Australia’s professional firefighters are divided on whether a royal commission into the ongoing bushfire crisis should go ahead, issuing conflicting statements on behalf of their members.

In a letter addressed to Drought Minister David Littleproud on Wednesday evening, a coalition of state union bosses emphasised the need for a royal commission to take place as soon as possible, warning “delay could mean the loss of further life and property”.

They also listed matters that should be examined in the inquiry, including; the adequacy of resourcing, the welfare and health of firefighters, the need for improved communication technology and the need for more Commonwealth resources, such as aviation and ground fleets.

The statement was published hours after the national United Firefighters Union of Australia (UFUA) called on Prime Minister Scott Morrison to abandon plans for a royal commission and instead audit and implement the findings of past inquiries.

Members of the United Firefighters Union of Australia during a rally demanding a national approach to climate change in Canberra, December 2019. Source: AAP

Secretary of the South Australian United Firefighters Union (USU) Max Adlam, who is a signatory to the letter, acknowledged the difference of opinion.

“We have joined with a number of other states who feel that we need to make these statements and call for a royal commission, which I guess is at odds with the secretary of the UFUA,” Ms Adlam told SBS News.

The SA USU, Queensland USU, United Professional Firefighters Union of Western Australia and the NSW Fire Brigade Employees’ Union have broken away from the federal organisation, led by national secretary Peter Marshall, who is also the head of the Victorian branch.

In addition to the four state-based professional firefighters unions, the letter was also signed by the NSW Volunteer Firefighters Association and the Public Service Association of NSW.

“While there have been investigations and inquiries in the past, they haven't been at a national level in a comprehensive way,” Ms Adlam said.

“We do think that these are unprecedented times and fires of this veracity and heat in such a dry environment is not going to be a one-off. So, it is time for a national position to be developed in relation to matters such as coordination and resourcing.”

Urging Mr Morrison to abandon the idea, UFUA’s national secretary Mr Marshall said a royal commission was unnecessary because previous inquiries had already considered the deployment of defence personnel, the role of the Commonwealth in emergency situations, climate change and prescribed burning.

“Considerable resources are required to undertake a new, federal royal commission, including significant monetary expenditure, potentially hundreds of days of hearings, and cross-examination of witnesses," Mr Marshall said on Wednesday.

"Which is often a gruelling, emotional experience as the witness is forced to relive the trauma of the fire.”

Ms Adlam, however, said the legitimate concern of protecting witnesses from additional trauma needed to be balanced with the concern of “the trauma that is involved if we don’t get together and start organising on a national basis.”

Mr Drury said the royal commission following the 2009 Black Saturday bushfires had led to a “really good system” for managing bushfires being introduced in Victoria.

“In other states, we look to Victoria almost as a role model, they had a royal commission and got all their fire services, resources and budgeting sorted,” he said.

“That’s what we’re after, that sort of oversight and investigation into how we can follow in those footsteps.”

Victoria, along with NSW, has already announced plans for a state-based inquiry into this summer’s unprecedented fire season.

Mr Morrison is preparing to take a proposal for a bushfire royal commission to the federal cabinet. The proposed inquiry would look at the potential for a national state of emergency and how to build resilience to future fires.