A report by researchers at the Murdoch Children's Research Institute highlights the importance the first 1,000 days has on a child's development and health.

Disadvantage can be passed down through the generations at a cellular level and the importance of the first 1000 days of life for children's health and wellbeing can not be overstated, authors of a new report say.

A research review by experts at the Murdoch Children's Research Institute, funded by the Bupa Health Foundation, shows how a child's development is significantly affected by the biological and physical environments they occupy during this vital period.

There is a growing body of evidence which shows that experiences during this period can have long-term consequences for a person's health and wellbeing. Put down booze, it's killing you, new research shows 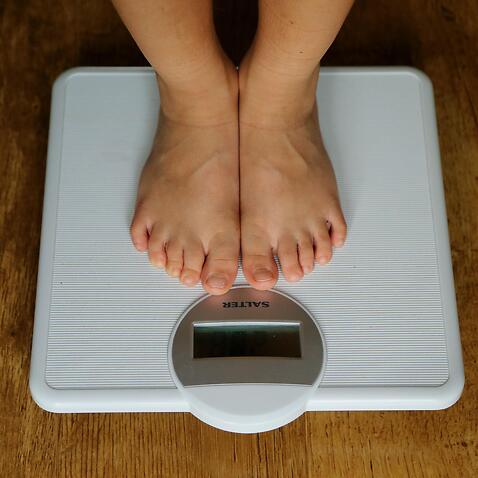 Dr Tim Moore, a senior research fellow at MCRI, says the newer evidence they looked at is both "astonishing and scary".

"The first thousand days is a period of maximum developmental plasticity, that means it's the period during which as an organism we are most susceptible to change by environmental experiences, and those changes can have lifelong consequences," Dr Moore told AAP.

It is hoped the report's release on Monday will raise greater awareness about the importance of this period.

Researchers examined all available research on development during the first 1000 days of life from conception to the end of age two.

Some of the most "astonishing" evidence relates to role the human microbiome has on health during this time, says Dr Moore.

The microbiome refers to the billions of good and bad bacteria that lives on and in the human body, particularly in the gut.

Dr Moore says any change in the abundance, or composition or diversity of these micro-organisms can have significant health consequences.

"So if we overuse antibiotics with very young kids then we can reduce the diversity of bacteria in their gut, or if we do too may caesarean-section births that will alter the way in which they gain the compliment of bacteria," Dr Moore said.

Another key finding of the report is the impact of trauma - such as domestic violence - and chronic stress caused by poverty and other prolonged negative experiences have on the developing foetus.

Biologically, high levels of maternal stress can result in an increase in the mother's cortisol production which can enter the baby's brain via the placenta and the umbilical veins, one paper showed.

Research has also shown chronic stress impacts a persona's genetics by shortening telomeres - the protective caps at the end of chromosomes.

"Telomere shortness and stress have independently been associated with several common conditions, such as cardiovascular disease and diabtes," the authors wrote.

"When this attachment process is interrupted, the child's brain places an emphasis on developing neuronal pathways that are associated with survival, before developing those that are essential to future learning and growth."