The attempt was carried out by a faction within the Turkish Armed Forces that organized themselves as the Peace at Home Council.

Just before midnight on July 15, 2016, a tear-stained anchor-woman, clearly under duress, appeared on Turkish state television to announce the purported seizure of power by the army.

Shortly after she read the statement,  said to be in the name of the armed forces, war planes bombed Ankara and tanks surged into the streets of Istanbul in a night of violence that left 249 people dead.

But 12 hours later, Prime Minister Binali Yildirim was able to appear outside his offices to declare that this "ignominious bid" to seize power "has been defeated".

The coup's defeat was rapid and the consequences merciless, as the biggest crackdown in Turkish history targeted supporters of the US-based preacher Fethullah Gulen, who was blamed for the coup but denies the charges.

Yet questions remain over the timeline of the events on July 15, with Turkey's opposition looking for answers with increased stridency.

How come the coup erupted undetected by Turkey's vast intelligence service and was then put down so quickly? 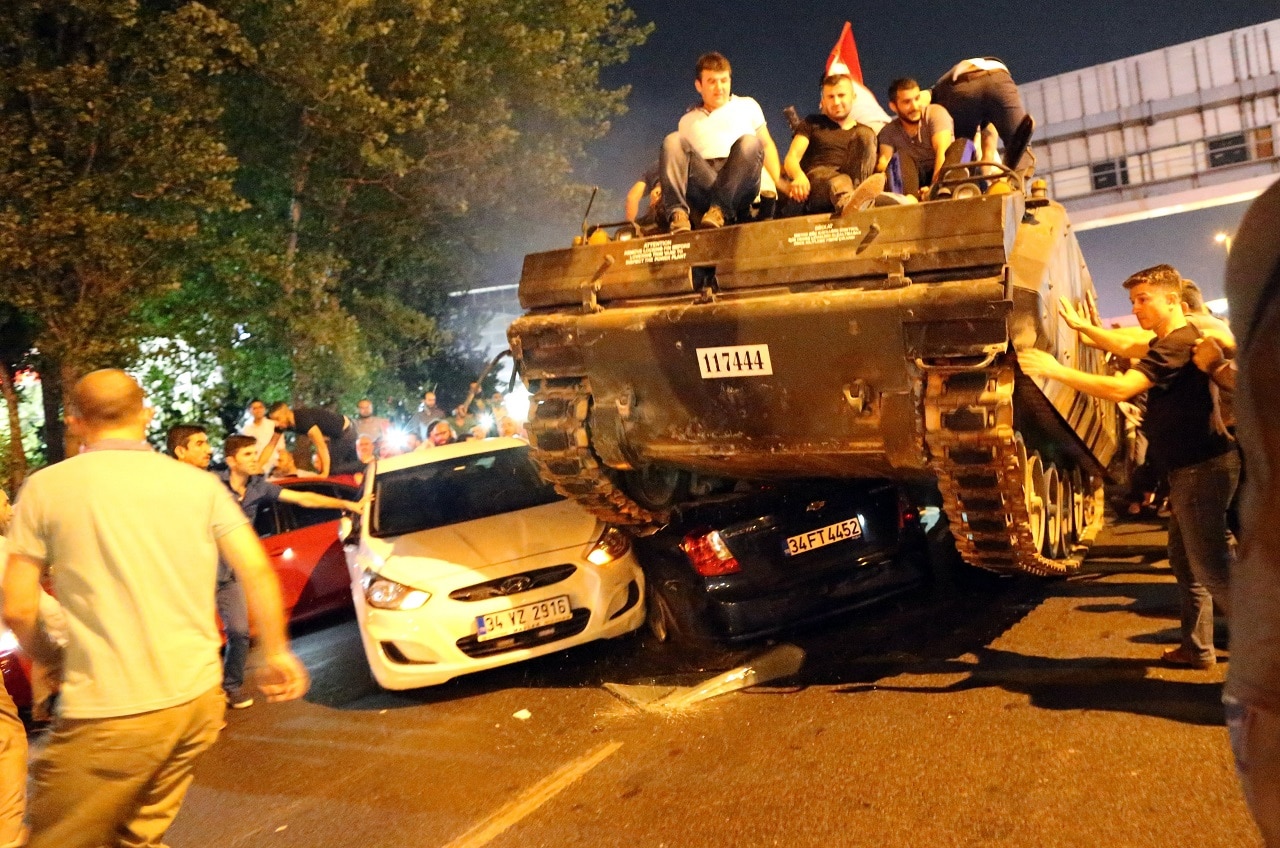 (FILE) - People on a tank run over cars on a road in Istanbul, Turkey, July 2016.
AAP
Why was information garnered on the afternoon of July 15 that something serious was afoot not shared with President Recep Tayyip Erdogan?

And why have key figures failed to give personal testimony to a parliamentary commission supposed to investigate the failed coup bid?

"We are not seeing an open investigation. It's been very, very disappointing and in fact very frightening," Gareth Jenkins, Istanbul-based non-resident senior research fellow at the Silk Road Studies Program told AFP.

The government insists that it is not hiding anything and has decried claims of a cover-up as an insult to those who lost their lives defeating the coup.

Witness testimonies published in Turkish media from a parliamentary commission and trials of suspects showed intelligence chief Hakan Fidan and the head of the military, General Hulusi Akar, were aware of a plot as early as the afternoon of July 15.

An army helicopter pilot, identified only as Major O.K. went to the headquarters of the spy agency in Ankara at 2:20 pm on the afternoon of July 15 and warned officials that some action -- at least against the National Intelligence Service (MIT) was afoot.

"I said there could be a massive action and even a coup," the witness reportedly said. "I remember very well that I used the word 'coup'." 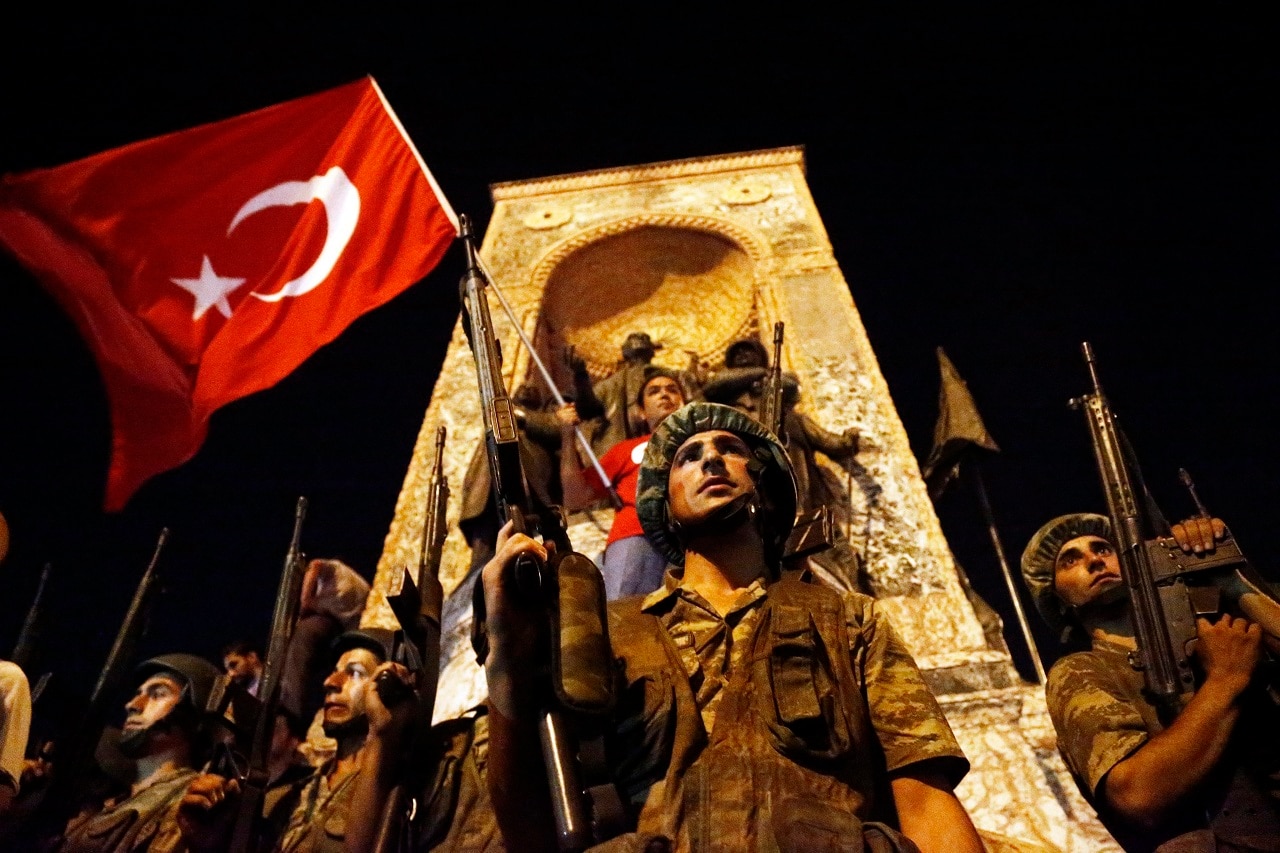 The warning was passed on by the MIT to the army at around 4:30 pm. Fidan then met with Akar.

Yet Erdogan said he found out about the failed putsch from his brother-in-law late in the evening of July 15, not from the secret service.

Akar was held by the coup plotters throughout the night. He returned to central Ankara by helicopter in the morning, accompanied by General Mehmet Disli, who was later arrested on charges of being one of the key plotters.

Special forces commander Zekai Aksakalli reportedly criticised the top military commander for his failure to shut Turkish airspace to all flights while he has also been criticised for not confining soldiers to barracks that night.

In October, a parliamentary committee made up of lawmakers from political parties represented in the parliament started investigating the failed coup.

The opposition demanded both Fidan and Akar be called to appear. But the calls were rejected by the ruling party.

"We are not prosecutors, nor judges. We will not convict anyone. We only wanted to receive a response to our questions," Sezgin Tanrikulu, MP from the main opposition Republican People's Party (CHP), told AFP.

"Unfortunately, they kick this opportunity away... and the question marks will continue to hang," Tanrikulu, who is a member of the committee, said.

After listening to former army chiefs, a former spy chief as well as bureaucrats and witnesses, the committee was ordered to wrap up its work in December, one month earlier than scheduled.

"It may be that the government has something sinister to hide. Maybe it is just hiding its own incompetence because of the response to the coup. It was very, very chaotic, it was not well organised," said Jenkins.

"We hope eventually that the truth will come out," he added.

The CHP's leader, Kemal Kilicdaroglu, had infuriated the government by using the term "controlled coup" -- claiming the authorities knew in advance about the plot, allowed the coup to play out in order to profit from it later. 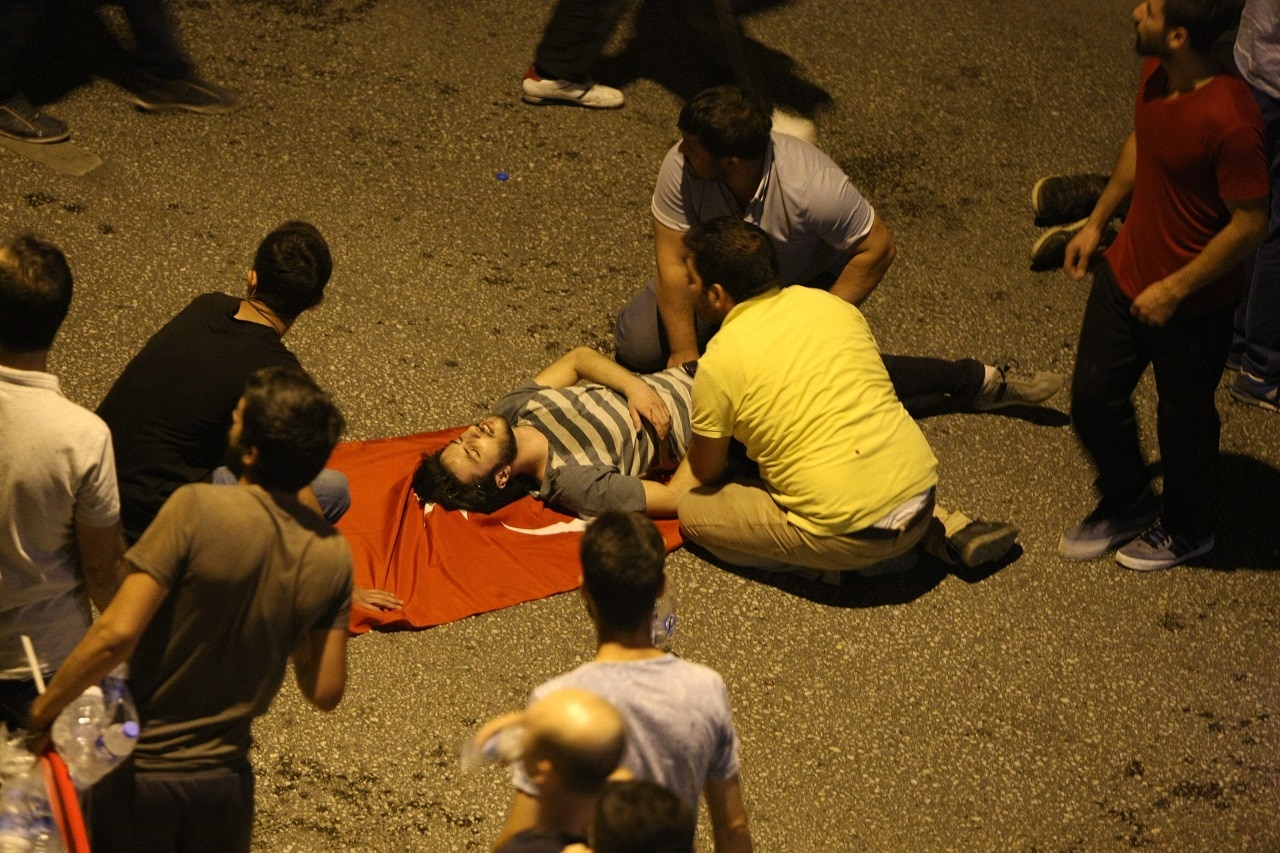 Testimony has suggested that in fact the plotters wanted to launch the coup at 3:00 am on the morning of July 16 but brought forward the plan to around 10:00 pm on July 15 after authorities got wind of it.

Questions also linger over who was behind the coup and which political leaders the plotters wanted to take over should it have been successful.

The government says that the plot was a straightforward attempt to take over power by Gulen's group, which it calls the "Fethullah Terror Group (FETO)".

But some observers see the reality as more nuanced. "It was probably an alliance of circumstance between Gulenist, Kemalist (secular) officers and opportunists," said a European diplomatic source. "It was badly prepared and badly executed." 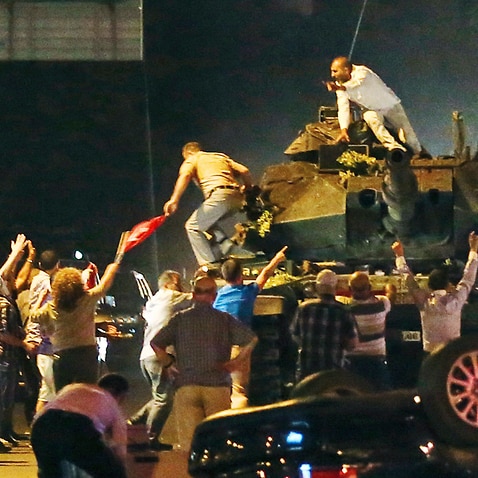 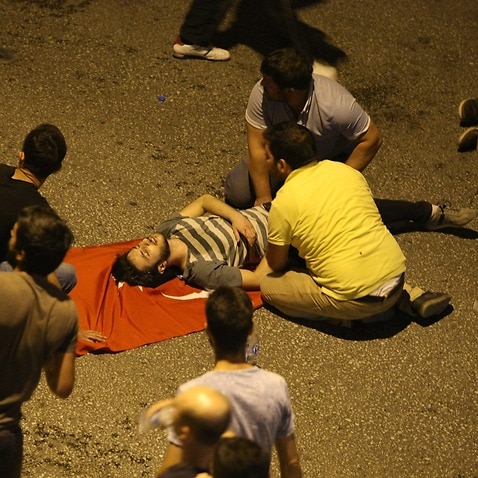