Esma Voloder, the first Muslim woman to win Miss Australia is on her way to China to compete in Miss World.

The 25-year-old was the first Muslim to be crowned Miss Australia back in July, and is travelling to China this week to represent Australia in the Miss World beauty pageant.

Esma Voloder was born in a refugee camp after her family escaped war-torn Bosnia, and she grew up in Australia.

Ms Voloder is also a psychology graduate and criminal profiler who has publicly expressed her support for same-sex marriage.

Her selection as the Australian representative sparked some contention, with competition organisers claiming phone calls had been made to the organisation asking: “how did you let a Muslim win?”

but the criticism hasn't stopped Ms Voloder from continuing to express her views.

Back when she was presented with the Miss Australia title, she told SBS: "I've forgiven [the critics] because I don't know their intentions behind why they say what they do. I came in here to do the best that I can in terms of fulfilling my belief which is doing charity and doing good work." 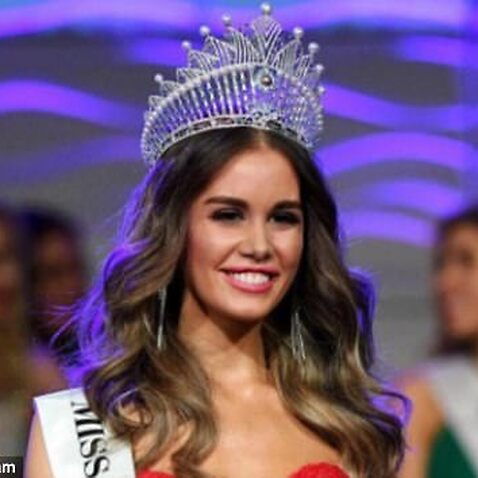 She told the Daily Telegraph: "I am not a representative or a teacher of Islam. I try to be really careful with what I say because I just do the best I can from my understanding.

“Whether it is about my faith or my looks, criticism is something that is to be expected. Coming from a psychological background, I guess I am just trying to learn how to remain positive.”

She also expressed her support for same-sex marriage to the publication.

"I think it is Australian culture to have acceptance and these are the things we should continue to focus on and continue to talk about with respect. I believe that everyone has equal rights,” she said.

The winner of Miss World will be announced on November 19.

As she began her trip to China, Ms Voloder wrote on Instagram that it was a "once in a lifetime" opportunity and that she was looking forward to "whatever is to come" and "showcas[ing] our country".

The competition has run since 1951 and is watched by about one billion people around the world. It also runs the Beauty with a Purpose initiative to raise funds for charity, and as part of the application process, contenders take part in volunteering or fundraising in their home country.