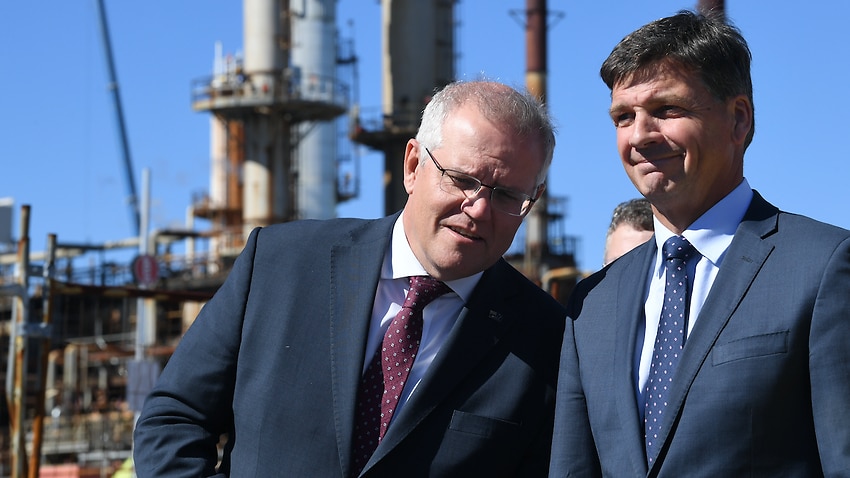 Prime Minister Scott Morrison may be warming to a net zero emissions target by 2050, but Australia is still far from adopting it – largely thanks to resistance from the National Party.

Should Mr Morrison fail to get the policy over the line, he will no doubt point to the government’s low-emissions technology roadmap as evidence the government still has a climate plan.

But a vague plan is not enough. That was confirmed by a recent analysis showing Australia’s climate policies are insufficient and have inevitably led to investment in new fossil fuel projects.

Reaching net zero emissions will require intense policy focus, private investment and clear accountability – conditions only a firm numerical target can provide. Here are five reasons the Morrison government must, at a minimum, set a target of net zero emissions by 2050.

1. Give certainty to investors

Australia’s business community has been urging a national net zero target to create certainty for investors.

In just one example, the AUD$2 trillion Investor Group on Climate Change recently called on the Morrison government to adopt a stronger climate policy. As chief executive Rebecca Mikula-Wright, told The Australian: "We have to be able to invest with certainty for the long term if we’re going to invest billions of dollars in capital".

The New South Wales Coalition government has set a target of net zero emissions by 2050, with an interim target of 50 per cent emissions reduction by 2030. It expects those targets will stimulate up to $37 billion in private-sector investment.

Research into emissions reduction in South Australia shows how setting a strong emissions-reduction target provides a framework for government policy.

In 2002, the state’s then Labor government adopted a target of 26 per cent renewables generation by 2020. It marked the beginning of consistent and coordinated climate policy, making the state more attractive to investors than other states with weaker policies.

The target was backed by government action. New laws encouraged wind farms in areas away from towns and homes, and the projects were underwritten by state government supply contracts. And as coal generators closed, the state government-funded new employment opportunities for affected workers.

The state now has a target of 100 per cent electricity from renewables by 2030 – one that has been embraced by the current Liberal government. It continues to create the market conditions for increased investment in renewables technology.

Likewise, in NSW the net-zero target has triggered supportive government policy, such as seeking private investment in pumped hydro storage schemes and planning for massive investment in solar and wind.

A numerical emissions target means a government can be held to account. When targets are accompanied by the appropriate reporting mechanisms, it’s clear if they’re being met.

This accountability can be seen in the United Kingdom. There, a group of climate scientists recently warned the nation risked missing its 2035 emissions-reduction target by a long way because government policies were insufficient, and new commitments too slow.

The UK has set a target of net-zero by 2050, and missing its interim targets would put that longer-term goal at risk.

Such targets acts as a gauge against which government progress can be evaluated. In Australia, this happens in other policy areas such as regular Closing the Gap reports, which measure progress towards targets in areas such as health, education, employment and life expectancy.

And following delays in getting people vaccinated against COVID-19, Australia’s vaccination targets now establish benchmarks against which governments are being assessed.

If Australia continues to lag the world on climate policy, we will suffer a real economic cost.

From 2026, the European Union will apply border charges to carbon-intensive goods from countries such as Australia without a carbon price or a 2050 net-zero emissions target. Other nations are considering similar measures.

Australia already has a poor reputation on climate action, dating back to the 1997 Kyoto conference where the Howard government demanded special treatment. Among the demands were a uniquely generous target whereby our national emissions would actually increase by 8 per cent above 1990 levels.

Our international reputation as a climate pariah has only worsened in the decades since. Now, even key allies such as the United States and UK are calling on Australia to lift its game.

Read More
'Lagging at the back of the pack': Australia's energy transition among worst in OECD, research finds

Australia must urgently change the way it’s perceived on the world stage, by setting a net-zero target that shows we’re making a serious contribution to the global climate effort.

5. Give the government credibility at home

Setting a net-zero target would give the Morrison government some chance of restoring its credibility on climate policy before the next election.

At the 2019 general election, the loss of Tony Abbott’s seat of Warringah to pro-climate independent Zali Steggall sent a warning to Liberal MPs, even those in blue-ribbon seats, that they’re vulnerable on climate policy.

The 2019-20 bushfire season was a brutal reminder to Australian voters that climate change is happening now. The federal government is yet to show the community it understands the need to respond.

Even if Australia adopts a 2050 target, however, it’s not enough. The timeline is so long, today’s politicians can get away with doing very little now. And by the time 2050 rolls around, it will be all but impossible to hold them to account for today’s failures. Very few will still be in public life, if they’re alive at all.

So if the Morrison government does want to show it takes climate policy seriously, it must set a credible 2030 target. The current goal – a 26-28 per cent emissions reduction based on 2005 levels – is totally inadequate.

A responsible target, with a finish line just eight years away, would give the Morrison government the laser focus it needs to get Australia on the path to net-zero.

Ian Lowe is an emeritus professor at the School of Science at Griffith University. He received funding from the National Energy Research, Development and Demonstration Council in the 1980s for a study of Australia's energy needs to 2030. He is a past president of the Australian Conservation Foundation.