The United Nations Office for the Coordination of Humanitarian Affairs confirmed 97mm of rain inundated Kandahar city and surrounding districts. 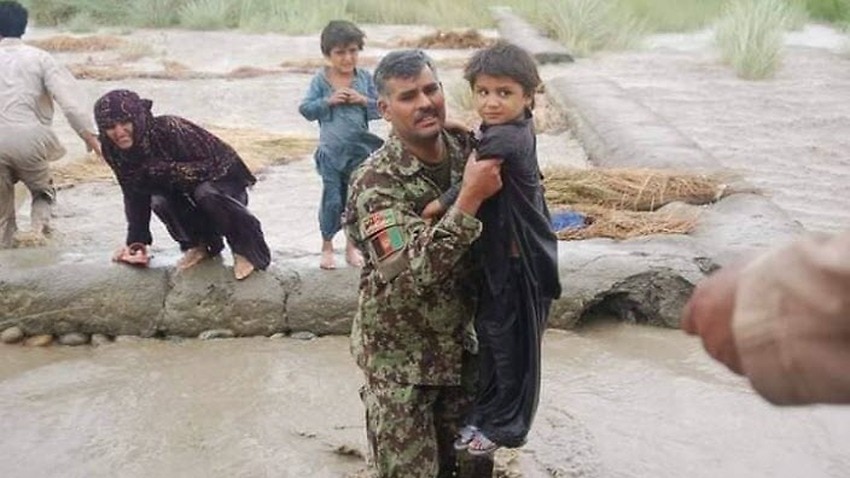 Over 20 people were killed by flash floods in southern Afghanistan's Kandahar province, the UN said Saturday, as heavy rains swept away homes and vehicles and potentially damaged thousands of houses.

The United Nations Office for the Coordination of Humanitarian Affairs said widespread flooding inundated Kandahar city and surrounding districts in the province, with 97mm of rain falling in affected areas in the last 30 hours.

"At least 10 people, including children, are still missing," said the UN agency in a statement.

"It is anticipated that up to 2,000 homes may have been damaged", with severe damage to infrastructure also being reported.

Kandahar's deputy governor Abdul Hanan Moneeb said the flooding was the worst in at least seven years, with many nomadic herders camped in the area swept away by the floodwaters along with their livestock.

The official added that 400 families have been rescued by the Afghan army since the flooding began late Friday night.

Rescue operations, however, were largely delayed due to heavy rainfall, Raziq Shirzai, the provincial commander of the Afghan air force, told AFP.

Disasters such as avalanches and flash floods often hit mountainous areas and river valleys of Afghanistan as snow melts in the spring and summer. It is made worse by deforestation.

Heavy snowfall across large swathes of Afghanistan this winter has raised fears of severe flooding as spring approaches, following years of devastating drought in the country.

Nearly 50 people have been killed as of February 12 due to flooding in Afghanistan so far this year, according to the UN.