Planes had already begun landing just before dawn on Wednesday, after the airport - one of the largest in the region - had been totally shut for several hours following the attack the previous evening which was focused on the arrivals terminal.

Delays remained widespread after hundreds of flights were cancelled or postponed immediately after the attack.

Turkish Airlines, which had to cancel more than 340 flights, was offering refunds or alternative tickets, but there still was chaos for many travellers. 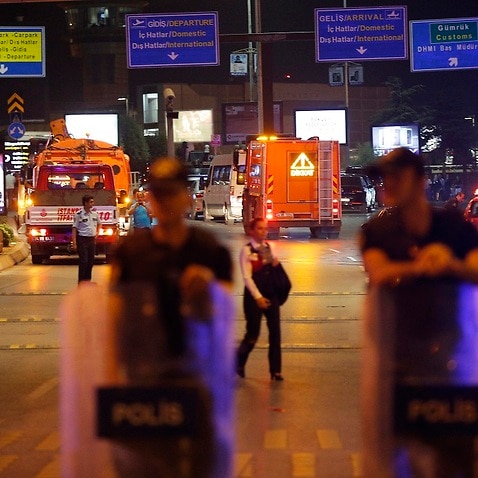 The attack comes as Turkey's key tourism sector is already being battered in recent months by terrorist attacks and a diplomatic row with Russia.

The number of foreign visitors decreased by 35 per cent in May, the latest in a string of steep monthly declines.

The building's exterior and interior had suffered some damage in the multiple explosions and gunfights between police and the assailants. 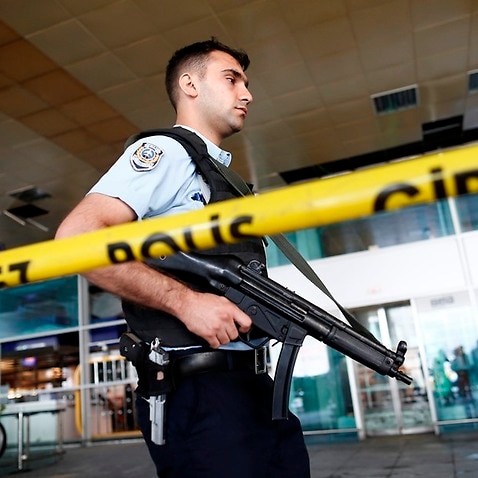 Three suicide bombers struck on Tuesday around 9.20pm on Tuesday (0420 AEST Wednesday), killing 36 people besides themselves and leaving an estimated 147 wounded, with foreign nationals among the dead and injured, officials said.

Witnesses reported explosions and gunfire at different points in the international area of the airport.

Islamic State was the primary suspect, said Prime Minister Binali Yildirim, who visited the airport overnight and announced it open to inbound and outbound flights.

The US State Department had issued a warning of "increased threats" in Turkey on Monday. US aviation authorities grounded all flights to and from Istanbul after the attack.

One of the attackers detonated explosives inside the terminal by a security check, while another blew himself up outside the terminal and the third in a parking area, Turkish officials said.

Ataturk has security checks with X-ray machines and metal detectors both at the entrance to the terminal, before the check-in counters, and again by passport control.

Tuesday's attack was the worst in Istanbul in more than a decade. IS has been blamed for a number of attacks in Turkey over the past year. 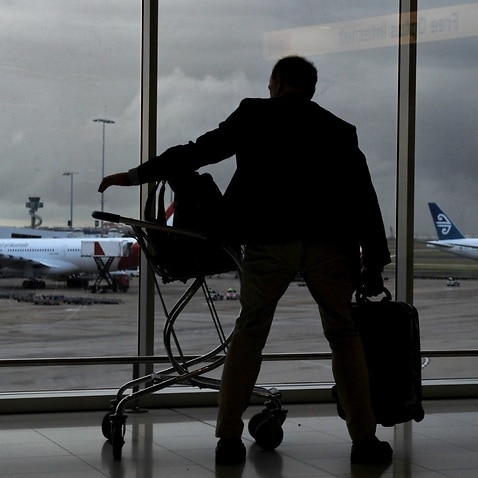 Three weeks ago, 11 people were killed in an attack near Istanbul's historic Grand Bazaar, claimed by a Kurdish splinter group.

There were two other attacks in the city this year, both blamed on IS, plus car bombings in the capital Ankara.

In December, Sabiha Gokcen airport in Istanbul was hit by mortar fire claimed by the Kurdistan Freedom Falcons, killing at least one staff member. IS militants behind Istanbul airport attack that killed 36: Turkish PM