What message do members of the media give when public warnings about being safe in storms are ignored?

First Hurricane Irma ripped through the Caribbean, then it pounded the south east US state of Florida while social media lit up in reaction to an on-location CNN journalist who narrowly avoided being hit by a falling street sign.

Kyung Lah was live on air for CNN on Sunday when the 160km/h winds begun pushing her around. Moments later a street sign came crashing down just metres away from the reporter.

CNN's Bill Weir was also live on air in Florida's Key West as it was bombarded with powerful winds, while NBC News correspondent Miguel Almaguer was forced to take safety measures by strapping himself to a building in order not to be blown away.

CNN's Kyung Lah braves the winds of Hurricane Irma and is nearly hit by a falling street sign.
CNN

While many on social media hailed the bravery of reporters such as Kyung Lah, others were bewildered at the danger the journalists were in.

"Get your reporter inside. We're okay with it," one Twitter user wrote.

Why do you insist on putting the lives of your people at risk like this???

Miguel Almaguer has literally harnessed himself to the building. This storm is no joke. pic.twitter.com/CA2XbWtZ5Z

A user wrote: "This is so unnecessary. The whole nation knows Irma will hit Florida hard."

"Getting blown away doesn't jive with statement that reporters have a safe place. Looks like you're modeling foolish and reckless behavior," another wrote.

"@cnn and @MSNBC I have had to turn off your coverage because the sight of these young reporters deliberately endangered is too upsetting," another wrote.

Manager of Media and Communications for State Emergency Services New South Wales Phil Campbell undertook the prestigious Churchill fellowship and studied the affects of reporting in natural disasters in countries such as Australia, the UK, New Zealand, the US and Canada. 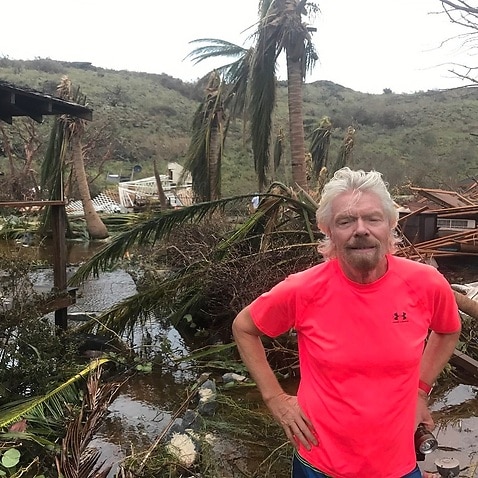 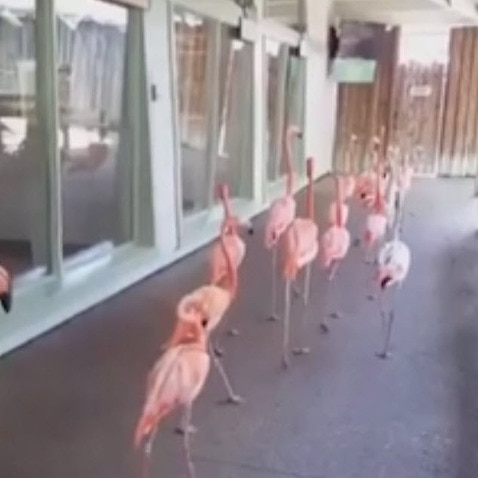 “So these sorts of images are really quite concerning because reporters often occupy a fairly privileged place in the community.

"When they go in front of their viewers or go online and model unsafe behaviour, they are affectively saying to people, I am doing this as a trusted member of the community, it’s tacitly ok for you to do those sorts of behaviours too."

When interviewing journalists around the world, Mr Campbell found reporters were willing to put themselves in harm's way to get a dramatic shot for a competitive edge.

If broadcasters aired the footage, this could lead to a "risk culture" to gain the best footage within organisations.

"Often there is a lot of pressure on reporters to try and get the shot,' Mr Campbell said.

"It was made clear when there is a natural disaster, there is a great deal of pressure on the journalist to get the dramatic footage that is going to give them some form of comeptitive advantage."

Mr Campbell said the SES are working with journalists to promote a postitive message and with new technology able to access natural disasters there is no need for reporters to be at risk.

"The responsibiliy of the news services should be helping the community and showing them the right way to stay safe, not modelling behaviours that might put them at further risk," he added.

The veteran, who has covered hurricane for 25 years, said the visual proof of the severity of the natural disaster will deter the public from following in their footsteps.

.@mikebettes had to retreat to vehicle for a moment here pic.twitter.com/Gh5TjHVOFj

“I think it’s a fair question: why would you have reporters standing potentially in harm’s way who are telling people to do exactly the opposite?” Mark Strassmann, a CBS correspondent, told the New York Times.

“Part of that is that television is all about visual proof,” he said. “You want to persuade people that what they’re seeing is real and matters to them. And if they can see me standing out there getting knocked around, it’ll convince them that they should not do the same thing.”