Ford scuttled a plan to build a new factory in Mexico Tuesday following criticism from Donald Trump, and just hours after the president-elect attacked General Motors for importing Mexican-made cars into the US.

Following months of criticism from Trump for its investments in Mexico, Ford said it was spiking a plan to build a new $1.6 billion plant in San Luis Potosi, and would instead invest $700 million over the next four years to expand its Flat Rock Assembly Plant in Michigan to build electric and self-driving vehicles.

Ford chief executive Mark Fields said the second-biggest US automaker was hopeful Trump's policies will boost the US manufacturing environment.

"It's literally a vote of confidence around some of the pro-growth policies that he has been outlining and that's why we're making this decision to invest here in the US and our plant here in Michigan," Fields told CNN. 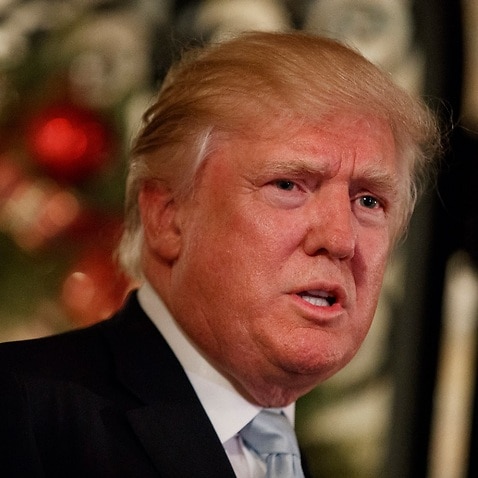 Republicans lock horns with Trump as new Congress sworn in

Earlier, GM became the latest multinational to end up in Trump's line of fire -- via Twitter as usual -- with the president-elect  threatening to impose and tariff on GM's imports of a small number of Mexican-made Chevy Cruze cars to the US.

Trump took to Twitter again to crow about the Ford reversal. He posted a Fox News story with Ford's logo touting the announcement. In a second Twitter message, Trump said: Instead of driving jobs and wealth away, AMERICA will become the world's great magnet for INNOVATION & JOB CREATION."

"@DanScavino: Ford to scrap Mexico plant, invest in Michigan due to Trump policies"https://t.co/137nUo03Gl

Ford said Tuesday's moves would result in the additional of 700 new US jobs during the next four years. Ford said it would continue to develop its next generation Ford Focus at an existing plant in Hermosillo, Mexico.

The moves signal the president-elect, who has blamed international trade agreements for killing millions of US jobs, likely will loom large over next week's Detroit auto show, when the US industry's biggest executives gather to show off their new models.

Meanwhile, GM responded to Trump's Twitter attack with a statement emphasizing that the vast majority of its Cruze cars sold in the US are made in Ohio, with just a small percentage imported from a plant across the southern border.

What is clear is that automakers and other multinationals are leery of Trump's tough talk on trade and his willingness to single out individual companies by name if they fail to toe the line: Carrier, Boeing and Lockheed have all be the subject of Twitter attacks in recent weeks.

Trump vowed on the campaign trail to impose a 35 percent import duty on cars produced in Mexico, and he has also pledged to tear up the North American Free Trade Agreement with Canada and Mexico.

Trump charged that NAFTA and other trade agreements were responsible for the loss of millions of American manufacturing jobs. NAFTA permits cars to be sold duty-free within the US, Canada and Mexico if they are at 65 percent made in the bloc.

Earlier Tuesday Trump announced his nomination of protectionist lawyer Robert Lighthizer to serve as US trade representative, saying he "will do an amazing job helping turn around the failed trade policies which have robbed so many Americans of prosperity."

Lighthizer served as deputy US trade representative when Ronald Reagan was president in the 1980s, when the focus was on attacking Japan for its huge exports into the US market.

Lighthizer said in the statement: "I am fully committed to President-elect Trump's mission to level the playing field for American workers and forge better trade policies which will benefit all Americans."

Leading business lobbies such as the Business Roundtable have cautioned other governments could retaliate against the US for tariffs, threatening key markets for US companies.

"Any significant tariff increase within the North American region would impact the auto industry greatly and that just really makes the industry ... much less competitive," said Christopher Wilson, deputy director of Mexico Institute at the Wilson Center, a Washington think tank.

The penalty comes in the midst of a war of words between Trump and Chinese media, after the billionaire Republican businessman suggested he may reject the One China policy unless Beijing makes concessions on trade and other matters.