Attorney-General George Brandis says new laws to deal with espionage and foreign interference will be brought to parliament by the end of the year.

New laws to curb the influence of spies and ban foreign political donations will be introduced to federal parliament before the end of the year.

Attorney-General George Brandis confirmed on Tuesday a review of Australia's espionage and foreign influence laws had been completed. 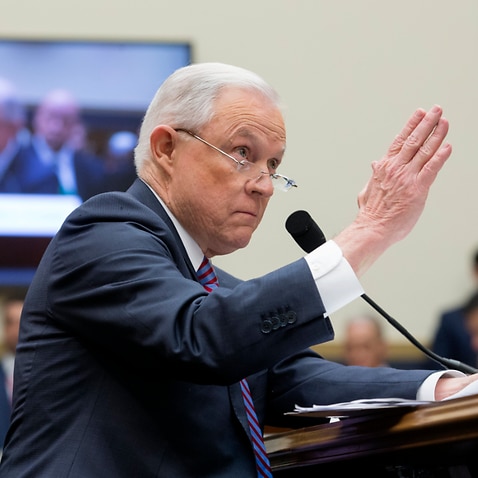 Day of mourning after hundreds killed in Iran-Iraq border quake

He said the government will put forward draft laws with a suite of changes addressing political influence from other countries.

"The threat of covert foreign interference is a problem of the highest order and it is getting worse," Senator Brandis told parliament.

The draft laws will seek to:

The American laws, which began in 1938, require people acting as agents of foreign principals in a political or quasi-political capacity to disclose on a website their relationship with the foreign principal, as well as their activities, receipts and spending.

The proposed changes come after media reports earlier in the year of Chinese Communist Party influence over the Liberal and Labor parties.

'Words can't describe the pain I am feeling': How Kobe Bryant's death shocked the world