She's joining Toll Global Express as the new CEO and plans to grow its eCommerce sales and delivery operations in competition with her old employer.

"It's doing something I absolutely love, which is growing a business, it's a big national infrastructure business, so it's all about eCommerce and trade and they are things I'm passionate about," she told Nine News on Monday.

Asked if she thought Australia Post might be a bit worried, Ms Holgate said she hoped "they will give me a bit more of their business ... competition actually does make you a bit stronger". Ms Holgate left Australia Post in November after a political furore erupted over the gifting of four Cartier watches worth a total of $20,000 to executives some years ago.

Ms Holgate claims she was bullied and unlawfully stood aside over the issue, but the Australia Post board and government has countered that she resigned. Prime Minister Scott Morrison had attacked Ms Holgate in parliament over the issue declaring she could "go" if she didn't stand aside.

While Mr Morrison refused to apologise to Ms Holgate, he has said he regrets any distress his statement during Question Time may have caused. 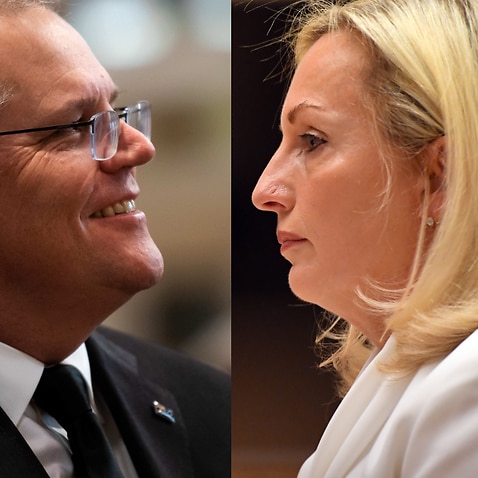 Earlier this year, she threatened legal action before Australia Post agreed to mediation.

Ms Holgate on Monday declined to give an update on the process citing confidentiality.

"I've got nothing to hide," she said.

"I want us all to heal now and move forward."